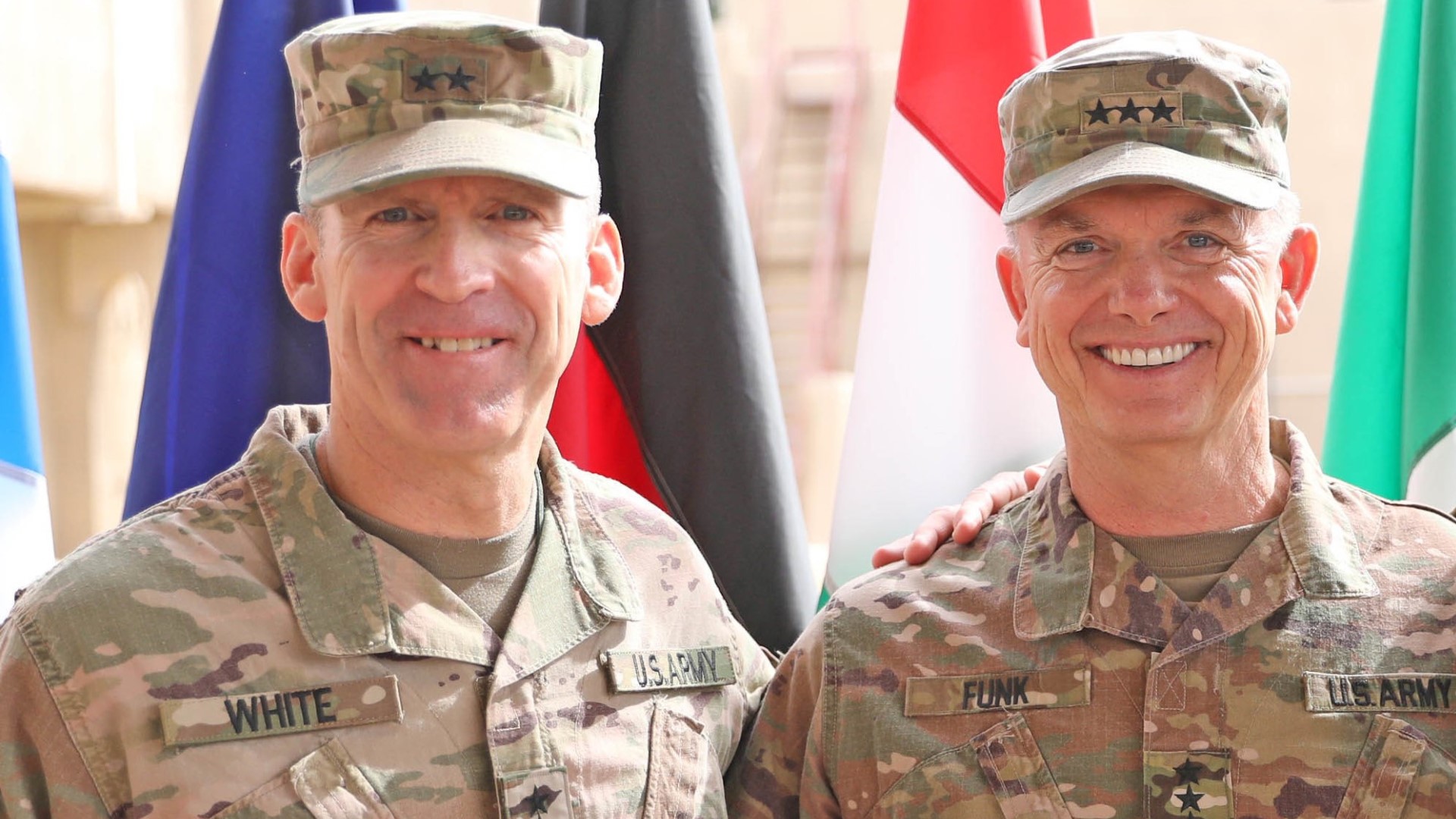 FORT HOOD, Texas — The U.S. Army selected Maj. Gen. Pat White as the new commanding general of III Corps and Fort Hood, according to a press release from Fort Hood.

The U.S. Senate confirmed White on May 23 for his appointment to the rank of lieutenant general and new assignment on Fort Hood to become the 61st leader of the III Corps.

"I stood on the shoulders of many and I will continue to allow my shoulders to be stood on," White said at Wednesday's change of command ceremony on Sadowski Field. "I am committed to giving this Corp the leadership it requires."

White praised his new soldiers for the international respect they have earned.

"You've got a phenomenal reputation as a fighting force and the hammer of the United States proceeds you across the globe," White said.

Lt. Gen. Paul Funk will be promoted to four stars and serve as commanding general of U.S. Army Training and Doctrine Command after he leaves Fort Hood.

Funk began his speech with a simple introduction: "My name is Funk and I am a Phantom Warrior, at least one last time."

As Funk prepared to leave his hometown of Fort Hood, his final remarks echoed his opening line.

"As I said when I started, my name is Funk, and I am an immensely proud Phantom Warrior. Phantom Ready, Phantom Strong," Funk said.

White was the director of operations for the United States European Command. He and his wife will move from Stuttgart, Germany to Fort Hood by the end of the month.