Michael Kiefer, the new director of the Temple VA, is a veteran of the United States Army and a former Colonel. 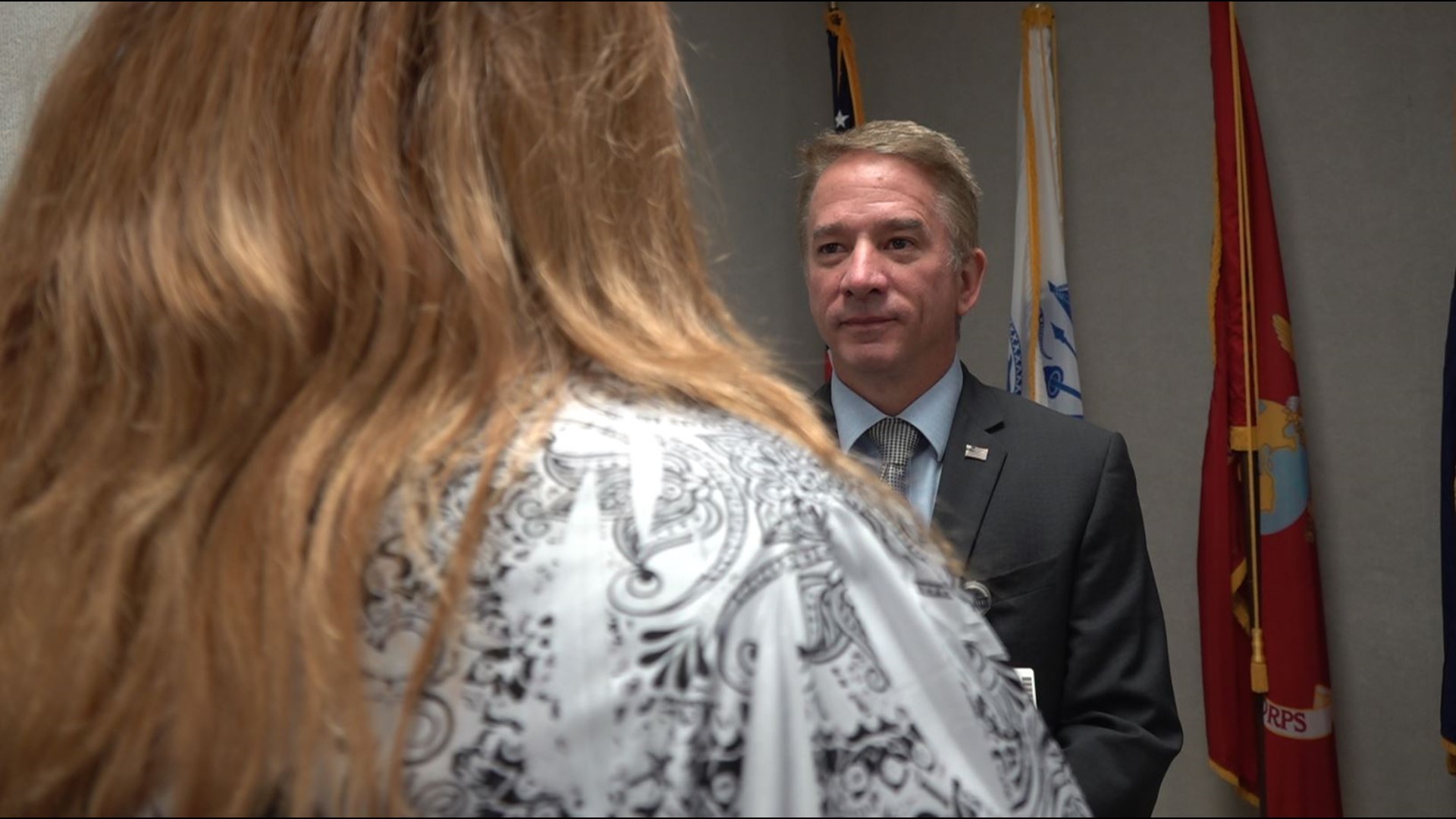 TEMPLE, Texas — Michael Kiefer, the new director of the Temple Veterans Association, is a veteran of the United States Army and a former Colonel. On Thursday, he had the chance to meet and greet workers and volunteers, many of whom are veterans themselves.

"It was sort of a natural bridge from treating active duty and their family members to treating my brothers and sisters as we sort of all age together," Kiefer said.

Keifer said quality of care is one of his first things he wants to address.

He said access of care is one of the cornerstones of good healthcare, and when a veteran calls, there should be someone to answer that call.

Kiefer is also a fan of the new VA Mission Act.

He's heard criticisms of the act, but he said as federal law, it's not going anywhere. Building a solid quality product is key to moving forward.

"The VA is a place veterans come to so they can fellowship with," he said.

People who attended the meet and greet also noted that Kiefer isn't a newcomer. He's a veteran with experience, which they like.

"His knowledge of the scope of things is not just localizing, per say, for the Central Texas area but it is bigger than that," Arcadio Vazquez-Lopez said.

Kiefer said while he's only been the director for a couple weeks, he wants veterans to know his commitment to them is only going to grow.

"Both our men and women veterans should know they have a safe and effective modern place to come where their service is honored," Kiefer said. "A place where they can mingle together and enjoy the veteran experience, which to me, is beyond the patient experience."