The ongoing effort comes on the heels of 16 months of unrest and deaths at the installation. 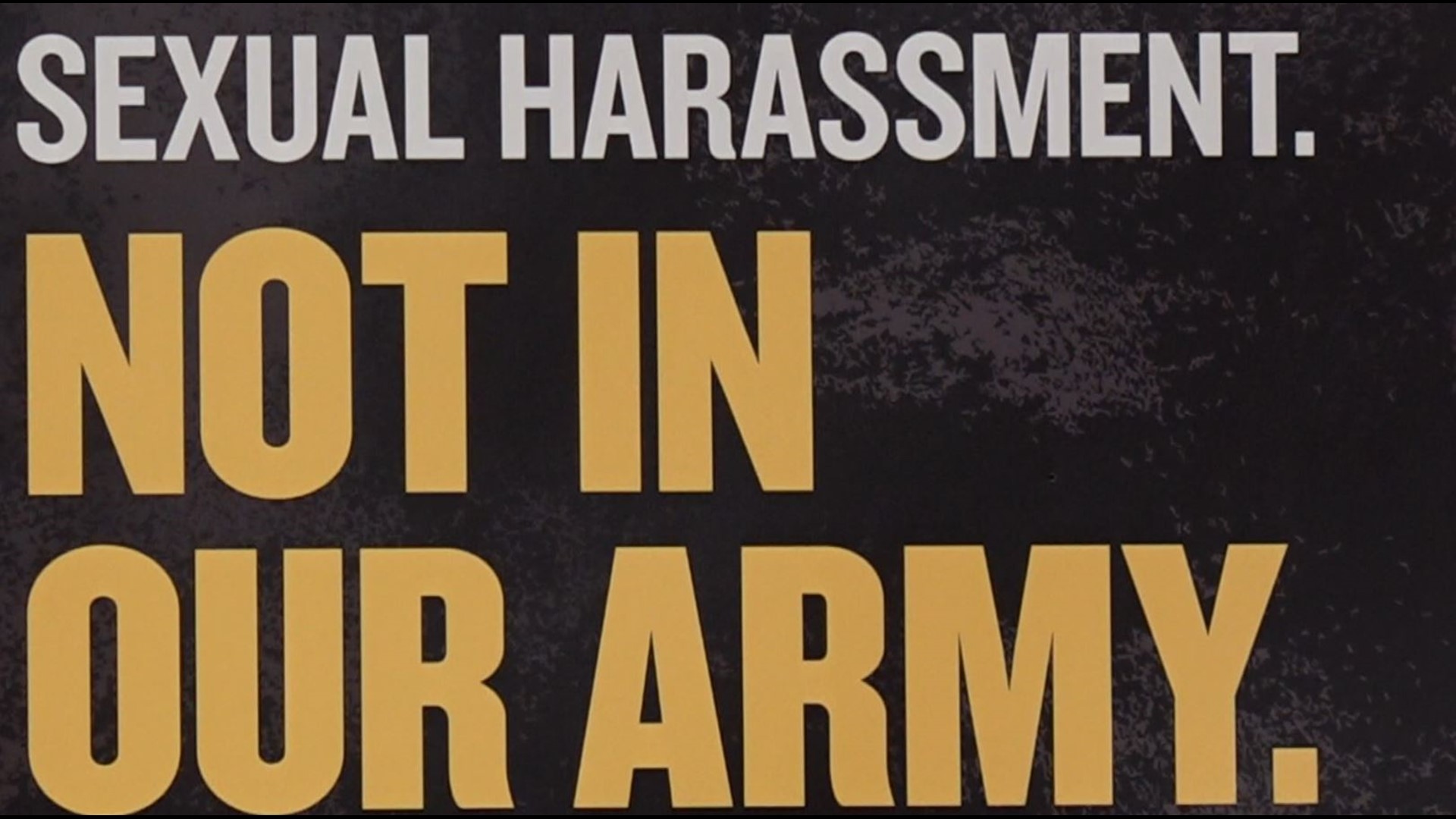 FORT HOOD, Texas — Fort Hood continued to peel back the curtain and be a little more transparent about how leaders and soldiers are trained to deal with sexual assault and sexual harassment at the installation.

"I think we are being more transparent but obviously we've learned some things, right?" Commanding General of 1st Cav Jeff Broadwater said. "That's one of the great things about being in the Army is that we always want to get better and we want to move forward to build the best teams we possibly can."

This transparency is done through Operation Pegasus Strength, a 1st Cav initiative under the umbrella of Operation Phantom Action which wrapped up a couple of weeks ago under the direction of Deputy Commanding General John Richardson.

"Our first actions were to certify our leaders to make sure that they understood the facilities that were available to them and our expectations on how we can build the most cohesive teams that we can in the Army," Broadwater said.

The overall goal of the operation is to get after, what Broadwater called, "Corrosives in the Army." This includes sexual harassment, sexual assault, suicide and racial tensions.

One of the tools that are used to help is the SHARP 360 Program, a building once on the chopping block but has since been converted into a scenario-based exercise consisting of a handful of themed rooms that allow both leaders and troopers to recognize specific sexual assault and harassment as it's happening.

"I think a lot of times when we have regular PowerPoint training and we tell those soldiers to close your eyes and imagine You have different people from walks of life so you never know what they're imagining or if they're imagining something like you want them to," Lead Sergeant of the SHARP Program Sgt. First Class Crystal Basham said.

Sgt. Basham said it's been eye-opening for soldiers and troopers and has given them something to physically help them understand how to spot trouble brewing.

"As Pegasus Strength is going on, we're bringing in NCO's with their squads," Sgt. Basham said. "This is a time where soldiers can gain that trust again in their NCO's. Kind of like how kids watch their parents react, soldiers, watch their NCO's to see how they react."

Sgt. Basham said that going through real-world training helps them come together while helping them understand what's expected of them at the same time.

"Me, as a Specialist, I am younger but I am also getting up there to be a leader," said Spc. Eunylda Marin, who is taking the classes and training.

Marin said the classes she has taken and the training have helped her prepare for when she will lead young soldiers during her career.

Spc. Marin said the Army has a slew of different organizations that want to help soldiers and leaders. While not taking away from those other programs, she did say what she's learned has opened her eyes.

Broadwater knows there will be some people who will beat the drum that Fort Hood isn't doing enough to make the installation safe, especially in light of the headlines over the last 16-months.

"I think we can always get better," Broadwater said when asked his message to those who will still point the finger. "We don't have all the answers and we are a learning organization. If you have any ideas or anything you think we can improve on, we are always willing to listen and to help us get better and to improve because we want to do just that."