Eric Power, an active combat veteran, said through his newly-released book, his hope is to change the minds and lives of those who are forgotten about. 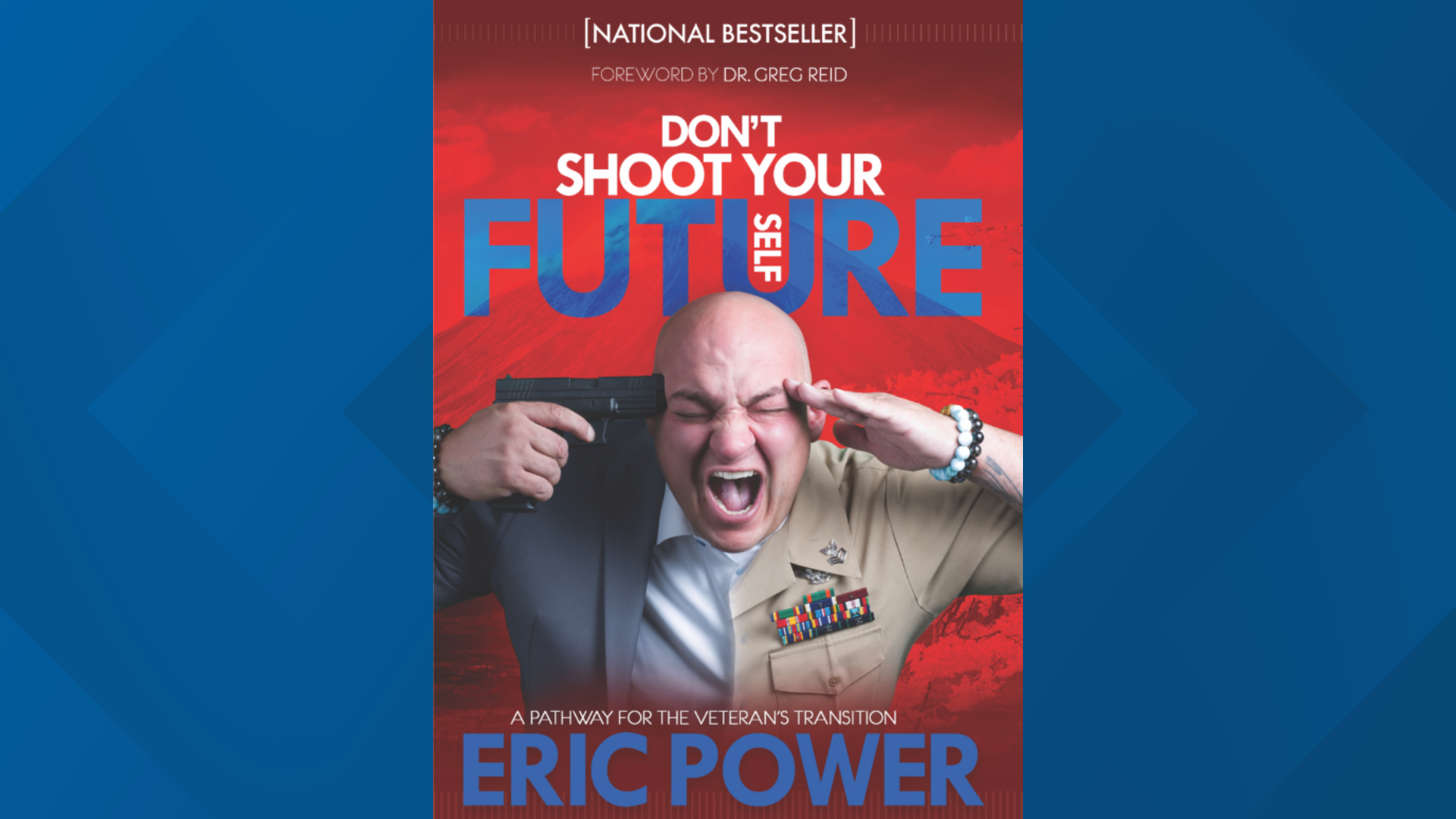 TEMPLE, Texas — Tonight at 10, learn more on how this book can help veterans who may be struggling with PTSD during the pandemic.

Some veterans face incredible challenges after leaving the military, like coping with mental health issues, depression, struggling to find employment and re-establishing relationships and PTSD.

"I just kind of one day had, back in 2014, had enough and was done with the world and tried to commit suicide," said Eric Powers, recalling the weeks and days that had him on the brink because of the wars he saw, the medications he was on and the mental health that was slowly overtaking his life.

Power, an active combat veteran, knows the struggle and sacrifices of civilian veterans and wrote a book Don't Shoot Your Future Self, a story of self-discovery that shared the keys to overcoming some of the greatest challenges in life for a promising future.

A survey in 2020 by the Wounded Warrior Project found that more than half of veterans said their mental health has worsened during the pandemic.

"Unfortunately, I do get those calls, probably on a weekly basis, where I jump on the phone and I talk to a veteran who's ready to shoot himself," Power said. "There has been times where we've had to get local police over to them."

Power said to a civilian it's always shocking to hear the stories and trauma that happen with veterans but he told 6 News it's a whole different feeling for him.

"It pisses me off," he said, his arms folded across his chest. "When I get mad, I want to do something about it and I think that people can't fix it."

Power said he gets an overwhelming feeling that he needs to be the solution to what ails veterans, which is why he started two different organizations to be the help most need, For Veterans by Veterans and Veteran Disability Help, LLC.

Power said the book, which is 15 chapters and tells the story of David Little, mirrors a lot of his life, his struggles and how he worked to overcome them. He said a lot of veterans are often thrown into a world they don't know and discarded by the government when they no longer fit the mission.

"I saw a 19-year active duty guy with eight months left get his pink slips. They told him he can't retire here, you go, you're getting out, you don't get your retirement," he said.

Power said through his businesses and newly-released book, his hope is to change the minds and lives of those forgotten about.

Power said the reality is the road to get there won't be easy and will be filled with obstacles. He promises, as living proof, the journey will be worth it in the end.

"The reality is, you're going to get punched in the face by a job, by a pandemic, by family, by an unexpected pregnancy, stuff like that," Power said. "It's about adapting and overcoming and being that leader you were trained to be in the military. Now you have to be the leader for your family or whoever depends on you.

The book is now available on Amazon.

Credit: Eric Power
Eric Power, an active combat veteran, knows the struggle and sacrifices of civilian veterans and wrote a book Don't Shoot Your Future Self.