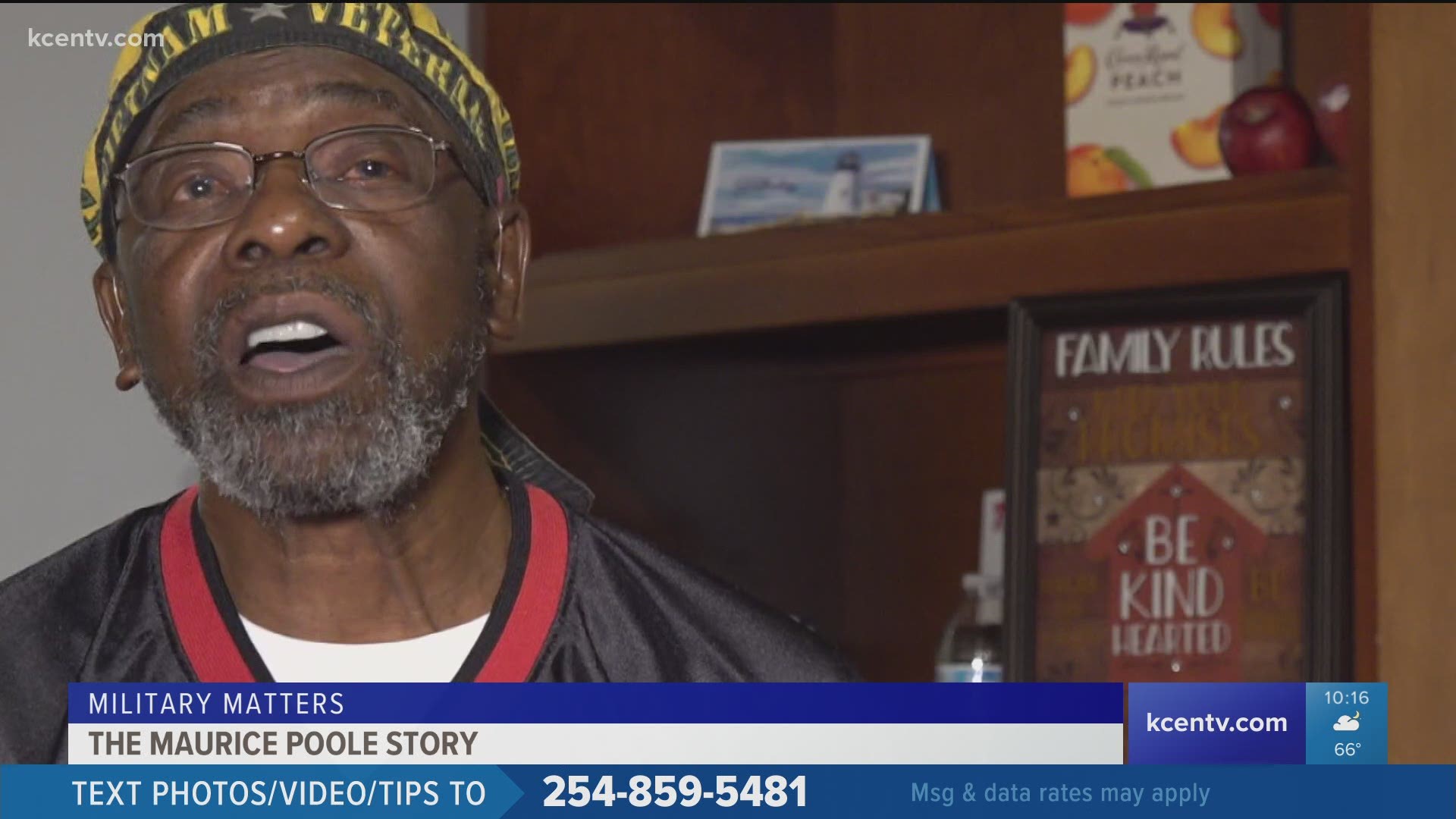 TEMPLE, Texas — In a small cul-de-sac in North Temple, veterans are getting a new lease on life at the Lee Crossley Veteran's Community, appropriately found on Honor Lane.

"If you drive up and down the streets of Temple, you'll see some veterans pushing carts up and down and at night, you'll see veterans taking their carts and sleeping under overpasses and that's just a sad sad thing for our country to do to our veterans," said Pat Patterson who helped the community come together through a vision with Fort Hood Area Habitat for Humanity and Keep Temple Beautiful.

The community is named after Lee Crossley, a United States Army veteran, and is home to 13 duplexes that houses 26 veterans who once were homeless and living on the streets.

Maurice Poole is one of the veterans who lives there, just recently able to call it his home after years of tough living conditions.

"I tried to make it out there on my own but it's hard out there on your own when you don't have the help," Poole said.

Poole served in the United States Marine Corp, enlisting so he could do his part and help America during the Vietnam War.

Poole served in Da Nang, Vietnam and remembers to this day the time spent walking through the jungles, never forgetting the comrades he lost along the way.

"Everything I do now, interview, anything, it has to do with my comrades that past away," he said with a yellow Vietnam soft cap on his head and t-shirt with 'Marines' emblazoned across his chest.

Poole said he honors those friends he lost and also those that came before.

"That's how I start my day is a prayer about those individuals that passed away, prisoners of war, from 1812 all the way up to the present day, I always have a prayer for my comrades," he said.

Poole said he was saved from the streets and by many people; he can't thank them enough. He says Patterson and the Lee Crossley Community saved him from life unknown.

"As human beings, we have to extend that courtesy," Poole said as he sits back and thinks about those he left behind still on the streets of Central Texas, asking those who have the ability to help, to do so. "Humble yourself and give whatever assistance you can to those individuals at that time."

The Lee Crossley Community is at full capacity. All 26 homes are full, but Patterson said it just can't stop in Temple. He's like to see other communities and cities step up and envision a chance to make a difference for those who need it now more than ever.

"They would be on the street, suffering and many of them would commit suicide simply because they have no place to go," Patterson told 6 News. "Lets make some noise, lets talk to people and lets try to convince our cities to step forward."