CWO2 David Knadle and CWO2 Kirk Fuchigami died in Afghanistan in 2019. Now, a park in the community where they lived is named after them. 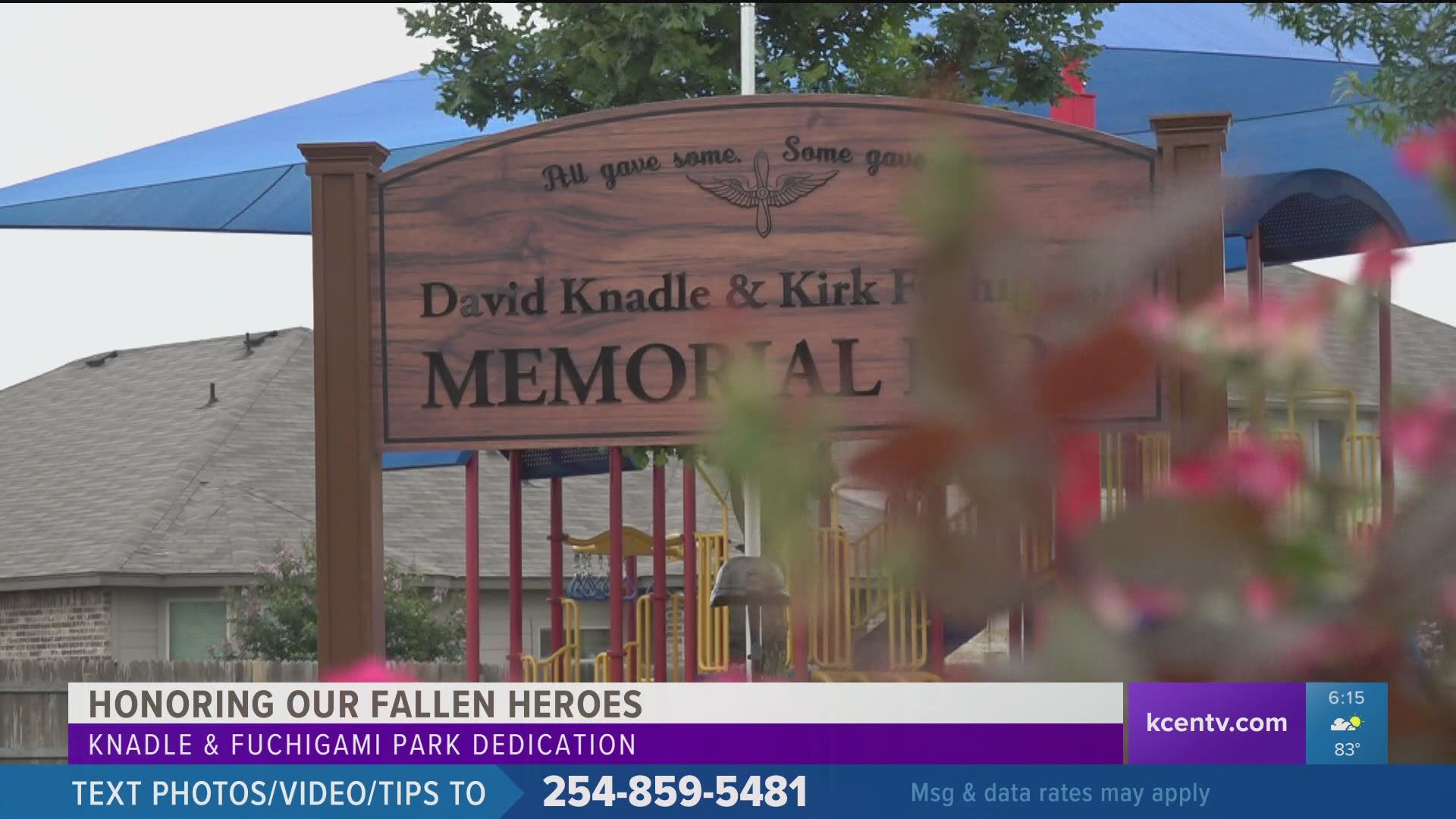 The pair were killed in action in Afghanistan in 2019 when their Apache helicopter crashed while on a mission.

"We owe so much to them and we should be thankful every single day," Chief Warrant Officer 2 Cameron Evans said. "And every day that goes by we want to keep their families and them in our hearts and in our prayers."

Silkey Knadle said she was so thankful for the continued support she had received since her husband's death.

"You showed up in the darkest moments of our lives and you held us from the ground and you brought us to this moment to honor and respect not only our husbands not only David and Kirk but every fallen service member," Silkey Knadle said.

Knadle, Fuchigami, and their families lived in the Lake Pointe community. Lake Pointe HOA vice president Kevin Cundiff said he wanted a way to remember their legacy. So he worked towards renaming the park the David Knadle and Kirk Fuchigami Memorial Park.

"Our veterans mean something. Our fallen heroes, they never die. They are here. They get to live on in this park right where they made their memories with their families," Cundiff said.

In front of the park sign, stands a memorial with an inscription that reads "In honor of all Lake Pointe community veterans who gave their lives fighting for American freedom against world terrorism."

Those who served alongside Knadle and Fuchigami say there's a hole that will never be filled.

"They both will be forever remembered and the sacrifice that they gave I hope that not only myself but every other attack aviator here can continue to build on that,"  Evans said.

"They are gone but never forgotten. Their families are Gold Star families and will be a part of our hearts and our unit for eternity," Battalion Commander Lt. Colonel Jason James said.