'This is what we call awesomeness' | Pegasus Forge exercise allows Troopers to flex muscle, lethality 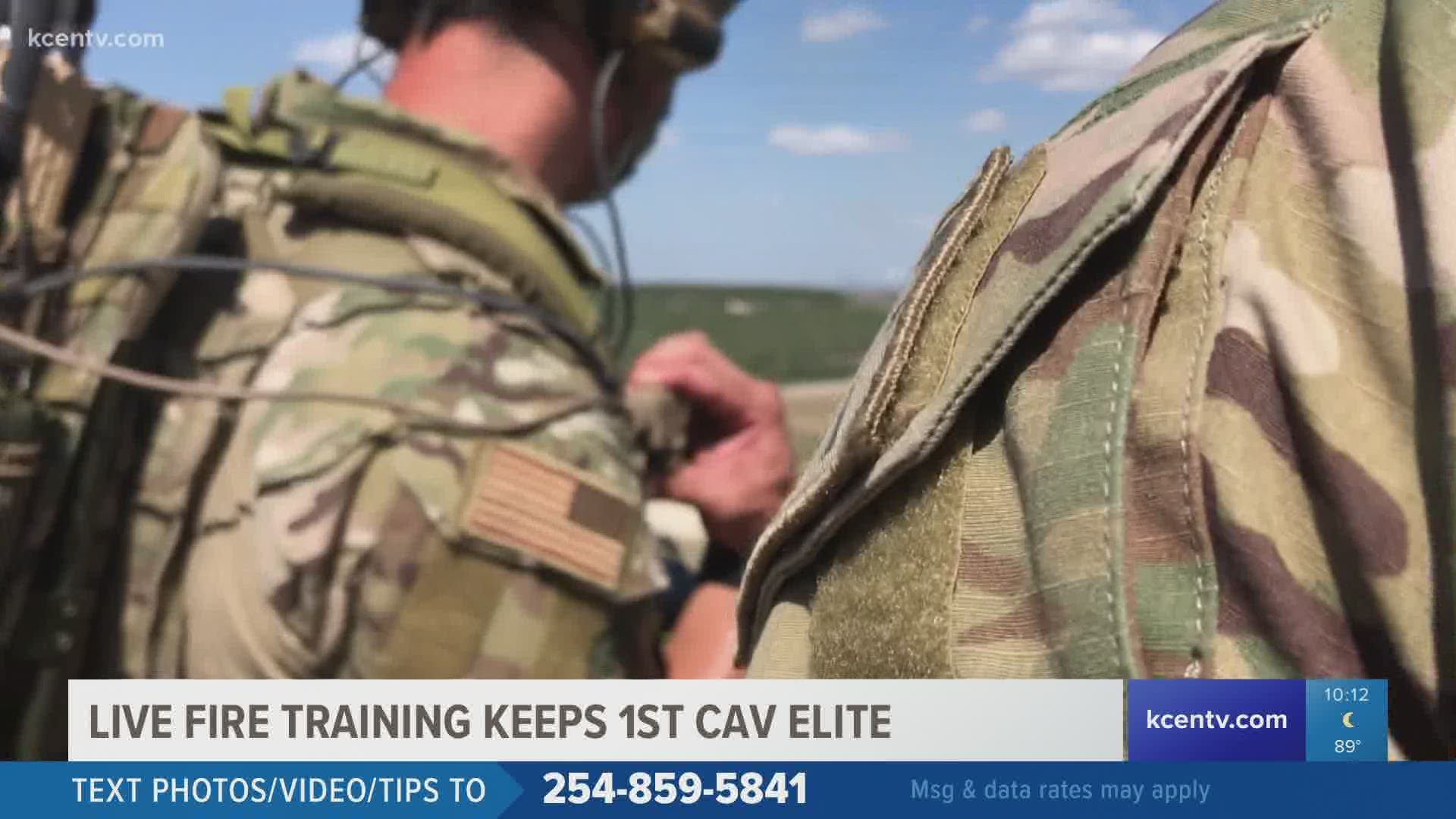 FORT HOOD, Texas — There is no escaping the booms and blasts deep inside the walls of Fort Hood, Texas over the last three days during a culminating live fire training exercise called 'Pegasus Forge.'

"So this is, this is what we call awesomeness, right. This is what we wait for the entire time, right. Without this, we don't get to train the right way," said Colonel Michael Schoenfeldt, remarking on the days and weeks that led up to the three day exercise his men and women embarked on.

The 1st Armored Brigade Combat Team, 1st Cavalry Division has spent weeks training ahead of the three-day event that began in the blistering Texas summer heat on August 9. The last 45 days culminating in a Combined Arms Live Fire Exercise which tested brigade level maneuver capabilities and the ability of the unit to conduct large scale ground combat operations.

"This is what I signed up for. I love doing what I do, blowing stuff up and training the guys to engage and destroy the enemy," said SSG Kevin Heleodoro, who has completed this exercise four times during his military career after today. "I can't put a number to it, we're way more lethal. Everyday we train harder and get more lethal and that's what an Ironhorse does."

PFC Aaron Zaleski didn't mince words when he talked about what a privilege it was to be given the responsibilities to help his fellow troopers in an exercise of this magnitude.

"Being a gunner on a tank is a privilege," he said, adding that all enemies at home and abroad should take notice if they haven't already. "If they just saw what we did, they probably wouldn't want to be our enemies anymore."

The Air Force also had a hand in today's exercise with their B-52 Bombers dropping bombs with precision and skill, synchronizing their timing to take out  a simulated moving enemy.

"I get to share it with my 14-year old son, my 10-year old daughter and my wife," said Col. Schoenfeldt when asked if he feels a sense of pride, 22 years into his promise to keep America safe.

"For all the families that have sacrificed to make sure other families are taken care of," he said. "Yeah."

The live fire training exercise if expected to last well into the night and troopers are expected to return home Wednesday.