'An absolute failure of leadership' | Veteran speaks out on Afghanistan chaos; how veterans can seek help

The videos from Afghanistan have been hard to watch for veterans in Central Texas as many are left questioning why they served. 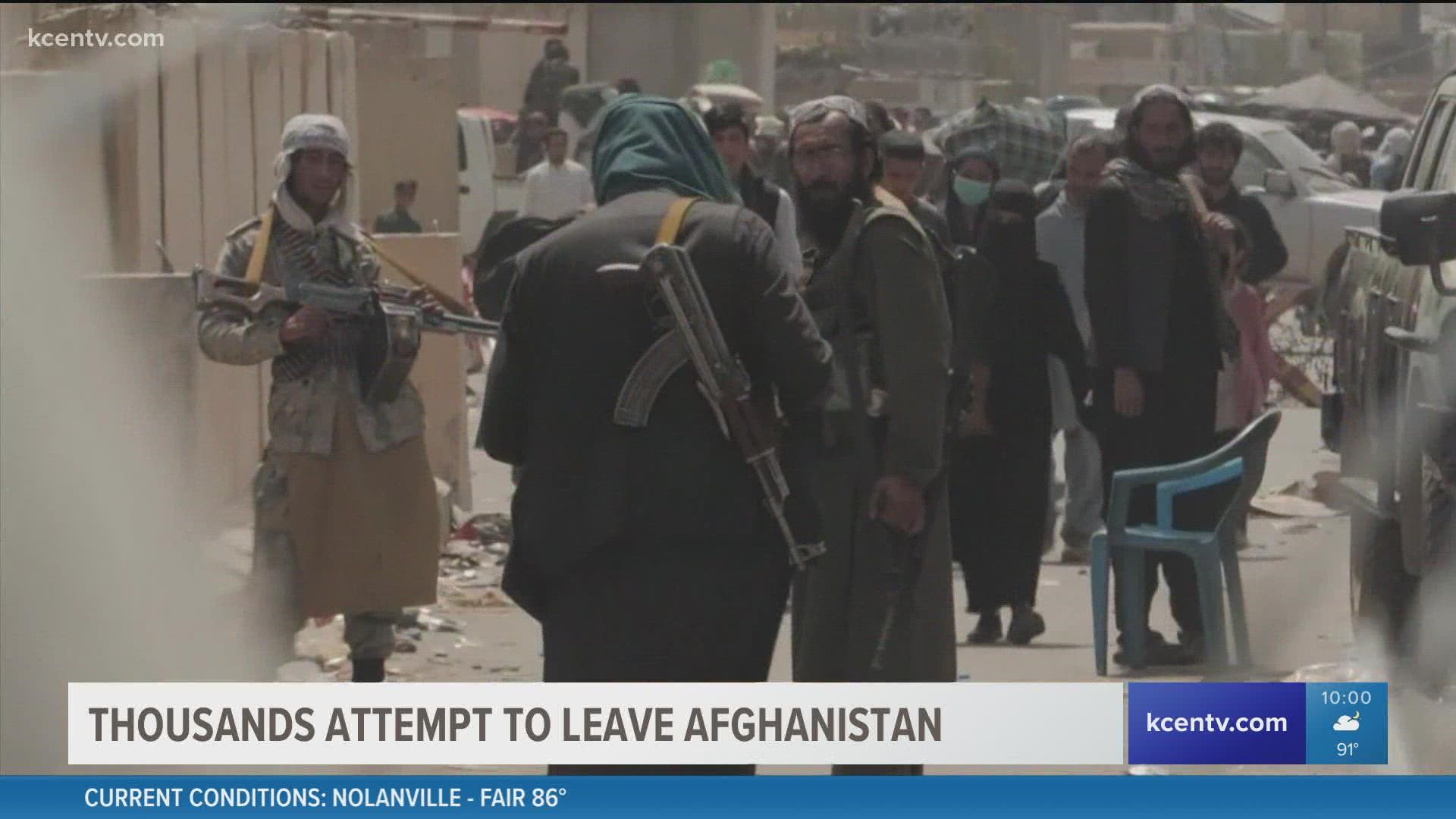 HARKER HEIGHTS, Texas — The images coming out from Afghanistan have been heartbreaking for veterans across the country to witness and even here at home in Central Texas.

"Of course that was how it was going to happen the way we left. It was exactly what I expected, it was heartbreaking just watching everybody scramble to leave in desperation and fear," said veteran James Jensen. "It looks like an absolute failure in leadership and planning. It's really just sad."

Jensen hasn't fully digested the news this week and said he's talked to just a few people over text that served there. He said there is anger and emotions are high for many.

RELATED: Afghans plead for faster US evacuation from Taliban rule

The Veteran One Stop in Waco understands that pain and said they have talked to many veterans already that are questioning everything, some Vietnam veterans said it reminded them of the Fall of Saigon in 1975.

"I have had a couple of Vietnam veterans that have said this is Vietnam all over again," said Dr. Sue, a Clinical Program Manager for Veterans' Services at the Veteran One Stop in Waco. "This has triggered them the same way, 'Why did we even bother to go, why did we do this?'"

RELATED: 'This is manifestly not Saigon' | Why are people comparing the Kabul airport to Vietnam?

The Central Texas VA in Temple is helping produce a four-part blog series directed at Afghanistan veterans and how they can get help. The series is done through Vantage Point.

In a prepared statement to 6 News, the Temple VA released this letter to veterans from the Secretary of the VA, Denis McDonough:

"To America’s Veterans, their families, survivors, and caregivers: I know it is painful to see the images from Kabul and elsewhere in Afghanistan, especially for the hundreds of thousands of Veterans who have served there since that fateful day in September 2001.

When our country was attacked, you and your loved ones made the heroic choice to run towards the fight. That courageous sacrifice matters and has made us safer, no matter what happens today or any other day.

It’s entirely natural to feel a range of emotions about the latest developments in Afghanistan—and if you are feeling depressed, angry, heartbroken, or anything else, we at VA are here for you. Whether you want to speak to another Veteran, talk to a therapist, call our crisis line at 1-800-273-8255 (press 1) or text 838255, visit one of our Vet centers, or access any of VA’s mental health services online at www.MentalHealth.va.gov, we are standing by and ready to help.

Thank you for stepping up to serve in the time when our country needed it most. We are all forever in your debt."

RELATED: Yes, fighting terrorism was the original US mission in Afghanistan, but nation-building also became a goal

Dr. Sue said she has been answering the question of "Why?" a lot this week and the emotional toll it's taken has been immense, especially for one veteran she did not name because of confidentiality reasons.

"He knew of a lot of buddies who had died there and he was questioning why, what was the purpose because their lives are gone for nothing and with the Taliban taking over again, it was very painful for him," she said.

Jensen, the Air Force Veteran, didn't hold back when asked what he would say to President Joe Biden if he was afforded a few minutes in a room together, just them and no one else.

"Honestly, I don't think I could stand being in a room with him for 10 minutes at this point. I would decline the meeting," he said emphatically. "There is nothing that he can do now that isn't desperate and puts lives at more risk than they already are."

If you or someone you know is struggling with the events in Afghanistan and need someone to talk with, services are available to you. Text "Veteran" to 254-859-5481 for a list of number you can call.