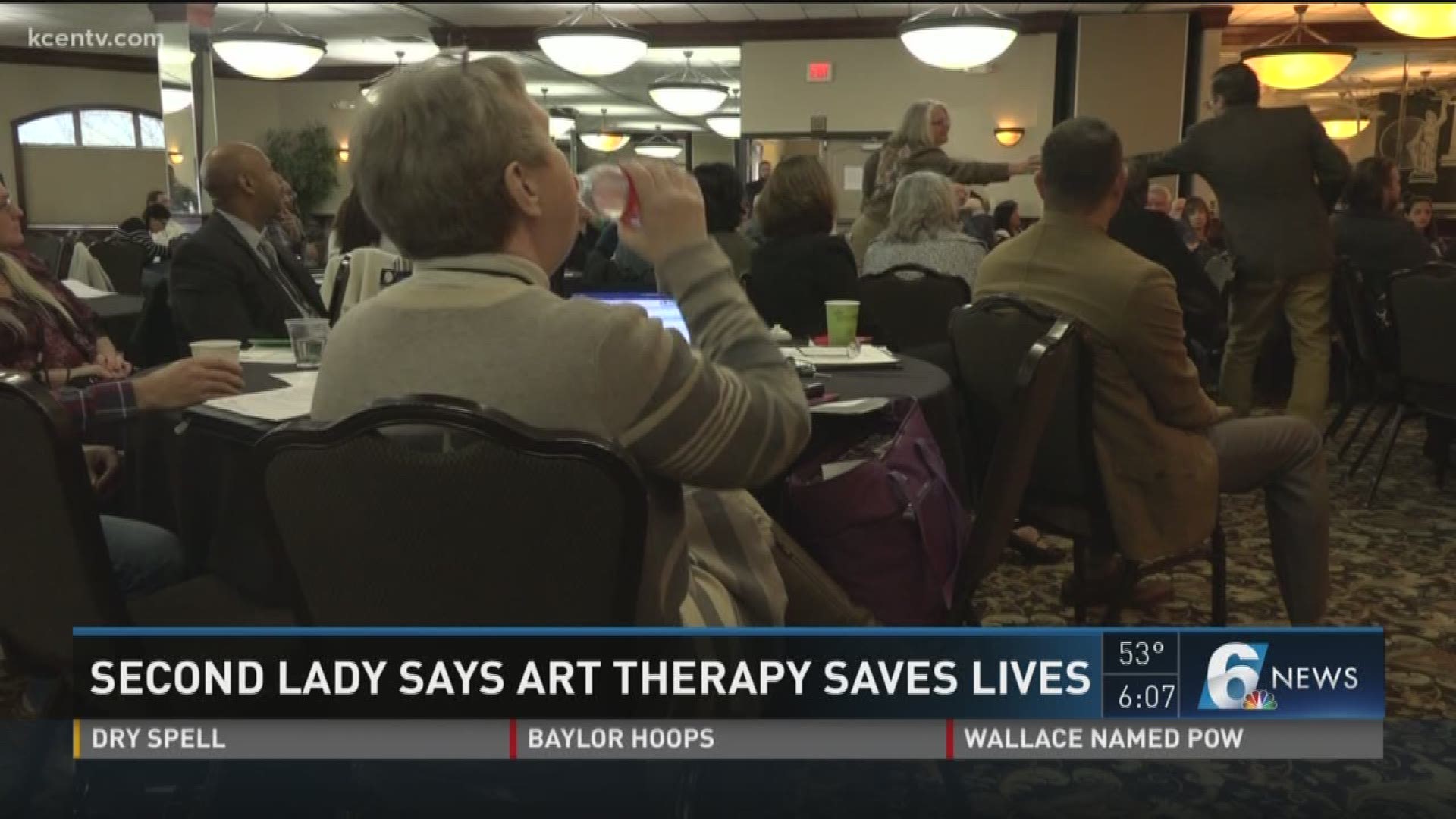 KILLEEN -- Second Lady Karen Pence on Monday afternoon visited Killeen, where she addressed the Texas Creative Forces conference underway at the Shilo Inn and advocated on behalf of art therapy as a means of healing current and former military members in Central Texas.

Monday marked day one of the two-day Creative Forces event, which was part of a joint pro-arts initiative between the National Endowment for the Arts and the U.S. Department of Defense and Veterans Affairs. State and local arts agencies also provided support.

The Creative Forces Military Healing Arts Network has worked to build community-based military and family support for arts programs in and around Fort Hood. Members of the network say art programs can help our veterans cope with PTSD.

Pence told the story of a soldier she met who used clay to help his mind avoid dark places.

"So, yes, arts therapy is powerful in the military population -- really powerful," Mrs. Pence said. "But, it is there for everybody."

National Endowment for the Arts Creative Forces Project Director Bill O'Brien says Pence's participation in summits likes these is a real inspiration...a kind of support that reaches across political lines.

"Absolute bipartisan support for these kinds of programs. It really transcends the kinds of arguments and discussions around funding for the arts," O'Brien said.

The summit is showing therapists like Erin Peace how to combine art therapy with other kinds of treatment like mental health counseling to help the soldier heal.

Music therapist Hannah Bronson would agree...sharing its impact to bring a soldier out of that dark place, in one instance, with the drums.

"He ended performing on a stage with 100 different people and said that's the first time in year he'd been around a crowd of people that size and it felt good," said Bronson.

The conference was scheduled to include demonstrations by artists, opportunities for art providers to meet the community, and discussions about the art needs of the military community. The conference participants will be meeting on Fort Hood on Tuesday.