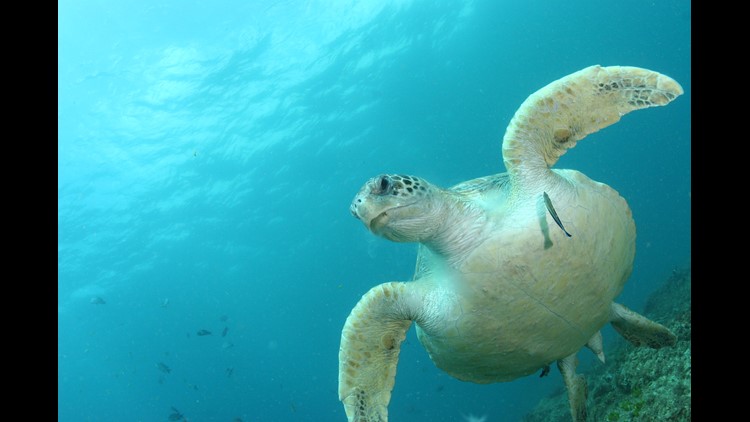 Even one piece of plastic can kill a sea turtle, study finds

Even just one piece of plastic is enough to increase the odds a sea turtle could die from eating it, says a study from Australia.

Researchers from the Commonwealth Scientific and Industrial Research Organization analyzed nearly 1,000 sea turtles found dead and washed up on beaches in Australia.

"Some of the turtles we studied had eaten only one piece of plastic, which was enough to kill it," said Kathy Townsend, a lecturer in Animal Ecology at Australia's University of the Sunshine Coast, in a statement. "In one case, the gut was punctured, and in the other, the soft plastic clogged the gut."

Results also showed once a sea turtle consumed at least 14 pieces of plastic, the likelihood the plastic caused the turtle's death rose by 50 percent.

More: See how the Great Pacific Garbage Patch feeds off our throwaway culture

"We knew that turtles were consuming a lot of plastic, but we didn't know for certain whether that plastic actually caused the turtles' deaths, or whether the turtles just happened to have plastic in them when they died," said Chris Wilcox, principal research scientist with CSIRO, in a statement.

Their research was published in the journal Nature Scientific Reports.

"Millions of tons of plastic debris is entering our world's oceans on a yearly basis," said Wilcox.