A huge python named Eres was one of the escapees of the Carr fire in northern California. Turns out, it didn't go very far. 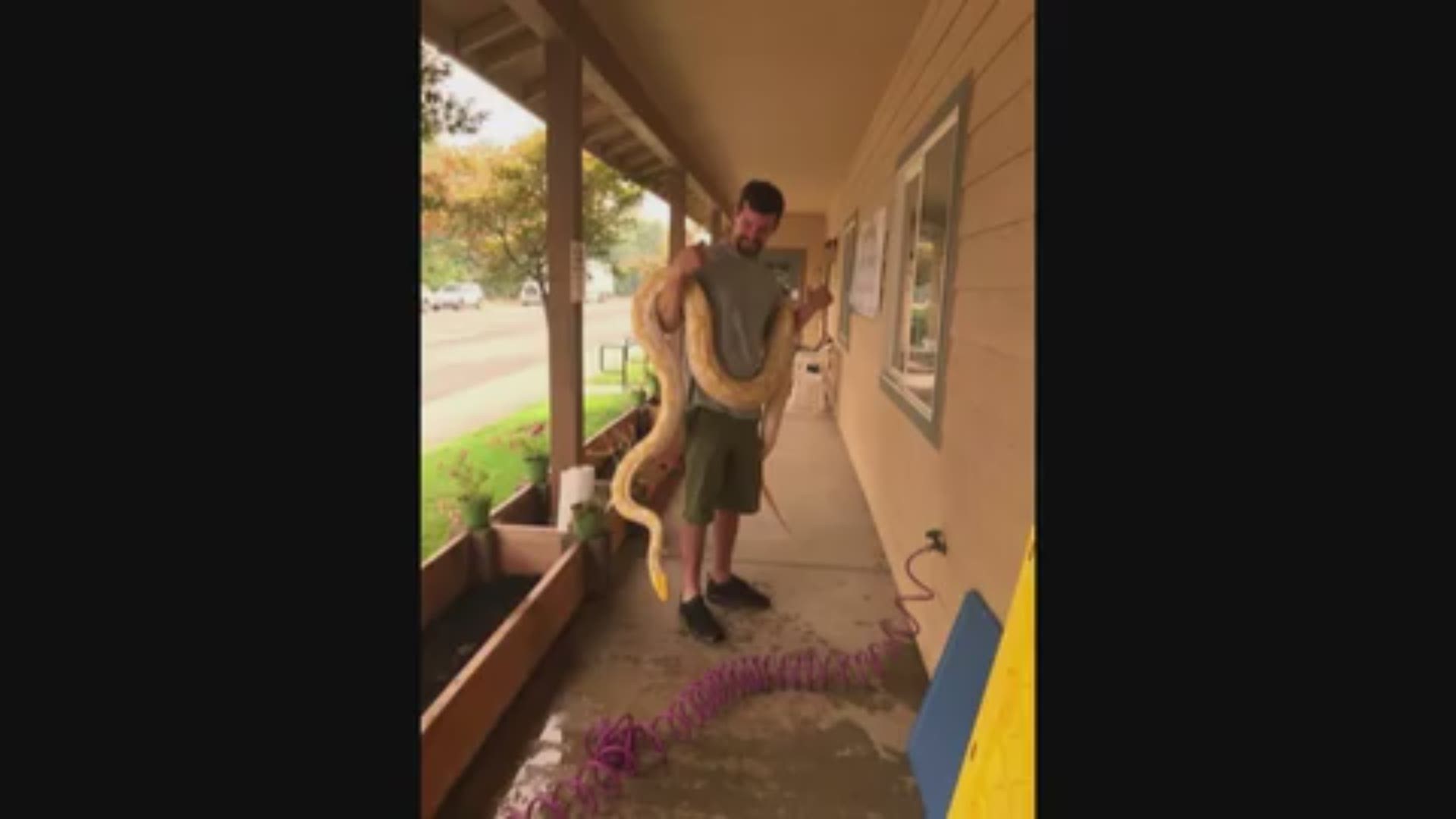 REDDING, Calif. — Eres, the 14-foot python that was missing amid the Northern California Carr Fire, was found safe Monday.

The snake’s owner, Sandra Dodge-Streich, said the python was discovered coiled up in a milk crate just Monday morning.

A neighbor found it in his backyard after searchers couldn't locate it elsewhere in the neighborhood.

“It’s quite a relief,” said Dodge-Streich. “She’s doing well,” she said of the reptile.

Dodge-Streich, owner of Redding Reptiles, said the Lake Boulevard store had to be evacuated Thursday night when the fire moved into Redding and the reptiles ended up at a home in south Redding. The snake got out of a plastic bin Saturday night.

Since the Carr Fire broke out, Redding Reptiles has moved four times.

1 / 19
JOSH EDELSON/AFP/Getty Images
Firefighters douse a hotspot near various homes as the Carr fire continues to burn near Redding, California, on July 28, 2018.

Dodge-Streich said they scouted the area but had no luck, so they took to social media to let people know their beloved pet python was on the loose and may be hanging out in their yards.

All of the nearby homeowners were alerted to the snake on the loose, and Dodge-Streich went on Facebook to ask people to call her if they saw a python with a bright yellow head and white markings on its body.

"I think she might still be in the area. People with small pets should keep them indoors," Dodge-Streich said.

She added small cats and dogs that get too close might be in a bit of danger, but Eres really only has an appetite for chickens.

Susan Walker, who lives near where the snake went missing, said she saw the seriousness of the situation and the humor.

Walker said her mother-in-law was quite alarmed when she heard about the python and made sure her Chihuahua-mix dog was safely in the house.

"It's actually quite comical, because she has a perfect snack-sized dog," Walker said.