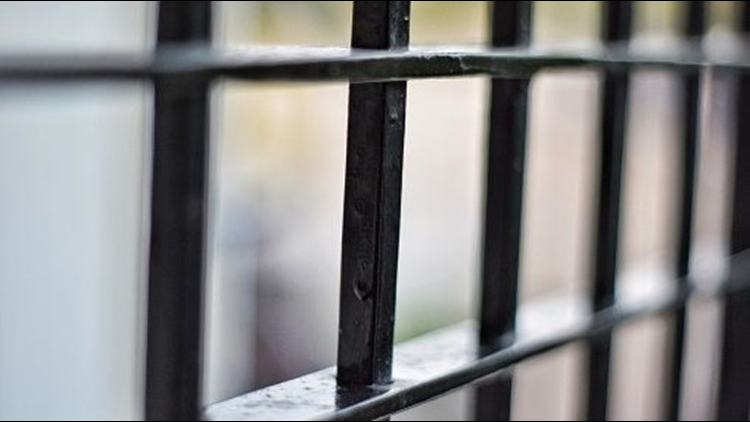 FORT LAUDERDALE, Fla. — A 21-year-old West Palm Beach man who spent 10 days in jail after oversleeping and missing jury duty had his record cleared Monday by a judge. Judge John Kastrenakes vacated Deandre Somerville’s earlier sentence, which Judge Kastrenakes leveled last month after the 21-year-old missed jury duty. Somerville was a sworn juror in a civil case, but couldn’t be reached when court began on Aug. 21.

His absence delayed proceedings by roughly 45 minutes, per court records. Somerville was held in contempt of court, spent 10 days in jail and sentenced to 12 months probation. The punishment received national attention, with some calling it harsh. In the order vacating Somerville’s sentence, Judge Kastrenakes called Somerville a “respectful young man,” who “now understands and respects our system of justice.”

“Given the abundant publicity surrounding Mr. Somerville’s case, I have concluded that the importance and seriousness of a sworn juror abiding by the law has been made clear,” Kastrenakes continued in his order.

Somerville’s case comes as Palm Beach County courts are having a difficult time encouraging jurors to abide by their civic responsibility. Only about 30 percent of those summoned even show up for jury duty, according Chief Judge Krista Marx of Florida’s 15th Judicial Circuit, the same circuit that Somerville’s punishment was handed down in. “We’re not asking you to do us a favor. We’re asking you to do your civic duty,” Chief Judge Marx said. “And most people don’t look at it that way. They try to wriggle out of it.”

Judge Marx said the 15th district experimented with a separate court, aimed at processing cases for those who missed jury duty. She added the idea did not pan out and ended up too costly for county taxpayers.

“We’re seeing an uptick in juror misconduct and people completely disregarding their duty,” Marx said. “It’s not optional. When we order people to do particular things, when you fail to do that, you could be held in contempt of court."

After the familiar nightmare about oversleeping and missing a final exam or a big job interview, waking up usually brings relief. But for 21-year-old Deandre Somerville, the nightmare came after he actually overslept for jury service in a Florida courtroom. A judge later punished him with a 10-day jail sentence.

A judge sentenced Somerville to the jail time, plus one year on probation and 150 hours of community service after he failed to serve on a jury Aug. 21. Somerville was released Sunday and has a hearing scheduled Friday.

Somerville, who works at afterschool programs for the city of West Palm Beach Parks and Recreation Department, received his first-ever summons for jury duty over the summer. It was also his first time ever going to the courthouse and sitting in a courtroom. He described it as a little intimidating and a little boring. After a long day of sitting and waiting, Somerville said he was picked to serve as a juror on a civil case and was told to return the following day at 9 a.m.

But he missed his alarm and woke up around 11 or 11:30 a.m. It was almost time to head to his afternoon job so he didn’t bother going to the courthouse or calling the bailiff. He just hoped it would all just work out.

“At work, I was looking on my phone thinking, ‘What’s the worst-case scenario that could happen?’ I thought maybe I would get a fine or something like that,” Somerville said in a phone interview.

Somerville lives with his grandparents and helps care for his grandfather who recently had surgery and has trouble walking. Somerville helps him around the house and takes him to therapy and the grocery store while his grandmother is at work.

He was out playing basketball when his worried grandmother called to say there was a police officer at the door with a court summons.

“My grandfather said, ‘Just go in and be honest,’” said Somerville. “I’ve never had a criminal background, never been arrested, never been in handcuffs. The most I’ve ever gotten was a traffic ticket so I was thinking it wouldn’t be that bad.”

Can You Get A Jury Duty Summons Through Facebook Messenger?

Inside the courtroom, he said Judge John Kastrenakes explained that Somerville’s negligence delayed the court by 45 minutes.

“They handcuffed me in the courtroom after that,” said Somerville, who spent the next 10 days in jail. He said his first jail experience wasn’t scary, but he prayed daily and wrote in a notebook.

When reached by phone Thursday, the judge said he’s not allowed to comment on pending court matters.

Somerville said his public defender will try to lessen his probation sentence, which he called “excessive,” at Friday’s hearing.

“Now I have a record. I almost feel like a criminal now. Now, I have to explain this in every interview,” said Somerville, who said he plans to go to school to become a firefighter.

► Make it easy to keep up to date with more stories like this. Download the WFMY News 2 App: Apple Users, Android Users