The law makes it illegal in Alabama to perform an abortion in nearly all cases during any stage of pregnancy. 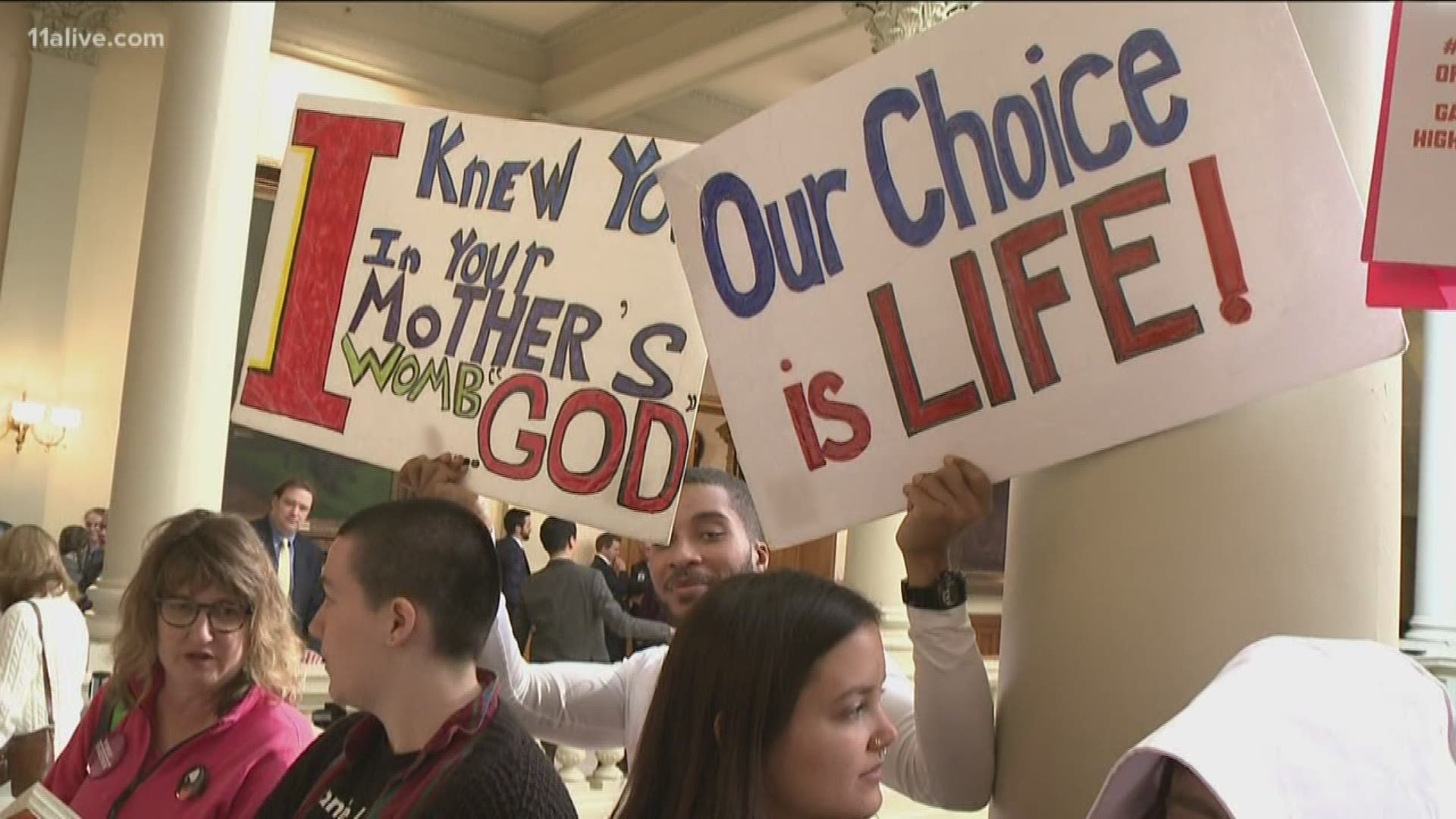 Alabama's Republican governor has signed the most stringent abortion legislation in the nation, making performing an abortion a felony in nearly all cases.

"To the bill's many supporters, this legislation stands as a powerful testament to Alabamians' deeply held belief that every life is precious and that every life is a sacred gift from God," Gov. Kay Ivey said in a statement after signing it into law on Wednesday.

The law's sponsors want to give conservatives on the U.S. Supreme Court a chance to gut abortion rights nationwide.

Democrats and abortion rights advocates criticized the legislation as a slap in the face to women.

"It just completely disregards women and the value of women and their voice. We have once again silenced women on a very personal issue," said Sen. Linda Coleman-Madison, a Birmingham Democrat.

The abortion ban would go into effect in six months if it isn't blocked by legal challenges.

Coleman-Madison said she hopes the measure awakens a "sleeping giant" of women voters in the state.

But Republican pollster Chris Kratzer noted that there is no congressional district and likely no legislative district in Alabama with enough swing voters to put Republicans at serious risk.

Kratzer also argued that there aren't enough potential swing voters and disenchanted Republicans to make the issue any kind of advantage for the lone Democrat elected to statewide office, U.S. Sen. Doug Jones, who scored a surprise win in a 2017 special election.

Jones upset Republican Roy Moore, in part on the strength of GOP-leaning college graduates abandoning the controversial Moore. But Kratzer said that was more about Moore's long history of flouting federal courts as chief justice of the Alabama Supreme Court and accusations that Moore sexually harassed teens when he was in his 30s — not Moore's hardline stance on abortion.

The legislation Alabama senators passed Tuesday would make performing an abortion at any stage of pregnancy a felony punishable by 10 to 99 years or life in prison for the provider. There is no exception for pregnancies resulting for rape and incest.

The only exception would be when the woman's health is at serious risk. Women seeking or undergoing abortions wouldn't be punished.

Rep. Terri Collins, the bill's sponsor, said she believes the measure reflects the beliefs of the majority of the state electorate. The vote came after 59% of state voters in November agreed to write anti-abortion language in the Alabama Constitution, saying the state recognizes the rights of the "unborn."

Ivey acknowledged Wednesday that the measure may be unenforceable in the short term, and even supporters expect it to be blocked by lower courts as they fight toward the Supreme Court.

"It's to address the issue that Roe. v. Wade was decided on. Is that baby in the womb a person?" Collins said.

Kentucky, Mississippi, Ohio and Georgia recently approved bans on abortion once a fetal heartbeat is detected, which can occur in about the sixth week of pregnancy. Missouri's Republican-led Senate voted early Thursday to ban abortions at eight weeks, with no rape or incest exceptions.

"We haven't lost a case in Alabama yet and we don't plan to start now. We will see Governor Ivey in court," said Staci Fox, president and CEO of Planned Parenthood Southeast.

Evangelist Pat Robertson on his television show Wednesday said the Alabama law is "extreme" and opined it may not be the best one to bring to the U.S. Supreme Court in the hopes of overturning Roe "because I think this one will lose."

"God bless them they are trying to do something," Robertson said.

One mile (1.6 kilometers) from the Alabama Statehouse — down the street from the Governor's Mansion — sits Montgomery's only abortion clinic, one of three performing abortions in the state.

Clinic staff on Wednesday fielded calls from patients, and potential patients, assuring them that abortion remains legal, for now.

"This is a really sad day for women in Alabama and all across the nation," she said. "It's like we have just taken three steps backwards as far as women's rights and being able to make decisions that are best for them and best for their families."

But Robinson said the bill is also having a galvanizing effect. With phone lines jammed, she said messages came streaming across their fax machine.

"We had letters coming across the fax just asking what they can do to help and telling us they are sending us their love and support our way," Robinson said.