The president welcomed the team with another fast food feast. 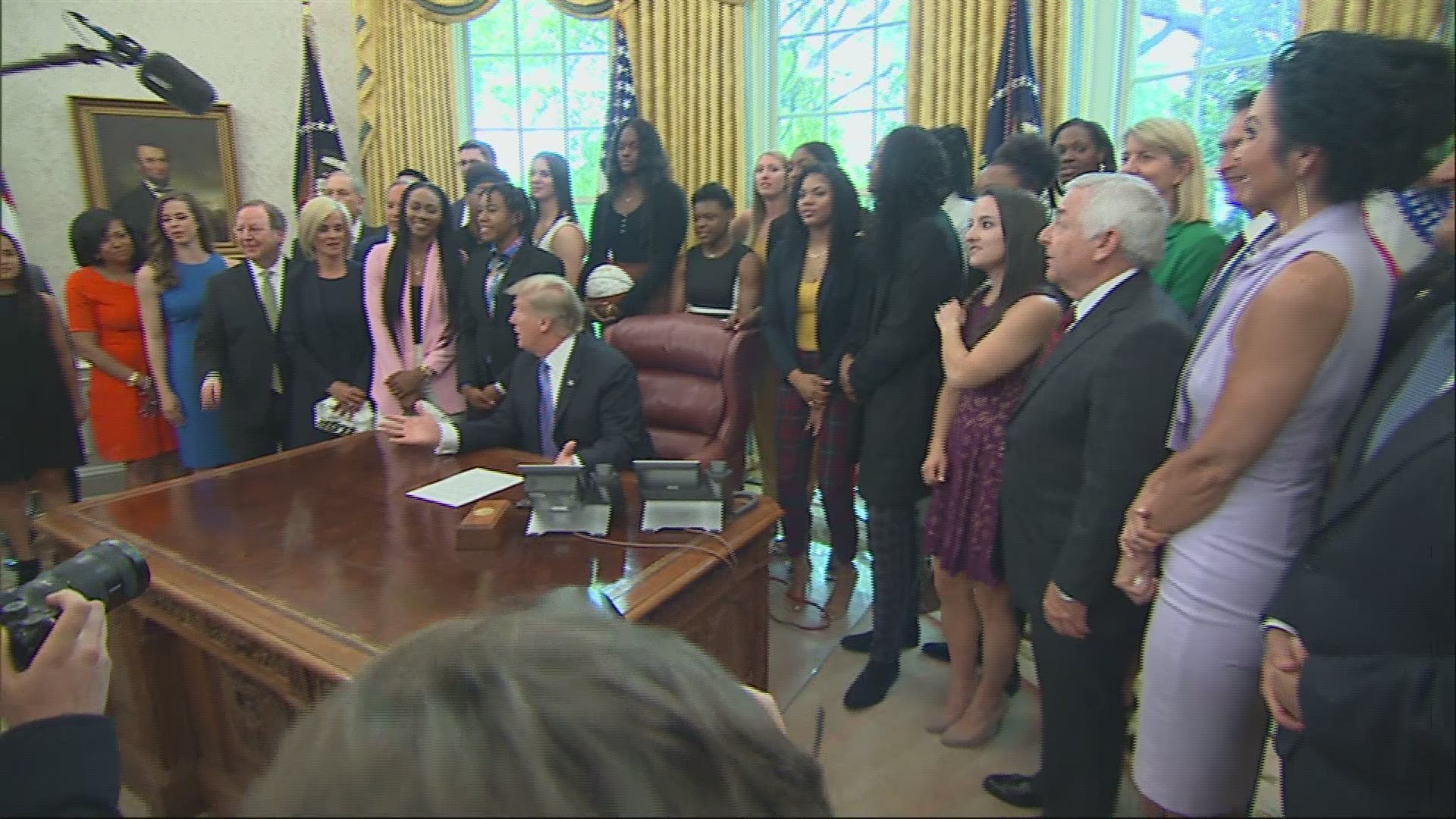 The Lady Bears, who beat Notre Dame 82-81 earlier this month, were served fast food from Wendy's, McDonald's and Burger King in the State Dining Room — the same spread that other sports teams were served during their visits to the Trump White House.

The Lady Bears are the first women's basketball team to visit the Trump White House; the 2017 and 2018 women's college basketball champions did not.

The team finished this past season 37-1.

"It was a thrilling victory that people will be talking about for many, many more years to come," Trump said.

The team gave Trump a signed basketball, a national championship hat and a Baylor basketball jersey emblazoned with No. 1.

"It may not be the right size," Mulkey said. First lady "Melania may look better in it."

Trump said he loved it.

"You know, I love those short sleeves. Such beautiful arms. Great definition," Trump said as he stroked his upper arm.

The coach then quipped: "Like I said, Melania may look better in it."