The White House said days after their last debate that the president had tested positive. He spent three nights in the hospital before returning to the White House. 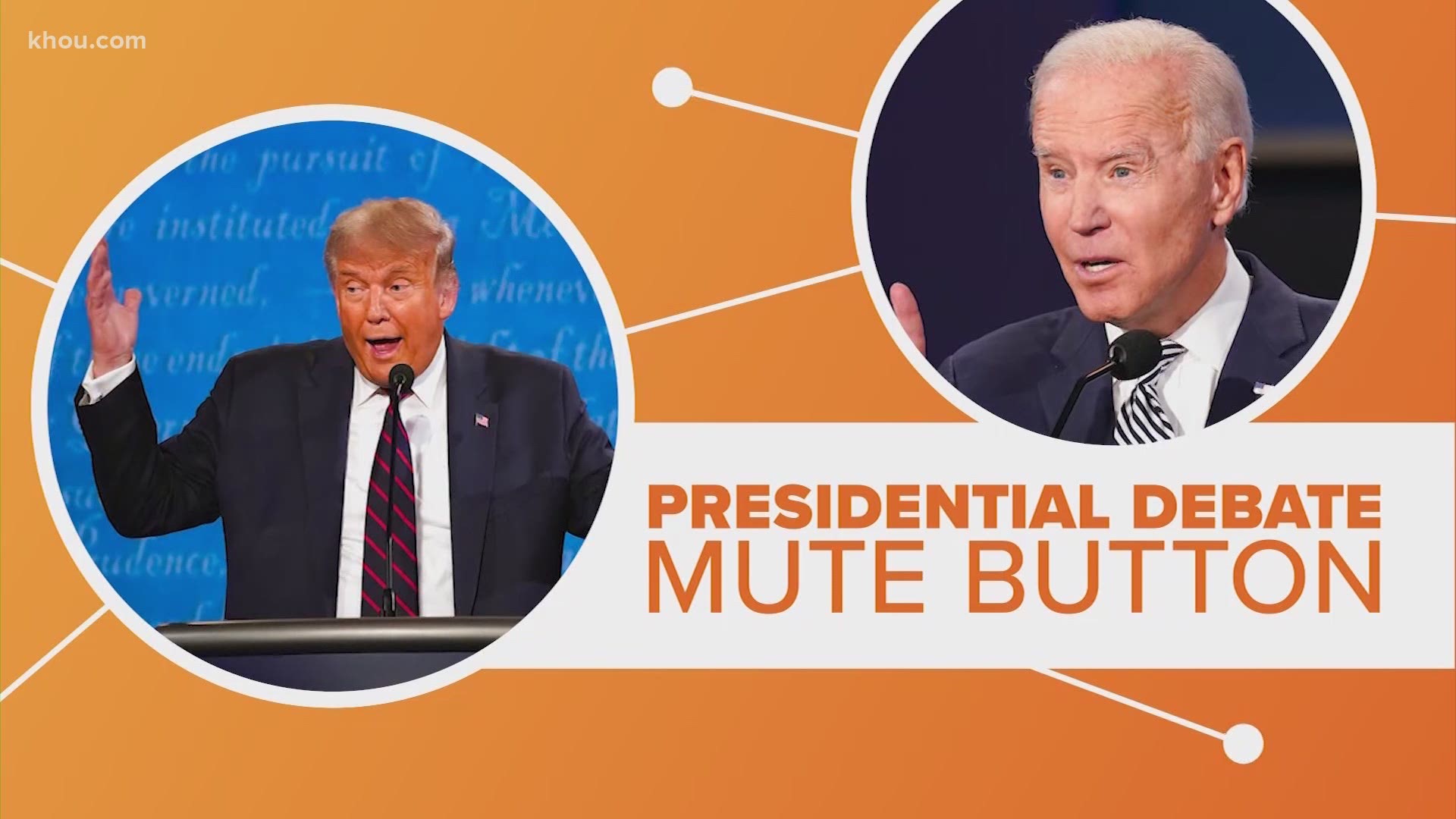 WASHINGTON — Both President Donald Trump and his rival Democratic nominee Joe Biden have tested negative for the coronavirus ahead of their last debate before Election Day.

Trump tested negative for COVID-19 Thursday afternoon, according to White House chief of staff Mark Meadows, the press pool reported. Meadows says Trump was tested onboard Air Force One while en route to Nashville, Tennessee, and results were negative.

“We tested him on the way here (on the plane) and he tested negative,” Meadows said.

Biden’s campaign said Thursday that he, too, was tested Thursday and was negative.

The test comes after Trump’s bout with the virus, which put him in the hospital for several nights.

Both campaigns had been required to certify that their candidates and VIP guests have tested negative ahead of the debates. But Trump and the White House have repeatedly refused to say whether Trump actually was tested before participating in the first debate.

Trump was diagnosed with the virus two days later.

Biden said he had tested negative while making comments to reporters in Wilmington, Delaware, before flying to Nashville.

The second debate between the former vice president and the Republican president is the final scheduled meeting of the two candidates before the Nov. 3 election.

Last week during a town hall-style interview on MSNBC, Trump did not specify when he was asked when he had been tested before the Sept. 29 debate. The White House announced two days later Trump had tested positive. Trump spent three nights at Walter Reed National Military Medical Center before returning to the White House.

The White House was asked Thursday morning whether Trump had been tested, as Biden was, in preparation for the debate. It had not released an update then.

With less than two weeks until Election Day, Biden is leading most national polls and has a narrower advantage in the battleground states that could decide the race. More than 42 million people have already cast their ballots. The debate, moderated by NBC's Kristen Welker, is a final chance for both men to make their case to a television audience of tens of millions of voters.

RELATED: Who is Kristen Welker? Meet the moderator of the final Trump-Biden debate

RELATED: How and when to watch the final Trump-Biden debate

“The rule is that last debates before the election have a big impact,” said presidential historian Michael Beschloss, who made clear the legacy of the candidates’ first faceoff: “That was the most out-of-control presidential debate we have seen.”

Trump, who staged a remarkable comeback in the closing days of the 2016 campaign, believes he can do it again by using the power of the presidency to attack his rival.