Kids no longer can play video games past 10 p.m. in China

New government rules, including no more than 90 minutes of game play on weekdays, attempt to prevent video game addiction. 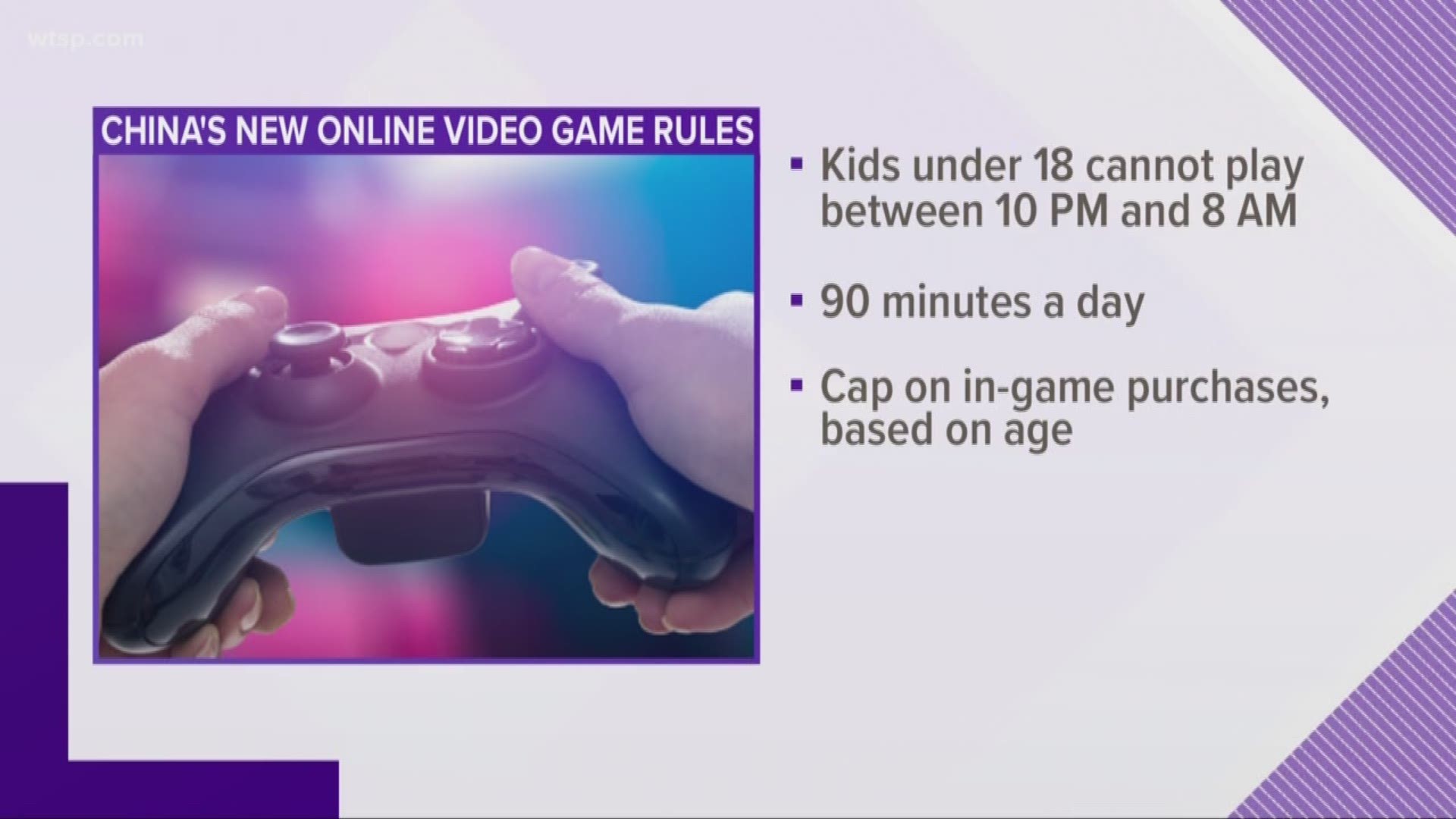 ST. PETERSBURG, Fla. — Put the controller down -- or at least use it wisely: Children in China under 18 years of age can no longer play video games past 10 p.m.

The new regulation, as reported in the New York Times, is in addition to others in an attempt to curb video game addiction. Chinese officials believe it's the root cause of an increase in nearsightedness and poor academic performance.

China's National Press and Publication Administration announced the rules on Tuesday and, in addition to the 10 p.m. "game over" time, kids cannot play through 8 a.m. They are barred from playing more than 90 minutes on weekdays.

And depending on age, in-game purchases for items like virtual weapons and clothes will be capped at $28 to $57 a month.

The new rules are said to tackle video game addiction.

“These problems affect the physical and mental health of minors, as well as their normal learning and living,” the National Press and Publication Administration said in a statement that was published by Xinhua, the official news agency, as reported by the Times.