The trailer features clips of classic songs 'Friend Like Me' and 'A Whole New World.' 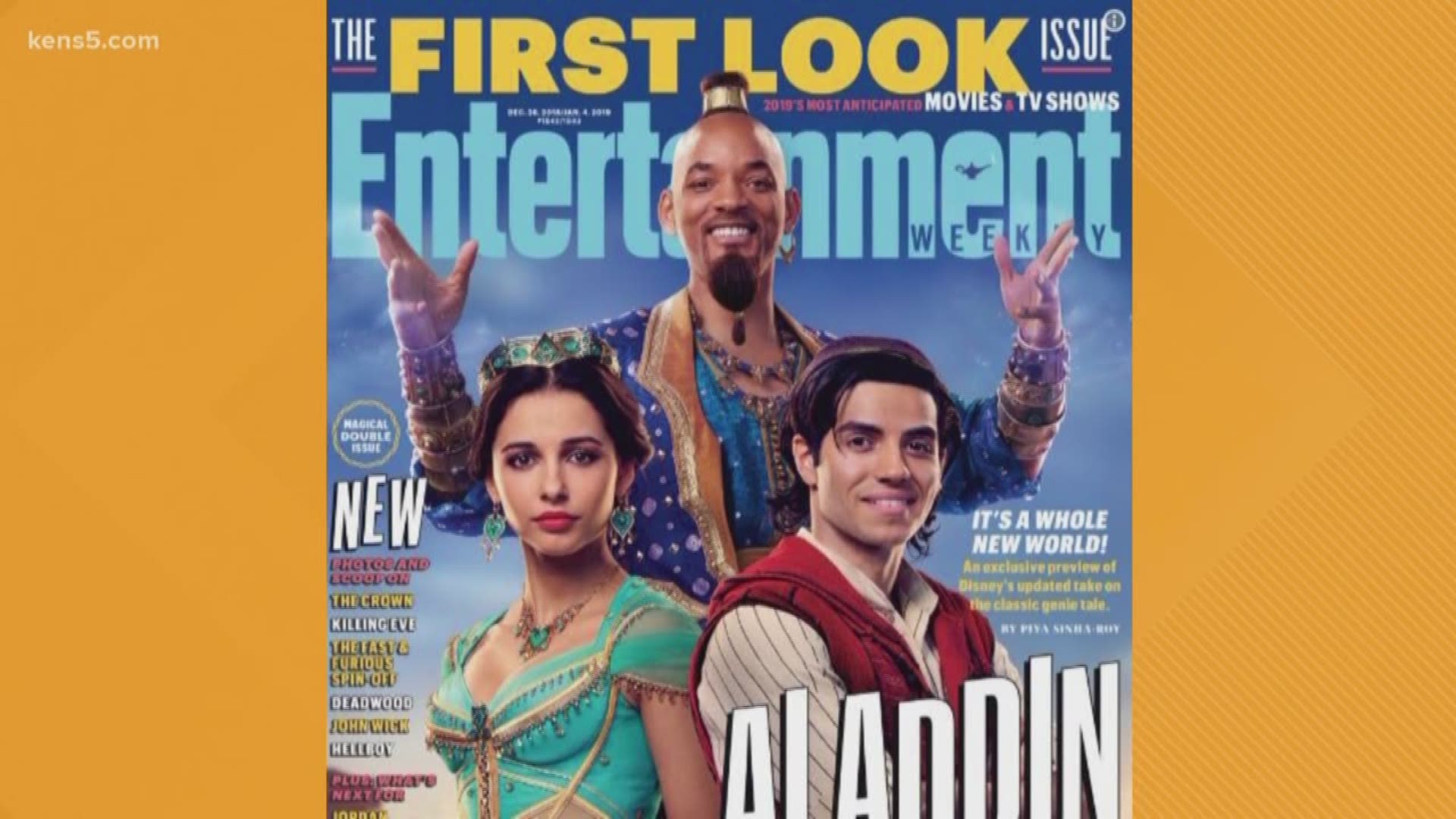 Get ready to enter a whole new world. After several promos, Disney released its first full trailer of the live-action remake of "Aladdin" on Good Morning America.

The retelling of Disney classic is directed by Guy Ritchie, and features Mena Massoud as Aladdin, Naomi Scott as Princess Jasmine and Will Smith as the genie.

Fans get to see much more of Smith's genie in the trailer. Disney shocked the world when Entertainment Weekly featured the genie on its cover, and he wasn't blue. In the trailer, Smith is portrayed in both his blue genie form and a more human form.

Smith spoke to Entertainment Weekly last year about playing a role made famous by the late Robin Williams.

"Whenever you’re doing things that are iconic, it’s always terrifying," he said. “The question is always: Where was there meat left on the bone? Robin didn’t leave a lot of meat on the bone with the character.”

Smith went on to say he wanted to bring a "hip-hop" flavor to the role, which fans can see in the trailer when he sings "Friend Like Me." The live-action film will feature the classic songs from the 90s "Aladdin" as well as some new ones.

"Aladdin is one of several live-action remakes that Disney is releasing this year. Tim Burton's "Dumbo" drops later this month, "The Lion King" will premiere in July, and a sequel to 2014's "Maleficent" will premiere in the fall.

"Aladdin" will hit theaters on May 24. Watch the full trailer here.