Leaders of the Group of Seven will spend the weekend discussing issues including the struggling global economy and climate change. 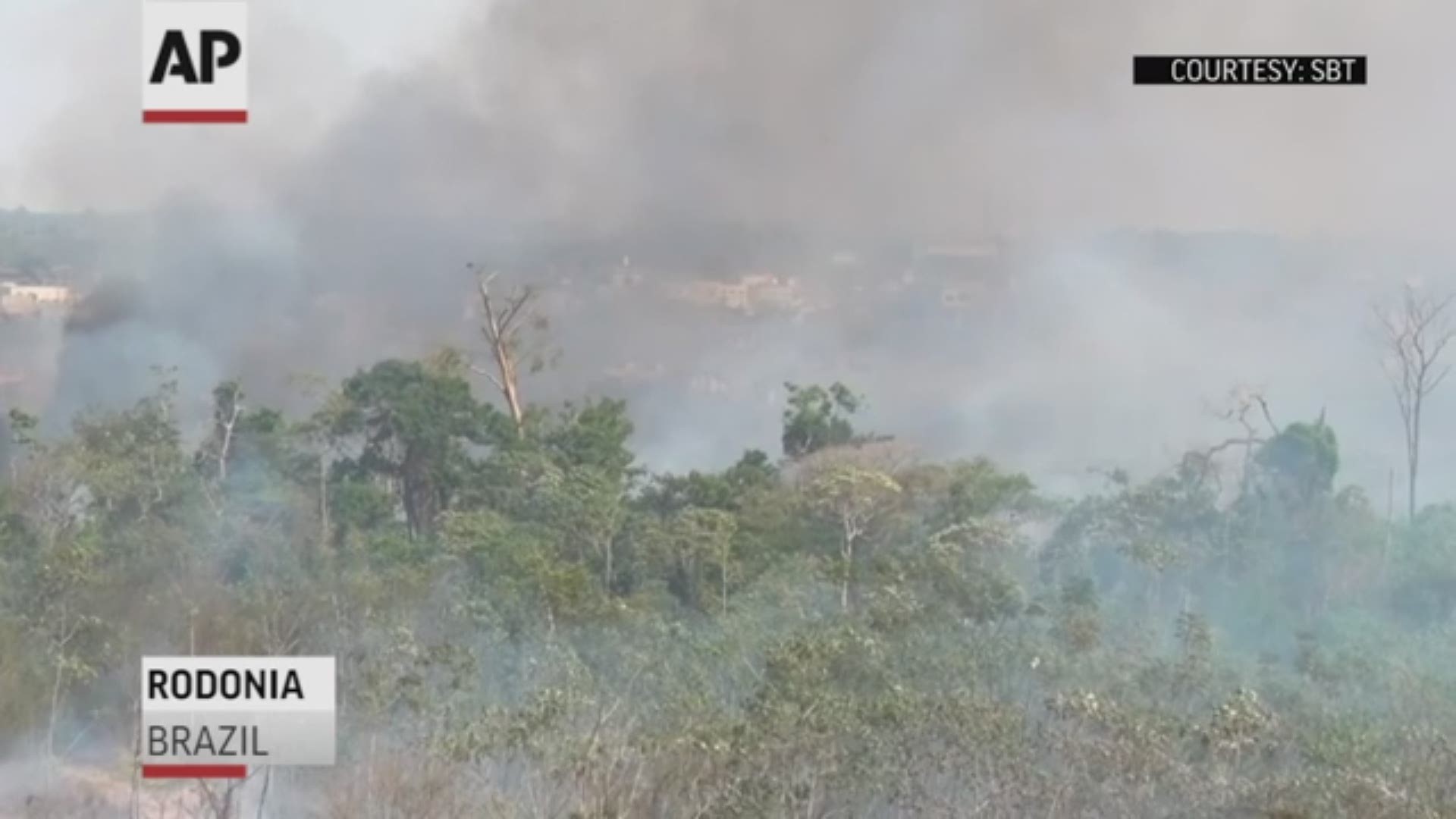 The European Union and Germany are backing French President Emmanuel Macron's call to put the Amazon fires on the agenda of this weekend's G-7 summit of world leaders in France.

European Commission spokeswoman Mina Andreeva said Friday that "the commission is deeply worried. The Amazon is the world's largest rainforest and contains one-tenth of the world's species."

RELATED: VERIFY: Facts vs. Fiction on fires in the Amazon

She says the bloc stands ready to help, and can notably offer the use of its satellite system to Brazil and Bolivia.

Andreeva says the EU's trade agreement with the Mercosur countries of South America, including Brazil, obliges them to respect the Paris climate change agreement and uphold environmental standards.