EXPLAINER: Did US hiring slow because of a ‘labor shortage’?

To nearly everyone's surprise, employers added a comparatively paltry 266,000 jobs in April, down drastically from a gain of 770,000 in March. 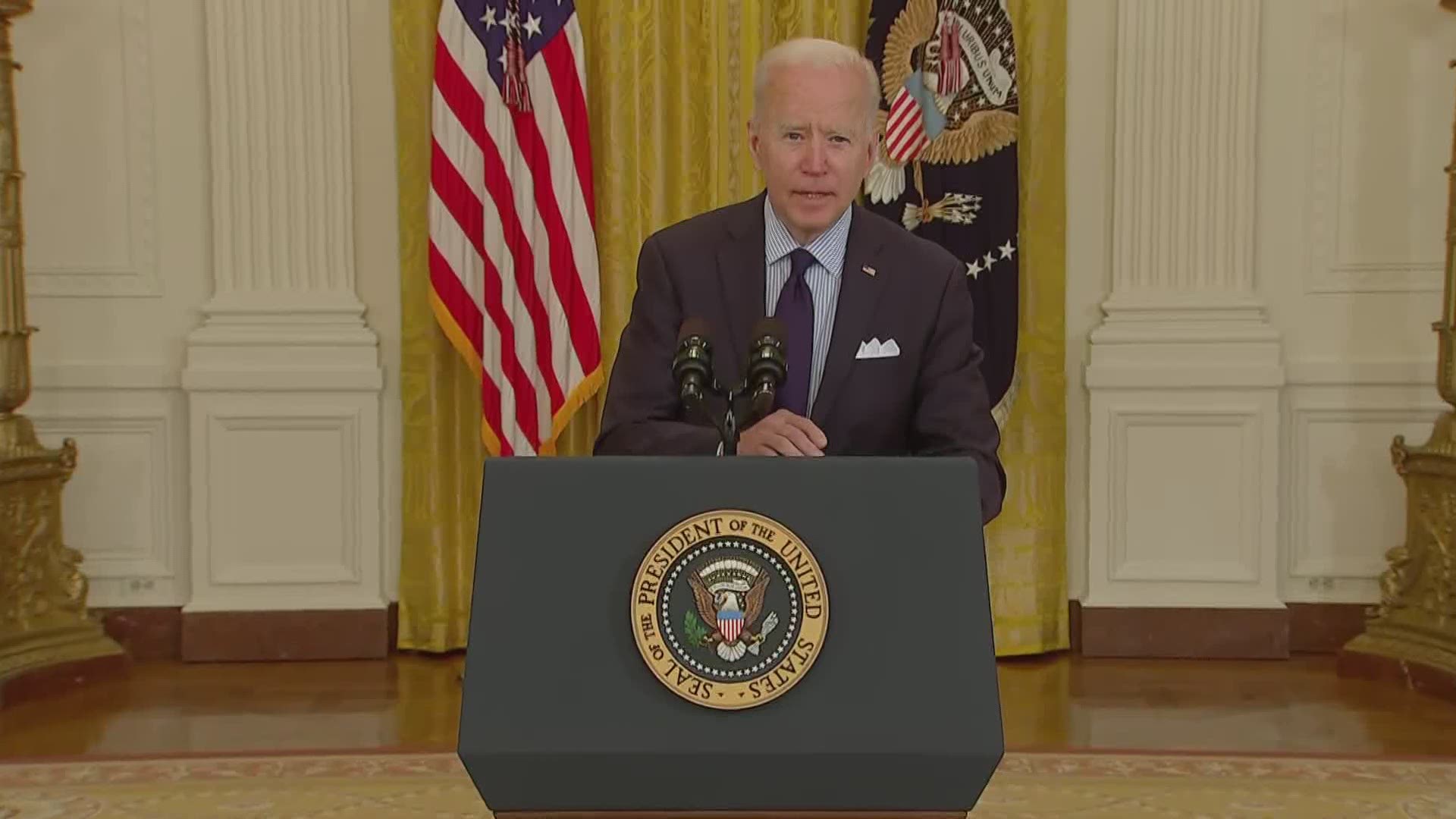 WASHINGTON — The anticipation for the U.S. jobs report for April, released Friday morning, was high.

Most experts agreed that after a yearlong pandemic, tens of millions of layoffs and widespread disease and death, a likely second straight month of nearly 1 million added jobs would send a clear signal: The economy was bounding back toward full health after a devastating recession.

Instead, the report was a clunker. To nearly everyone's surprise, employers added a comparatively paltry 266,000 jobs, down drastically from a gain of 770,000 in March, which itself was revised down from an initially much higher figure of 916,000.

Once the shock wore off, economists grappled with a host of questions, starting with: What happened last month — and why? What did the tepid hiring gain say about the state of the job market and the economy? And is there really a labor shortage?

SO WHY WAS THE JOB GAIN SO LOW?

The broadest explanation is that any time an economy has to recover from a severe shock, it isn't likely to proceed smoothly. But the pandemic may be causing a broader reshaping of the economy as companies, workers and customers adapt to a new normal. Month-to-month job gains will be choppy. In fact, the swiftness and strength of the recovery so far are themselves part of the cause.

Consumer confidence has surged, and many companies report soaring demand as Americans unleash pent-up desires to travel, eat out, and shop. Sales of new cars and homes are still rising. Yet because the economy is rebounding faster than almost anyone thought it would, many companies were caught flat-footed. Surging consumer demand has caused widespread shortages of parts and raw materials, including lumber, semiconductor chips and even chicken wings.

Now, workers themselves can be added to the list of shortages. Companies are advertising more jobs than they were before the pandemic, when the unemployment rate was a 50-year low of 3.5%. So they clearly want to add workers. Yet hiring stumbled in April because many employers couldn't attract as many as they needed.

Several things: Millions of people avoided looking for a job in April because they feared becoming infected by the coronavirus, according to a government survey. About 2 million women have stopped looking for work since the pandemic, likely because of disruptions in schooling and child care. In April, all the net job growth went to men; women as a group lost jobs. In addition, construction companies and factories have been left short of parts because of clogged supply chains and have had to slow production. Hiring weakened in both sectors in April.

And some businesses complain that a $300-a-week federal unemployment benefit, provided in President Joe Biden’s $1.9 trillion rescue package, has meant that many unemployed people can receive more income from unemployment aid than from their former jobs.

Jan Riggins, who manages two Express staffing offices in Fort Worth, Texas, said that some job seekers have turned down offers that paid less than they were receiving from benefits. She said health concerns are also a factor, noting that the open jobs that allow working from home, such as taking customer service calls, have been quickly filled.

WILL ALL THESE ISSUES CONTINUE TO HOLD DOWN HIRING IN THE COMING MONTHS?

It's possible. But most economists say they think April's slowdown will prove temporary. Daniel Zhao, senior economist at Glassdoor, an employment website, notes that Google searches for jobs had declined from mid-March and only rebounded in late April — after the government had compiled the jobs data for last month.

The average workweek rose last month, evidence that companies are asking their employees to work more and will likely need to add workers soon.

And the number of first-time applications for unemployment aid has dropped steadily in the past month, a sign that layoffs are slowing. More people are returning to the job market to look for work again: About 750,000 people have rejoined the workforce in the past two months. All of that should help employers fill more jobs.

ARE UNEMPLOYED PEOPLE REALLY AVOIDING JOBS FOR THE EXTRA $300 A WEEK IN FEDERAL JOBLESS AID?

This is a contentious question. One academic research paper has found that for every 10% increase in unemployment benefits, job applications decline by nearly 4%. Yet last spring, when the federal jobless benefit was $600 — twice as large — nearly 7.7 million people returned to work.

Many of the unemployed say the extra benefit does help them take more time to seek better jobs than they had before the downturn. That impulse can create a problem for business owners and executives, who often want to hire immediately. To them, the surge in customer demand emerging from the pandemic represents an opportunity to win new clients or increase market share.

There are signs that more employers are doing just that. Friday's jobs report showed that average hourly pay rose 0.7% in April to $30.17. For a single month, that's a solid gain. Walmart, Amazon and Costco have all broadly raised their hourly wages in recent months. Still, not all companies are willing to do so. Not yet anyway.

ARE OTHER FACTORS HOLDING DOWN JOB GROWTH?

Many small businesses closed in the pandemic, particularly in downtowns that emptied out as white-collar workers fled to work from home. Kristen Broady, an economist at the Brookings Institution, noted that some of those companies have announced that they will continue to allow their employees to work from home, at least for part of the week. That trend will likely hurt downtown coffee shops, dry cleaners, gyms, and restaurants.

“When you think about those people," Broady said, “their work circumstances may never go back to pre-COVID.”

And Caren Merrick, CEO of VA Ready, a Virginia-based job training program, said that many employers appear too picky about whom they hire.

Her organization trains laid-off workers, most from the restaurant and hotel industries, for jobs in health care, manufacturing, and information technology. Some of the trainees who earn certifications are told by employers that they lack experience. Those companies could do more to find workers, she said, such as creating apprenticeships or dropping requirements for college degrees.

“Some companies have barriers themselves that prevent them from hiring the people that they need," Merrick said. “They need to make a greater effort.”