Authorities say a train engineer intentionally drove a speeding locomotive off a track in Los Angeles because he was suspicious about a docked Navy hospital ship. 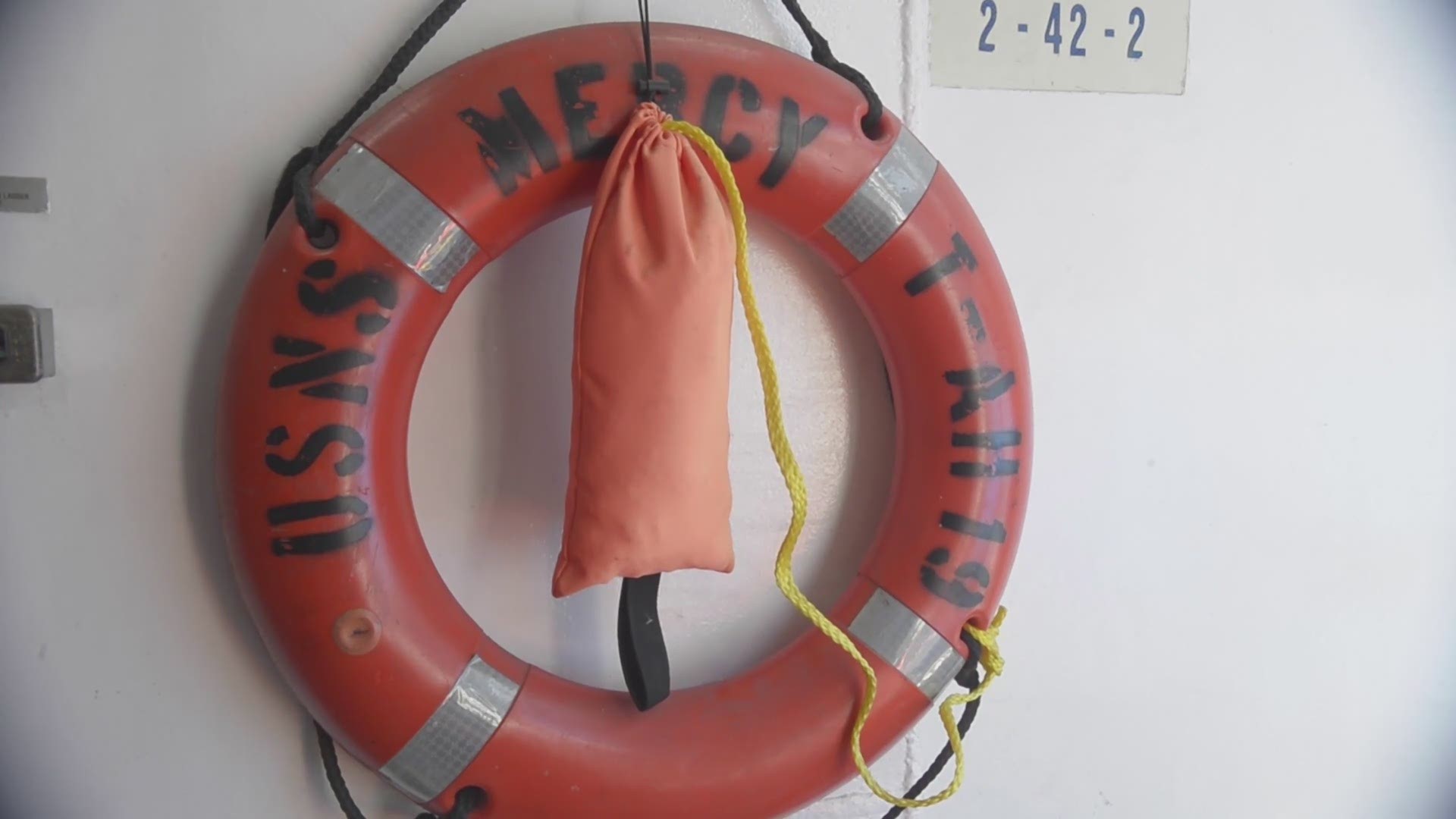 LOS ANGELES — A train engineer intentionally drove a speeding locomotive off a track at the Port of Los Angeles because he was suspicious about the presence of a Navy hospital ship docked there to help during the coronavirus crisis, federal prosecutors said Wednesday.

The locomotive crashed through a series of barriers and fences before coming to rest more than 250 yards (230 meters) from the U.S. Navy Hospital Ship Mercy on Tuesday, the U.S. Department of Justice said in a release.

Eduardo Moreno, 44, was charged with one count of train wrecking, prosecutors said. It wasn't immediately known if he has an attorney.

Moreno acknowledged in two separate interviews with law enforcement that he intentionally derailed and crashed the train near the Mercy, according to the criminal complaint.

“You only get this chance once. The whole world is watching. I had to," Moreno told investigators, according to the complaint. "People don’t know what’s going on here. Now they will.”

Moreno said he was suspicious of the Mercy and believed it had an alternate purpose related to COVID-19 or a government takeover, an affidavit states. Moreno stated that he acted alone and had not pre-planned the attempted attack.

In an interview with FBI agents, Moreno stated that “he did it out of the desire to ‘wake people up,’” according to an affidavit.

“Moreno stated that he thought that the USNS Mercy was suspicious and did not believe ‘the ship is what they say it’s for,'" the complaint said.

The Mercy arrived in port this week to provide a thousand hospital beds for non-coronavirus cases to take the load of regional medical centers expecting a surge of COVID-19 patients.

Phillip Sanfield, spokesman for the Port of Los Angeles, said the locomotive never came close to the Mercy.

“It would have had to have gone several hundred yards through a parking lot and cross a water channel to reach the ship,” Sanfield said. “ The tracks are nowhere near the Mercy.”

Credit: AP
FILE - In this March 27, 2020, file photo, The USNS Mercy enters the Port of Los Angeles in Los Angeles. A train engineer intentionally drove a speeding locomotive off a track at the Port of Los Angeles because he was suspicious about the presence of a Navy hospital ship docked there amid the coronovirus crisis. The locomotive crashed through a series of barriers before coming to rest more than 250 yards from the U.S. Navy Hospital Ship Mercy on Tuesday, March 31, 2020. Nobody was hurt. (AP Photo/Mark J. Terrill, File)

RELATED: USNS Comfort team eager to help out in NYC

The engineer wasn’t a port employee but apparently was working for Pacific Harbor Line Inc., a train company that handles cargo in the port and connects to major railroad lines, Sanfield said. The company didn't immediately return a phone call seeking comment.

Moreno was arrested by a California Highway Patrol officer who witnessed the crash and captured him as he fled the scene. The FBI’s Joint Terrorism Task Force and the Port of Los Angeles Police are now leading the investigation.