Texas gun range ejects two shooters and bans them for life over reckless selfies taken with a loaded gun. 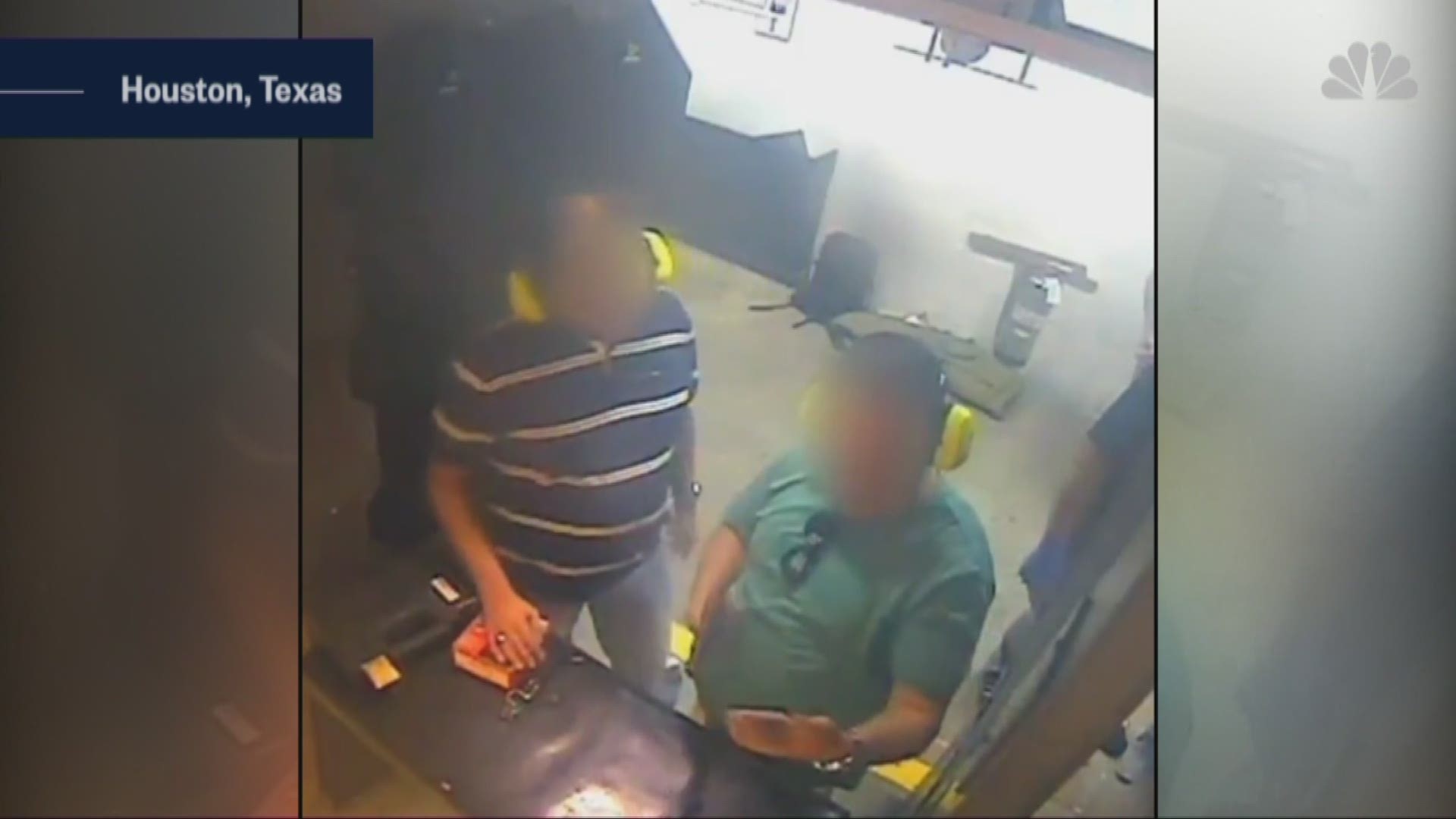 HOUSTON — Two men have been banned from a Houston gun range after they tried to take a selfie with one of the men holding a gun to his friend's head.

Surveillance cameras captured the incident at the Top Gun Range.

Managers have sent the video to all their employees as a training tool.

They also wanted to give the public a refresher in gun range safety by releasing it on social media.