Michael Packard at first thought he was being attacked by a shark while diving off Cape Cod. It turned out to be a whale. 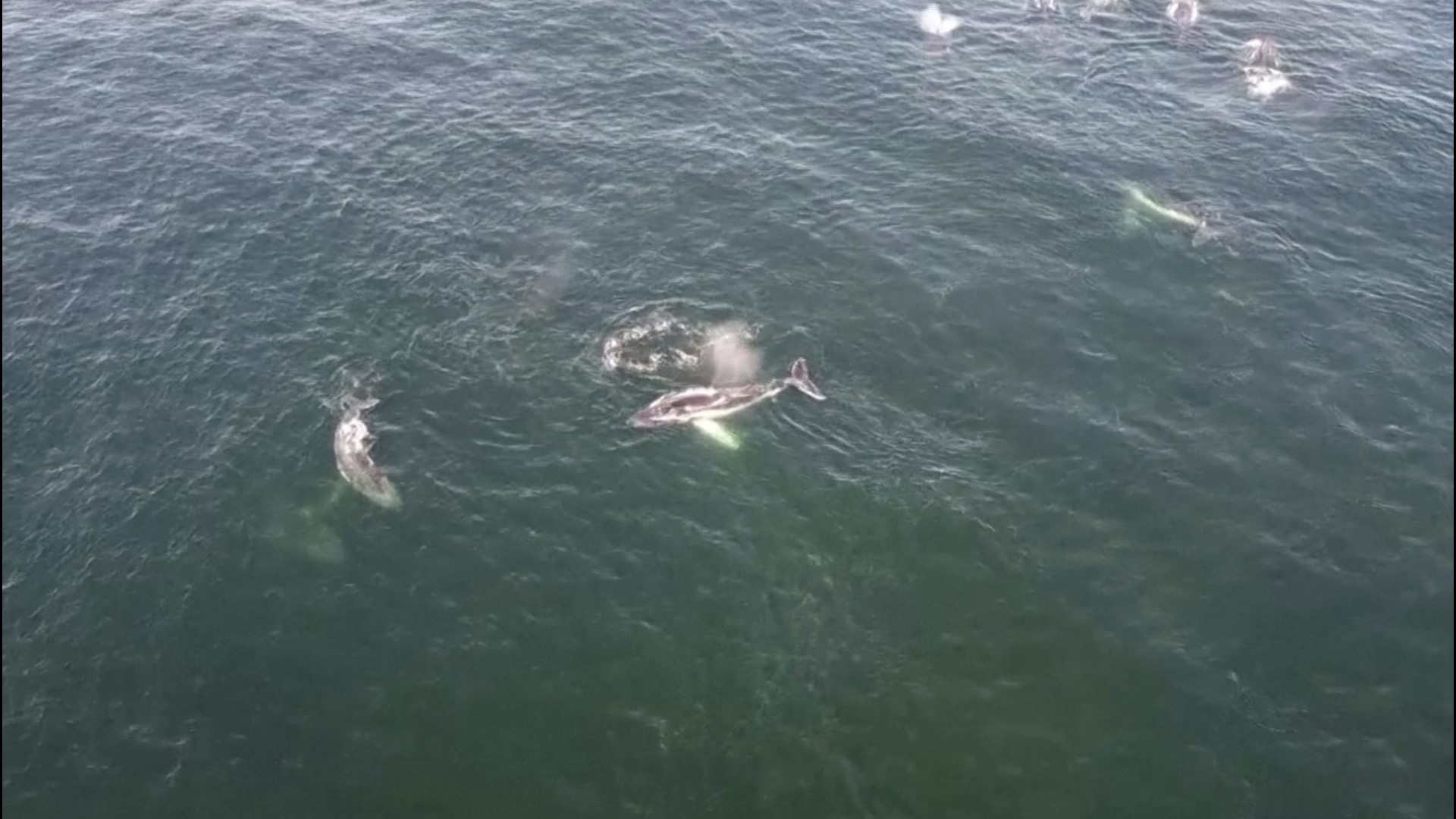 BARNSTABLE, Mass — A commercial lobster diver who got caught in the mouth of a humpback whale off the coast of Cape Cod on Friday morning said he thought he was going to die.

Michael Packard, 56, of Wellfleet, told WBZ-TV after he was released from Cape Cod Hospital that he was about 45 feet (14 meters) deep in the waters off Provincetown when “all of a sudden I felt this huge bump, and everything went dark."

He thought he had been attacked by a shark, common in area waters, but then realized he could not feel any teeth and he wasn't in any pain.

He estimates he was in the whale's mouth for about 30 seconds, but continued to breathe because he still had his breathing apparatus in.

Then the whale surfaced, shook its head, and spit him out. He was rescued by his crewmate in the surface boat.

His sister, Cynthia Packard, originally told the Cape Cod Times that her brother broke a leg, but he said later that his legs are just bruised.

Charles “Stormy” Mayo, a senior scientist and whale expert at the Center for Coastal Studies in Provincetown, told the newspaper that such human-whale encounters are rare.

Humpbacks are not aggressive and Mayo thinks it was an accidental encounter while the whale was feeding on fish, likely sand lance.