Astronomers have known how planets form, but they've never been able to see it until now. 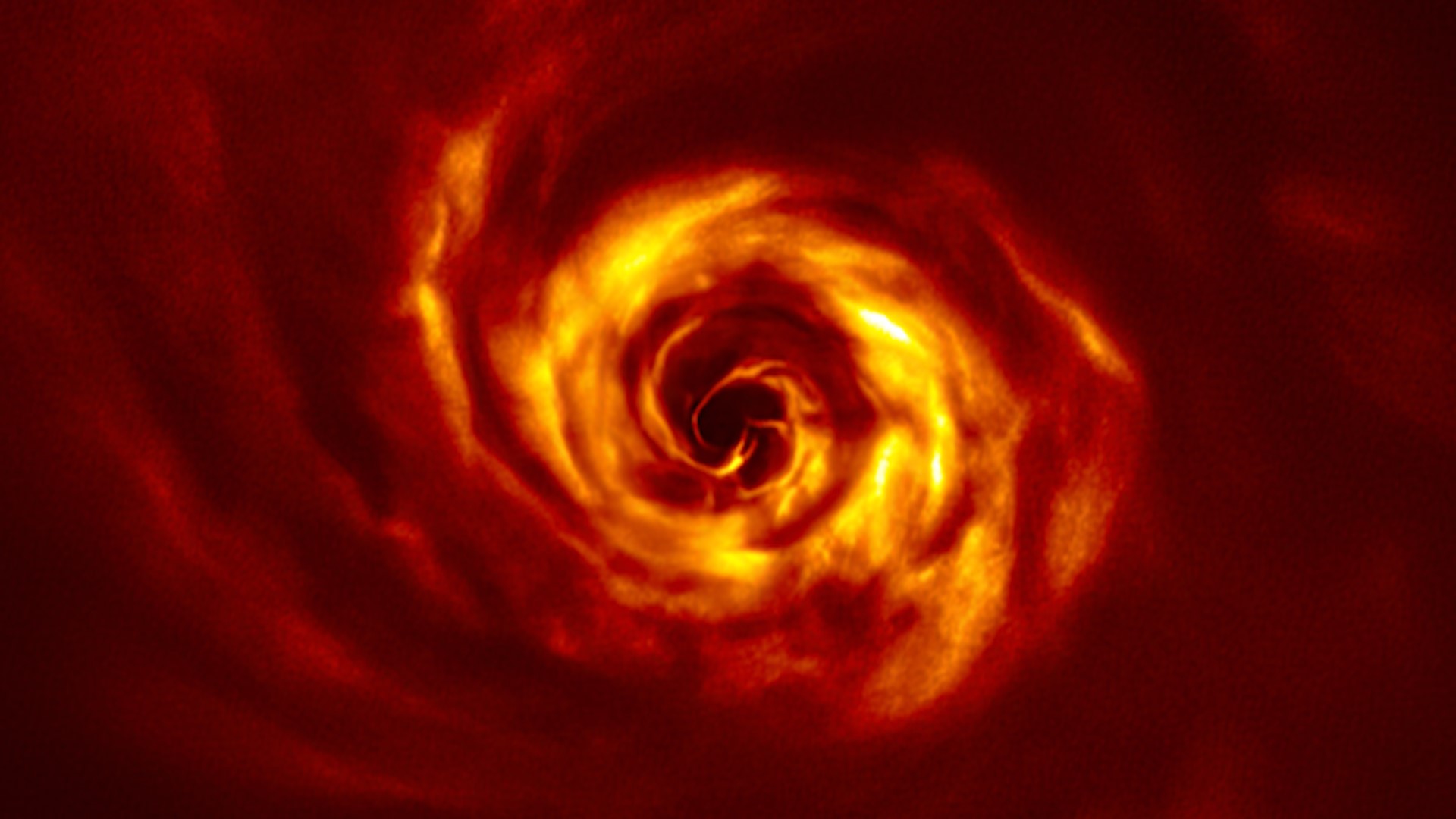 For the first time ever, astronomers may be seeing the early formations of a planet in another star system. It's happening inside a massive orange and yellow swirl that has been picked up by a giant telescope in Europe.

It's happening around a star about 520 light-years from Earth in the constellation of Auriga. It was spotted with the European Southern Observatory’s Very Large Telescope.

"Around the young star AB Aurigae lies a dense disc of dust and gas in which astronomers have spotted a prominent spiral structure with a ‘twist’ that marks the site where a planet may be forming. The observed feature could be the first direct evidence of a baby planet coming into existence," the ESO said in a statement.

Astronomers already know that planets are created from dusty discs surrounding young stars, but this is the first time they can observe this "twist."

The ESO explains the process.

"As the planet rotates around the central star, this wave gets shaped into a spiral arm. The very bright yellow ‘twist’ region close to the centre of the new AB Aurigae image, which lies at about the same distance from the star as Neptune from the Sun, is one of these disturbance sites where the team believes a planet is being made."

Astronomers could soon get an even more precise look at this phenomenon. The ESO is constructing the Extremely Large Telescope.

“We should be able to see directly and more precisely how the dynamics of the gas contributes to the formation of planets,” Boccaletti said.