The chicken co. tried to tell as many people on Twitter as possible that the Georgia senator has no affiliation with Perdue Chicken, after some called for a boycott. 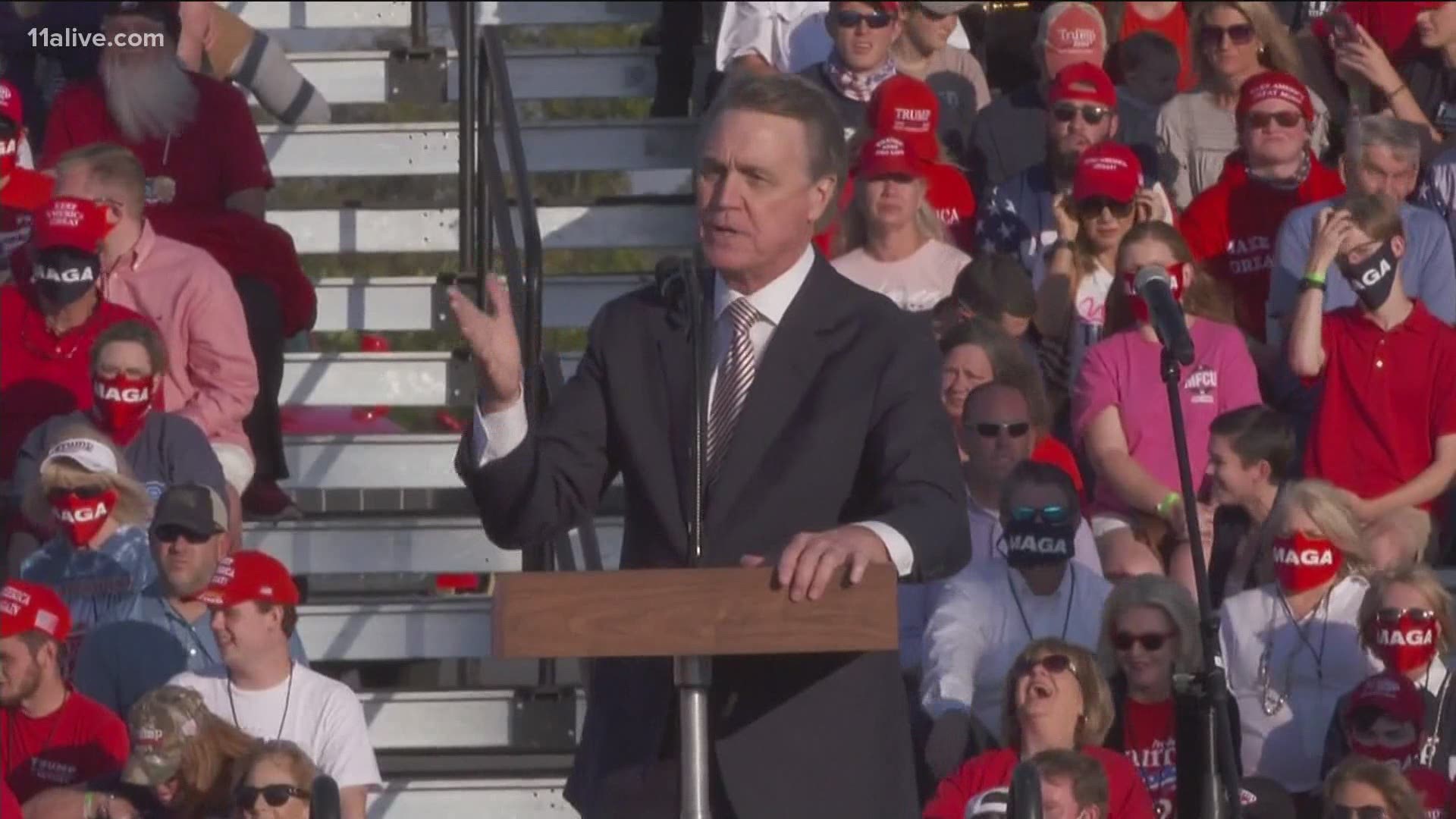 WASHINGTON — An unfortunate mix up had Perdue Chicken's communications department working hard over the weekend to assure people the brand has no affiliation with Sen. David Perdue, after the Georgia Republican angered many by mocking the pronunciation of California Sen. Kamala Harris' name at a Trump rally in Macon.

On Friday at Middle Georgia Regional Airport outside of Macon, as Perdue was finishing his remarks, the senator referred to the vice presidential candidate and said, “KAH'-mah-lah? Kah-MAH'-lah? Kamala-mala-mala? I don’t know. Whatever,” which was followed by laughter from the audience.

Harris' first name is pronounced “KAH’-mah-lah” — or, as she explains in her biography, "'comma-la,' like the punctuation mark."

While a spokesperson for Perdue defended him saying he “didn't mean anything by it,” that didn't stop a swarm of people from going on Twitter to tag the Perdue Chicken account, confusing Perdue's last name with the chicken brand and assuming a connection.

One Twitter user tagged Perdue Chicken saying, "No minorities will buy chicken!" and added a hashtag calling for a boycott. Similar tweets wrongly assumed there was an affiliation and also appealed for people not to buy products from the company.

Perdue Chicken's communications team sprang into action, replying to as many of the tweets as possible to try and assure people that it's not affiliated with the senator.

Other tweets tagged Perdue Chicken similarly assuming that the chicken brand's name was tied with the senator's family name.

Hi there, Julie. I can assure you that David Perdue has no affiliation with the Perdue brand. ~Eliza

Harris has experienced similar remarks from her political opponents recently, since becoming the first Black woman and the first person of South-Asian descent to be on a national presidential ticket. Democrats have said that the incidents of mispronunciation are signs of racism, with Harris' own aides echoing that sentiment.

Credit: Phillip Murrell
1,100+ workers at the Perdue chicken processing plant in Cromwell, KY are being tested for COVID-19

But many simply were not buying the explanation from his public relations team.

Note to colleagues: This is one of those moments when fair coverage does not require you to pretend to believe this. https://t.co/kIE6UDriao

Perdue Chicken continued to try and clarify the mix up with their brand well into Saturday morning as people angry with the remarks continued to confuse the senator with the chicken brand of the same name.

It's been a busy morning for the good people at @PerdueChicken pic.twitter.com/dNANe7mtKe

The Perdue Chicken tweets were signed by a member of their communications team named "Eliza," causing many to commend Eliza for the hard work trying to correct the error.

Eliza from @PerdueChicken is the Employee of the month ☕️lol

David Perdue is related to U.S. Secretary of Agriculture Sonny Perdue. They are cousins, according to the senator's campaign.