Warning: Looking at these 'pollmageddon' photos may lead to spontaneous sneezing and other allergy symptoms. 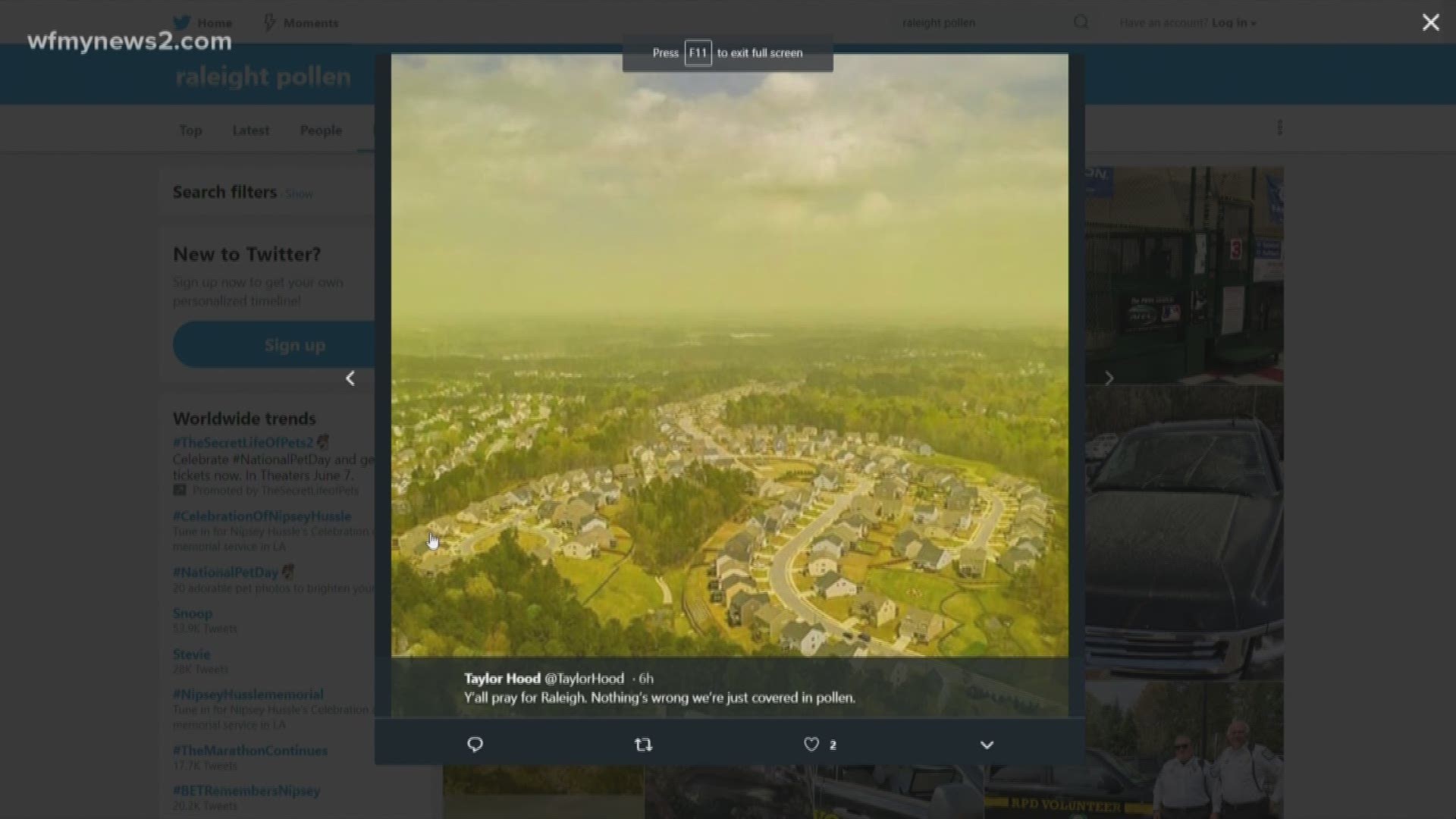 If your allergies aren't acting up right now, these photos from North Carolina may do the trick.

Jeremy Gilchrist captured quite the scene on Monday as a pollen haze covered the city of Durham, North Carolina.

On social media the photographer called it "pollmageddon" and the "pollening."

The golden haze photos are so surreal that Gilchrist had to include in his Facebook post that he wasn't using any camera tricks. His original post has already been shared more than 19,000 times.

Gilchrist told the Capital Weather Gang that he noticed a green haze around lunchtime on Monday so he decided to launch his drone to get an aerial view.

That's when he got his first real glimpse at just how much pollen was in the air.

A couple hours after Gilchrist took the "pollening" photos, a thunderstorm moved in and blew it all away.

The Weather Channel ranked Raleigh on Tuesday among the top five cities for pollen severity that day, according to CNN.