Ramadan begins the evening of April 12 in the United States

It's the holiest month of the year for nearly 2 billion Muslims across the world. 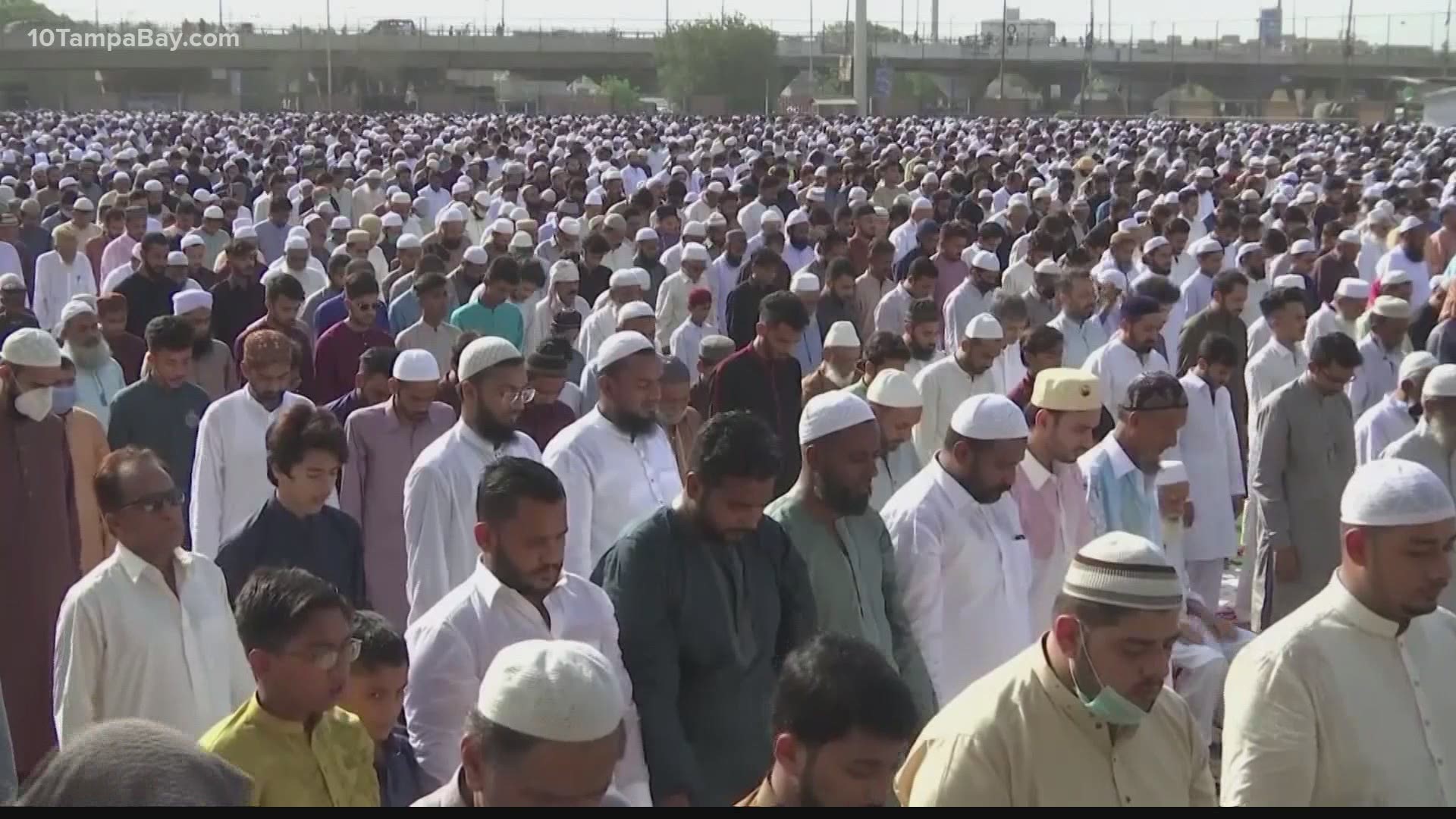 SAINT PETERSBURG, Fla. — Ramadan, the holy month which is known for bringing Muslims together, and fasting, officially starts the evening of April 12 in the United States.

Here in Florida, we have the eighth largest Muslim population in the U.S. according to World Population Review.

Here's what the next month will look like for those who celebrate.

Ramadan is the holiest month of the year for the world's nearly two billion Muslims. It is celebrated as the month Allah gave the first chapters of the Quran to Muhammad.

Muslims mark the month by fasting from before sunrise to after sunset. Fasting during Ramadan is one of the five pillars of Islam, the basis of the religion. The other four are the profession of faith, prayer, pilgrimage and alms-giving or giving to those in need.

Ramadan occurs on the ninth month of the lunar calendar and begins in the morning after the crescent moon is sighted.

The beginning of the holy month can vary due to weather and geography, which impact when the moon is seen. This year, Ramadan will end on May 12, at which point a three-day celebration begins.

It is called Eid Al-Fitr or the 'Festival of Breaking the Fast.' It begins with prayer and is usually celebrated with a big meal.

Ramadan Kareem. I wish Muslims in the United States and around the world a month blessed with joy, peace, and prosperity. #RamadanMubarak pic.twitter.com/gt2ZPxe3MW

Here locally in Tampa Bay, we have a few groups for our Muslim community. Those include the Islamic Society of Pinellas County and the Islamic Community of Tampa.

For the next five weeks, the ICT is holding supply drives, handing out things like water, masks and hand sanitizer. It will also be giving out restaurant vouchers for students. You can find more about those drives here.