Newman suffered a head injury after his car went airborne and crashed on the final lap of the Daytona 500. 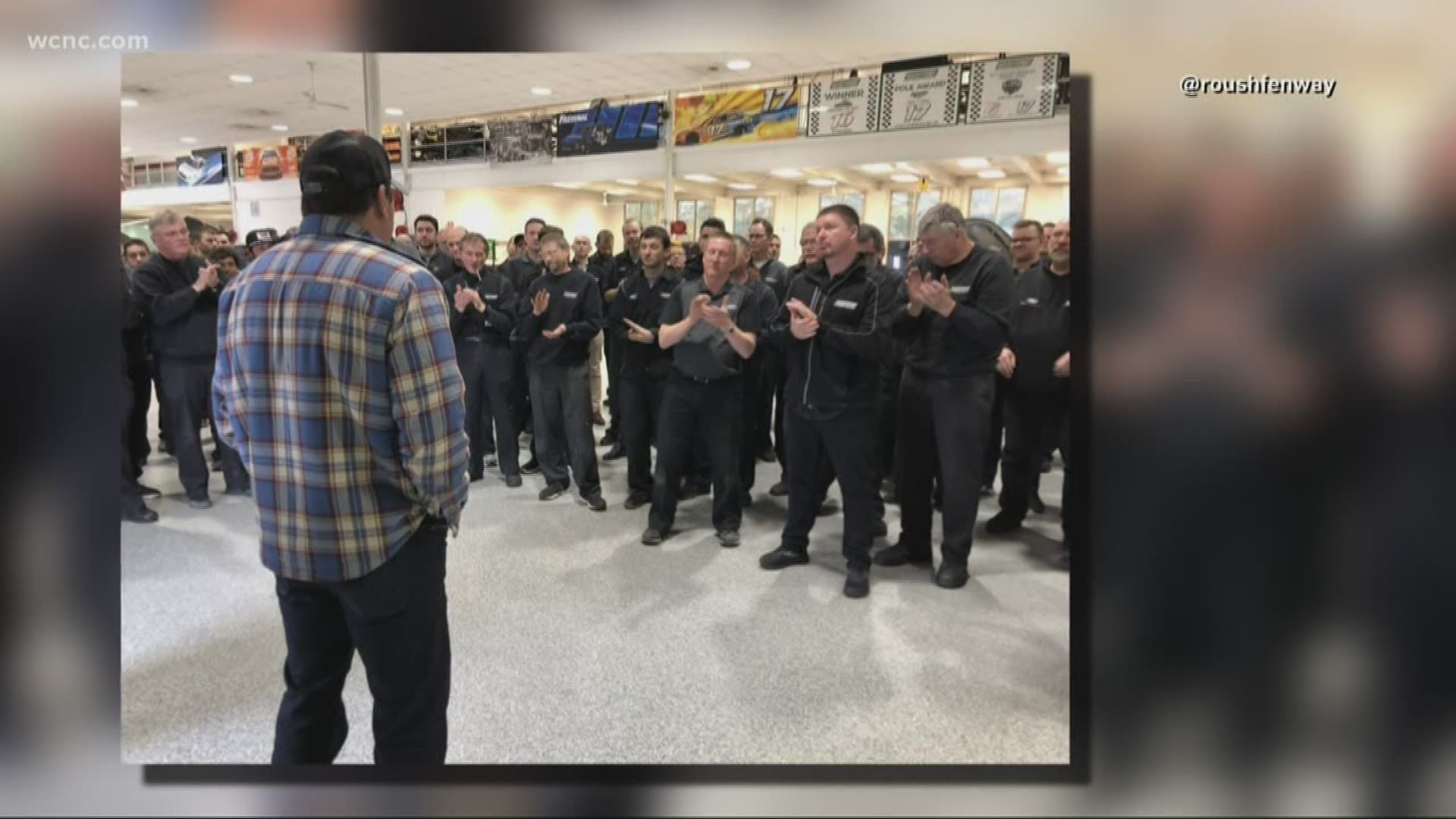 CHARLOTTE, N.C. — Ryan Newman has been medically cleared to race once the NASCAR season resumes, according to a statement from his team, Roush Fenway Racing. He will drive the No. 6 Ford when racing begins again, which could be as early as May 17.

Roush Fenway also said Newman has received a waiver from NASCAR to compete for the championship despite missing three races between the Daytona 500 and the suspension of the season due to the coronavirus pandemic.

Newman suffered a head injury in the season-opening race at Daytona International Speedway. The Indiana native spent less than 48 hours in the hospital before walking out holding hands with his two daughters..

Speaking before NASCAR's iRacing event Sunday, Newman said on Fox Sports that he will be ready to race when NASCAR calls drivers back to the track.

“That’s the absolute plan for sure. I am healthy," Newman said. “I have been blessed with another layer of this (coronavirus) situation giving me more time to heal and I look forward to being back in the seat, for sure.”

Newman was in a spectacular crash while racing for the lead on the final lap of the Daytona 500 on Feb. 17. His airborne car was hit by another car, his Ford rolled several times and came to a stop on his roof. It took several minutes to get him out of the car and transferred to a Florida hospital, where his condition was considered serious but not life-threatening.

Credit: AP
FILE - In this Feb. 17, 2020, file photo, Ryan Newman (6) goes airborne after crashing into Corey LaJoie (32) during the NASCAR Daytona 500 auto race at Daytona International Speedway in Daytona Beach, Fla. Newman says he will be ready to race when NASCAR resumes competition. He suffered a heady injury in the season-opening race at Daytona International Speedway. NASCAR says he still must be medically cleared. (AP Photo/Chris O'Meara, File)

Newman used his brief appearance on Fox Sports to give thanks again for the outpouring of support he has received during his recovery.

“I am so excited and thankful all at the same time to be healthy and at some point get back in a race car when the world starts turning again,” Newman said. “And thankful for all the people and support that I've got from family, fans, you name it that have prayed for me, you name it, you have given me this multitude of miracles.”

NASCAR is hoping to resume its season without spectators as early as May 17. The situation remains fluid as the sanctioning body hammers out a new schedule and finds states that will host the series, and teams plan their return to their race shops.