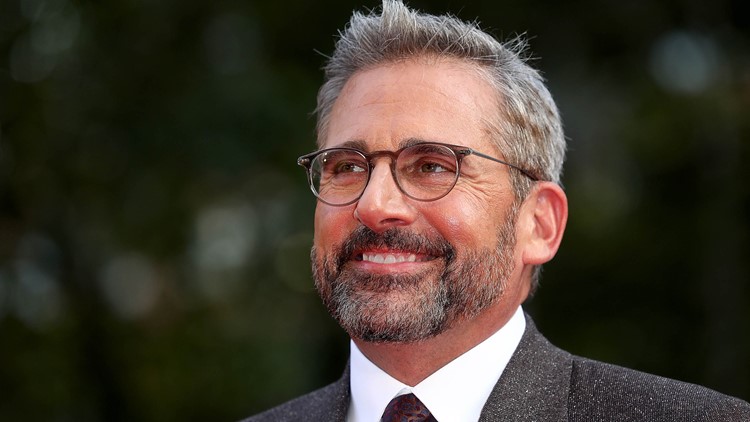 Carell returned to host this week's episode of "Saturday Night Live" for the third time, prompting an "Office" reunion and much speculation that the show would be coming back to the small screen after more than five years.

During his opening monologue, the comedian was interrupted by an audience member who asked, "Will you ever reboot 'The Office.'" Cast member Kenan Thompson added, "I also think that you should.'"

Carell, who famously played Michael Scott on the beloved show, shut down the inquiry: "It was a great experience, I love all of those people but I just don't think it's the best idea…I don't think it would be as good this time around."

Those people he loves so much – fellow co-stars Ellie Kemper, Ed Helms and Jenna Fischer – started to emerge from the studio audience with some questions of their own.

"People would really love to see an 'Office" reboot," Kemper (who played Erin Hannon) said to much applause. "Especially because I need that money, let's get that money Steve."

Helms, who portrayed Andy Bernard, poked fun at Carell's dabbles in more serious roles: "I just don't think you understand how much money we're talking about. Like you wouldn't have to do those sad movies anymore."

Fischer reminded Carell of the last words her character Pam Beesly "secretly whispered" to his character Scott as she left for Denver. "She said, 'Steve don't be a (expletive), do the reboot'…Let's just do the damn thing."

Even Carell's family was in on the joke. "We think you should probably do the show…We don't really need you to hang around anymore," his wife Nancy Carell said, alongside their uninterested children Elisabeth and John.

The comedian then raised fans' hopes to astronomical heights. "Feels like everyone wants this to happen. Do you guys want to see an "Office" reboot," he asked the crowd after being joined onstage by his co-stars, just before ripping everyone's hearts out.

"I am proud to announce officially, that we have a great show tonight. Ella Mai is here and we will be right back," he joked.

@MikeClayNFL tweeted: "That was a truly amazing troll by SNL/Steve Carrell. For a solid 5 seconds or so, I thought The Office was really coming back."

That was a truly amazing troll by SNL/Steve Carrell. For a solid 5 seconds or so, I thought The Office was really coming back.

"This mini The Office reunion was great," @Phil_Lewis_ added.

This mini The Office reunion was great #SNL pic.twitter.com/nVc4i8XPMJ

User @pink_nylon agreed: "I’m loving this mini - Office reunion so much. I can’t handle it!"

I’m loving this mini - Office reunion so much. I can’t handle it! #SNL #TheOffice pic.twitter.com/M8R4bZu0AU

Other fans kept hope alive for a possible reboot one day, pleading "please."

The entire cast of the office reboot asking for a reboot 😂 please @SteveCarell 🙏#SNL pic.twitter.com/wcizDZnkK7