Researchers believe it may have spread to humans from venomous snakes sold at an animal market in Wuhan. 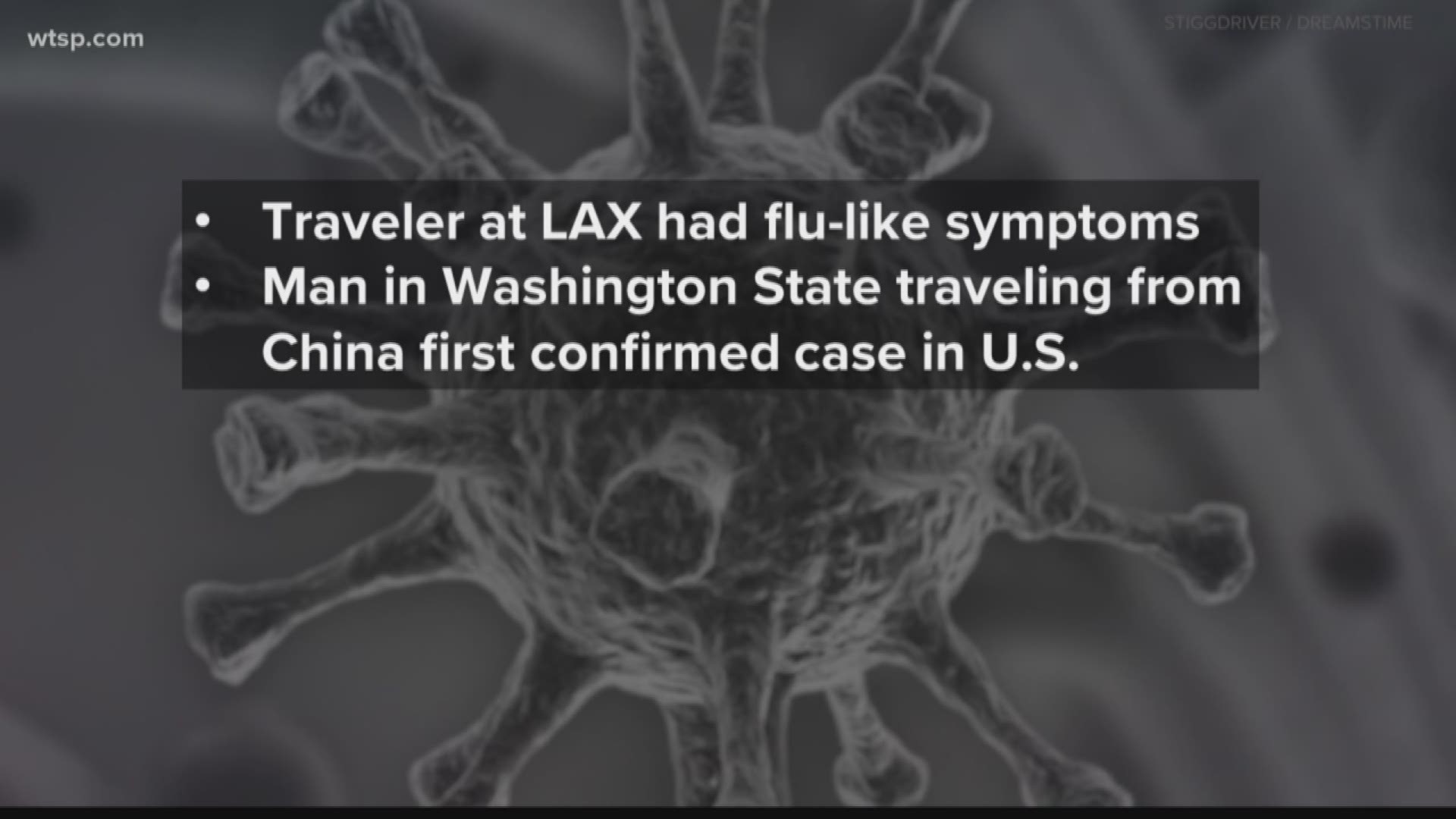 BEIJING, China — Twenty-five million people are essentially trapped in a quarantine zone, where the Chinese government is trying to contain the spread of a dangerous new strain of coronavirus, according to the Washington Post.

That’s more than the population of Florida.

Airports and public transportation in Wuhan and three other cities are shut down, and the Post reports large gatherings are being banned across the country.

Even the iconic Forbidden City, which attracts millions of visitors every year, will close indefinitely on Saturday, the Associated Press reported.

But the virus has already spread.

Several countries across Asia have reported cases, and a person in Washington State is being treated, after contracting coronavirus on a trip to Wuhan.

Credit: AP
Health officials watch thermographic monitors at a quarantine inspection station at the Kuala Lumpur International Airport in Sepang, Malaysia, Tuesday, Jan. 21, 2020.Countries both in the Asia-Pacific and elsewhere have initiated body temperature checks at airports, railway stations and along highways in hopes of catching those at risk of carrying a new coronavirus that has sickened more than 200 people in China. (AP Photo/Vincent Thian)

Now, scientists are trying to figure out where the virus came from.

International Business Times reported researchers at Peking University may have identified the culprit – venomous snakes sold alongside other exotic animals at a market in Wuhan that’s believed to be the outbreak’s epicenter.

However, an article in the Journal of Medical Virology, written by scientists from the University of Alabama School of Medicine and the University of Pittsburgh’s Microbiology and Molecular Genetics department, suggests marmots and bats sold at the market could just as easily be to blame.

According to NPR, infected bats were behind the 2002 SARS outbreak that killed 774 people.

Regardless of Wuhan coronavirus’ precise origin, the Chinese government confirmed this week it is actively spreading from person to person.

CBS News reports at least 17 people in China have died.

RELATED: What is Wuhan coronavirus?