The Speaker of the House released a statement Tuesday night responding to the president's letter saying, 'you are not above the law. You will be held accountable.' 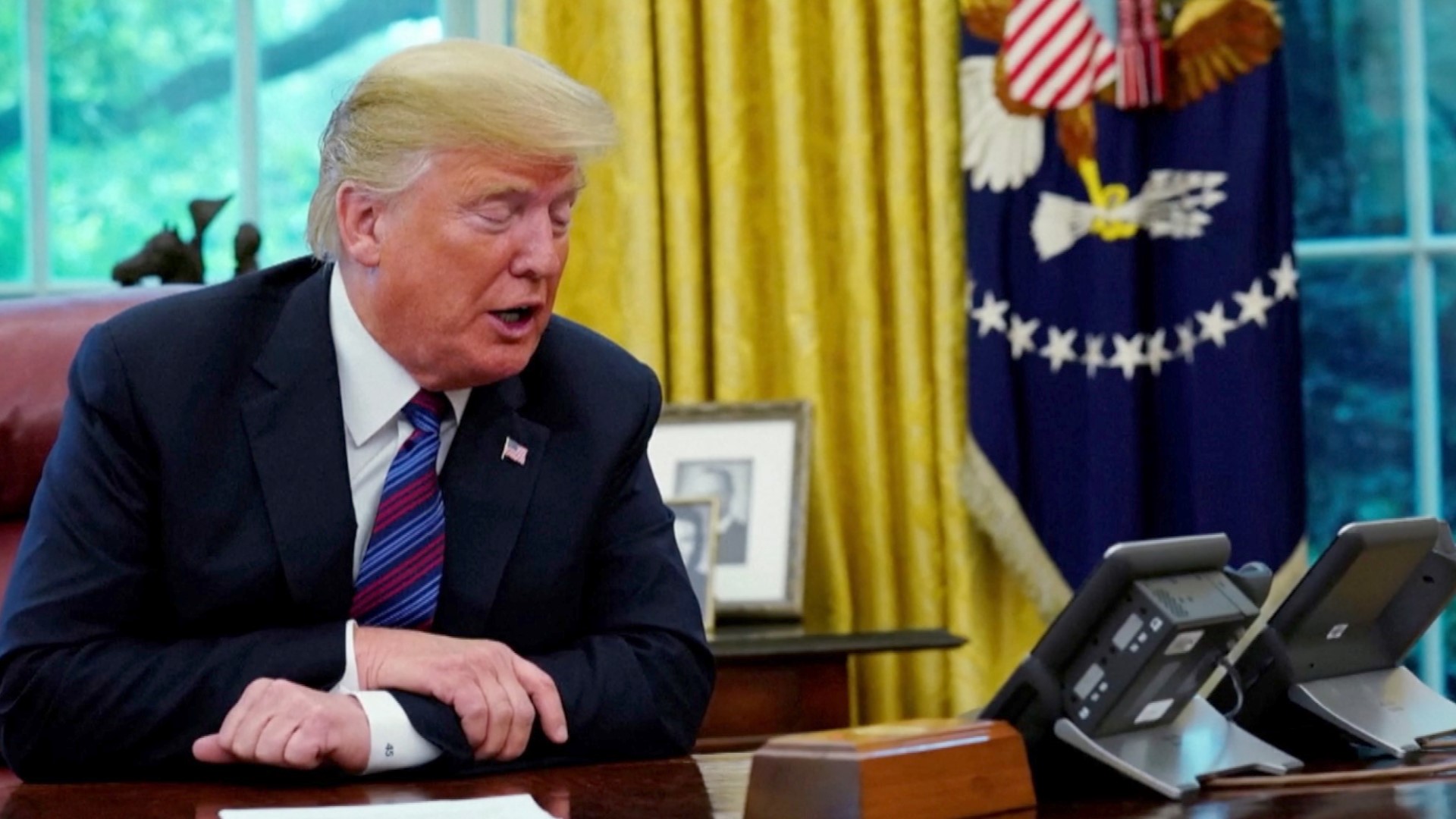 WASHINGTON — The White House declared Tuesday it will not cooperate with what it termed an "illegitimate" impeachment probe by House Democrats, setting up a constitutional clash between President Donald Trump and Congress.

Trump attorneys sent a letter to House leaders bluntly stating their refusal to participate in the quickly moving impeachment investigation. The letter threatens to cease cooperation with Capitol Hill on key oversight matters, accusing lawmakers of formulating their probe "in a manner that violates fundamental fairness and constitutionally mandated due process."

"Given that your inquiry lacks any legitimate constitutional foundation, any pretense of fairness, or even the most elementary due process protections, the Executive Branch cannot be expected to participate in it," White House Counsel Pat Cipollone wrote.

The White House is objecting that the House did not formally vote to begin the impeachment inquiry into Trump and is also attacking the conduct of House intelligence committee Chairman Adam Schiff.

House Speaker Nancy Pelosi has insisted the House is well within its rules to conduct oversight of the executive branch under the Constitution regardless of a vote.

Tuesday evening Speaker Pelosi responded with a statement released on Twitter addressing Trump saying, "you are not above the law. You will be held accountable."

In it, the statement reads:

Washington, D.C. – Speaker Nancy Pelosi released this statement when the White House asserted that the Administration will not comply with House Committee subpoenas as part of the impeachment inquiry, making false claims about the Constitution, House rules and House precedent:

“For a while, the President has tried to normalize lawlessness.  Now, he is trying to make lawlessness a virtue.  The American people have already heard the President’s own words – ‘do us a favor, though.’  The President’s actions threaten our national security, violate our Constitution and undermine the integrity of our elections.  The White House letter is only the latest attempt to cover up his betrayal of our democracy, and to insist that the President is above the law.

“This letter is manifestly wrong, and is simply another unlawful attempt to hide the facts of the Trump Administration’s brazen efforts to pressure foreign powers to intervene in the 2020 elections.  Despite the White House’s stonewalling, we see a growing body of evidence that shows that President Trump abused his office and violated his oath to ‘protect, preserve and defend the Constitution.’

“The White House should be warned that continued efforts to hide the truth of the President’s abuse of power from the American people will be regarded as further evidence of obstruction.

“Mr. President, you are not above the law.  You will be held accountable.”

Credit: AP
President Donald Trump, joined by from left, Defense Secretary Mark Esper, and Chairman of the Joint Chiefs of Staff Gen. Mark Milley, speaks to media during a briefing with senior military leaders in the Cabinet Room at the White House in Washington, Monday, Oct. 7, 2019. (AP Photo/Carolyn Kaster)

The letter that Trump's attorneys sent to House leadership earlier on Tuesday came the same day that Trump intensified his fight with Congress by blocking Gordon Sondland, the U.S. European Union ambassador, from testifying behind closed doors about the president's dealings with Ukraine.

Sondland's attorney, Robert Luskin, said his client was "profoundly disappointed" that he wouldn't be able to testify. And Schiff said Sondland's no-show was "yet additional strong evidence" of obstruction of Congress by Trump and Secretary of State Mike Pompeo that will only strengthen a possible impeachment case.

A whistleblower's complaint and text messages released by another envoy portray Sondland as a potentially important witness in allegations that the Republican president sought to dig up dirt on a Democratic rival in Ukraine and other countries in the name of foreign policy.

The White House has embarked on a newly clear strategy to counter the impeachment threat to Trump: Stall. Obfuscate. Attack. Repeat.

Trump aides have been honing their approach after two weeks of what allies have described as a listless and unfocused response to the impeachment probe.