Divided UN fails to agree on Turkey's offensive in Syria

Europeans demand a halt to military action, while Syrian ally Russia calls for 'restraint' and 'direct dialogue.' The U.S. asked Turkey to use diplomatic channels. 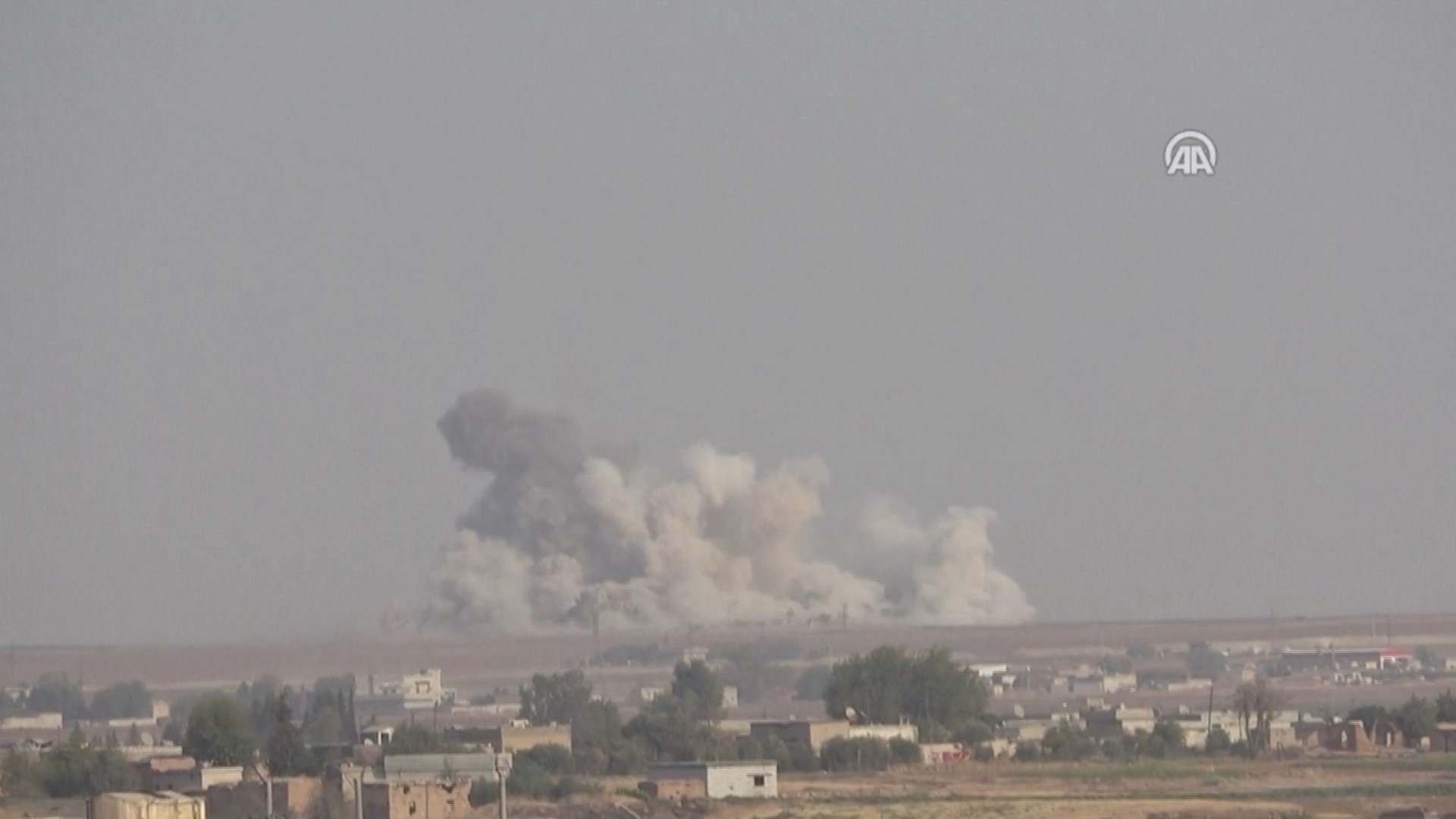 UNITED NATIONS (AP) — The divided U.N. Security Council failed to agree on Turkey's offensive in northeast Syria on Thursday, with Europeans demanding a halt to military action and Syrian ally Russia calling for "restraint" and "direct dialogue" between the two countries.

The five European council members who called the closed meeting would have liked its 15 members to agree on a statement on the Turkish offensive, launched after President Donald Trump suddenly withdrew U.S. forces from the volatile northeast.

The United States proposed a statement that expressed "deep concern," called for protection of civilians, and asked Turkey to go through diplomatic channels rather than take military action, council diplomats said, speaking on condition of anonymity because consultations were private.

But Russia's U.N. Ambassador Vassily Nebenzia told reporters afterward that any Security Council statement needs to take into account other aspects of the Syrian crisis, not just the Turkish operation, and should demand the immediate termination of "the illegal military presence" in the country.

Credit: AP
In this photo taken from the Turkish side of the border between Turkey and Syria, in Akcakale, Sanliurfa province, southeastern Turkey, members of the Kurdish People's Protection Units, or YPG, hold a position on a building in the Syrian town of Tel Abyad, Tuesday, Oct. 8, 2019. The Turkey - Syria border has became a hot spot as Turkish Vice President Fuat Oktay said Turkey was intent on combatting the threat of Syrian Kurdish fighters across its border in Syria. (AP Photo/Lefteris Pitarakis)

So the Europeans issued their own statement after the meeting, urging Turkey "to cease the unilateral military action." They said the offensive threatens progress against the extremist Islamic State group by a global coalition, undermines stability of the region and exacerbates "civilian suffering."

U.S. Ambassador Kelly Craft U.S. said Trump "has made abundantly clear" that the United States "has not in any way" endorsed Turkey's decision to mount a military incursion in northeast Syria.

She told reporters the president has emphasized to Turkey's government that it bears "full responsibility" for protecting Kurds and religious minorities, and for ensuring that IS fighters remain in prison and the extremist group doesn't reconstitute itself.

Craft stressed that Turkey's "failure to do so will have consequences." She didn't elaborate.

The council meeting again displayed the inability of the U.N.'s most powerful body to deal with the more than eight-year Syrian conflict, which has claimed over 400,000 lives.

The statement by the European council members — United Kingdom, France, Germany, Belgium and Poland — who were joined by Estonia which will join the council in January, was very similar to the European Union's statement issued Wednesday.

The council statement also urged protection of civilians and said "it is unlikely that a so-called 'safe zone' in northeast Syria, as envisioned by Turkey, would satisfy international criteria for refugee return." And it stressed that "any attempt at demographic change would be unacceptable."

Russia's Nebenzia called the Turkish operation "the result of demographic engineering some of the coalition partners did in the northeast of Syria."

"We warned them, (for a) long time, not to experiment with that, and not to try to count Arab tribes that lived initially in that area to be Kurdish," he said. "And now in fact the Kurdish (are) reaping the fruit of their demographic policies in that part of Syria."

RELATED: Trump deflects as UN chief warns of dues cash crisis, with US debt to the organization on the list