Now that President Joe Biden is in office, when could Americans see a third coronavirus stimulus check from Biden's plan? Here's a possible timeline. 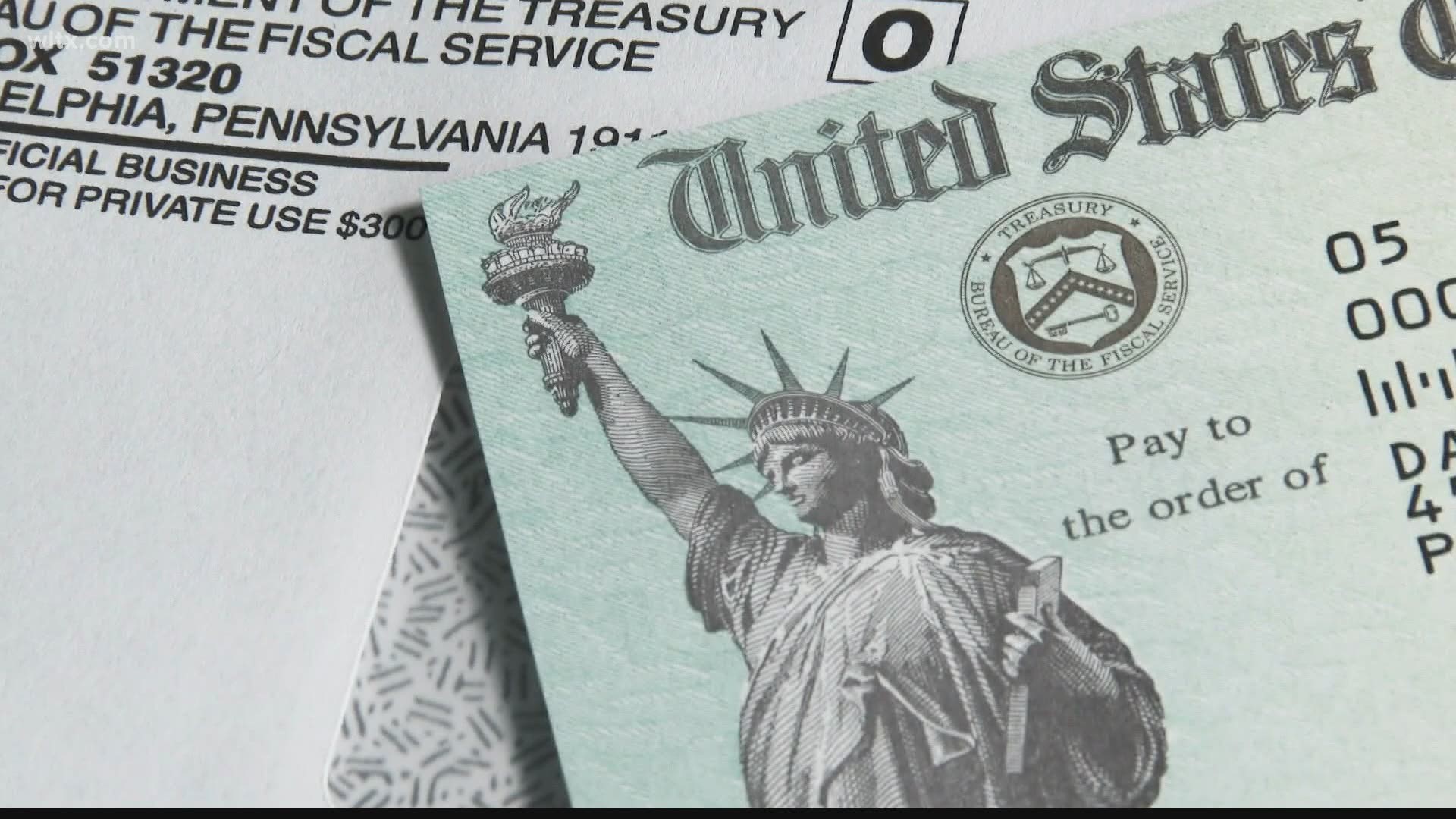 The “American Rescue Plan” would deliver another round of aid to stabilize the economy while the public health effort seeks the upper hand on the pandemic. It would also meet Biden's goal of administering 100 million vaccines by the 100th day of his administration, while advancing his objective of reopening most schools by the spring.

RELATED: $600 stimulus: What to do if payment isn't received or is less than expected

So, now that Biden has been sworn in and the U.S. House and Senate are controlled by Democrats, when might Americans start getting a third Economic Impact Payment?

When will the 3rd stimulus checks be released?

Americans will need to wait until Biden's $1.9 trillion stimulus plan, or something like it, is introduced in Congress and passed. However, it's unclear how long that will take.

The U.S. Senate is currently split 50-50, but Democrats control the chamber because Vice President Kamala Harris serves as the tie-breaking votes.

The legislation would require 60 votes to pass in the U.S. Senate, so Biden would need support from at least 10 Republicans and every Democrat for it to pass. However, Democrats could use a budgetary tool - known as reconciliation - that would allow the Senate to pass a possible bill with just 51 votes.

House Speaker Nancy Pelosi told reporters on Thursday morning that Democrats will be "completely ready" to go to the floor to pass a coronavirus package during the first week in February.

CBS News reported the package might not be passed until mid-February to mid-March, and that doesn't include processing the checks and sending them out.

During the first round of stimulus checks in April 2020, it took about two weeks for the federal government to start distributing the money. It took around one week for the second round of checks, worth $600, in early January.

So, in short, a third check isn't coming for probably at least another month.

Biden's plan called for $1,400 checks for most Americans, which on top of the $600 provided in the most recent COVID-19 bill would bring the total to the $2,000 that Biden has called for.

What else is included in Biden's $1.9 trillion package?

Under Biden's multipronged strategy, about $400 billion would go directly to combating the pandemic, while the rest is focused on economic relief and aid to states and localities.

About $20 billion would be allocated for a more disciplined focus on vaccination, on top of some $8 billion already approved by Congress. Biden has called for setting up mass vaccination centers and sending mobile units to hard-to-reach areas.

Click here to see the full breakdown of where funds will be allotted.

Who is eligible for the second stimulus check?

Because the second stimulus check passed by Congress is half the size of the first check, not everyone who got a payment in the Spring will get money this time around.

If you reported making more than $75,000, you would receive partial payments dropping by $5 for every $100 above the income limits.

So an individual who earned $86,900, for example, would get $5 under Congress' approved plan. During the first round of direct money, the money phased out at $99,000 for a single filer.

Why haven't I received my stimulus?

There are a number of reasons why you may not have received your $600 stimulus check. For one, you may make too much money to qualify now that it's a smaller amount than the first round of checks.

If you were expecting a check but still didn't receive it, the IRS did run into some initial problems. Many people who filed their taxes with an online preparation service initially found that their payment did not make it to them directly. That is because money may have been sent to a temporary bank account established by the tax preparer, which is no long active. By law, the financial institution must return payments sent to closed or inactive accounts.

Since then, a number of tax preparation companies said that they were able to resolve the issues.

While the IRS continues to deliver the payments, eligible taxpayers who don’t receive a payment, or received less than they should have, can claim it using the Recovery Rebate Credit when they file their 2020 tax return.