Cleanup continues inside Capitol after riots lead to damage and vandalism

A day after domestic terrorists rushed onto the grounds of the US Capitol, crews fixed broken windows and cleaned floors littered with debris on Thursday.

WASHINGTON — A day after a crowd of domestic terrorists stormed the United States Capitol and caused mayhem inside the facility, clean-up efforts continued Thursday to fix broken windows, repair damage, and clear floors of glass and other debris.

Video shot by CBS News showed floors covered in residue from fire extinguishers while some windows were boarded up after they were smashed by groups of rioters on Wednesday.

Outside, crews put up additional fencing along the same spots where massive numbers of supporters for President Donald Trump stood just a day before.

Sen. Chris Van Hollen (D-Maryland) was a part of the Congressional proceedings to formally count electoral votes before the riots stopped the hearings for hours.

On Thursday, he described the moment he learned about the lockdown on the U.S. Capitol grounds as he headed to the Senate chamber from his office.

"I was stopped by the Capitol police, who said we had gone on lockdown and nobody should proceed further," Van Hollen, who was then told to shelter in place, said. "My reaction was, 'My God, how can this be happening here in our Capitol?'"

While no picture was posted of the damage, Hoyer said the incident showed the importance of carrying on the legacy of Lewis.

RELATED: 'I love this building' | Congressman helps ATF agents clean up debris at US Capitol

While rioters shamefully destroyed this tribute to my brother John Lewis yesterday, let his words continue to echo in the halls of Congress and in our hearts. Let us always stand up, speak up, and speak out against injustice and for our democracy. pic.twitter.com/IwLfLQc6f0

"While rioters shamefully destroyed this tribute to my brother John Lewis yesterday, let his words continue to echo in the halls of Congress and in our hearts," Hoyer wrote. "Let us always stand up, speak up, and speak out against injustice and for our democracy."

Following the hostile takeover of the Capitol, Sen. Van Hollen wondered on Thursday how access to the landmark's grounds would be impacted in the future while also saying the security lapses brought big concerns needing to be addressed.

"There will be of course questions about limiting public access in the future and that really would be a tragedy for our democracy," he said. "We should not have had a situation where a mob could not only get through the outside doors but actually get onto the floor of the House and Senate.”

Sen. Van Hollen was far from alone in his criticism of law enforcement for the handling of the situation.

Shadow Senator Paul Strauss (D-Washington, D.C.) said he was shocked at how easily the rioters were able to infiltrate such a significant place for the American government.

"Security is almost everywhere you go from the perimeter to how you get in. This was an epic fail," he said. I cannot understand how they weren't able to do their job and secure that facility. The failure was at the federal level starting with an insane president that incited violence in the first place and a federal police force that failed to do its job.” 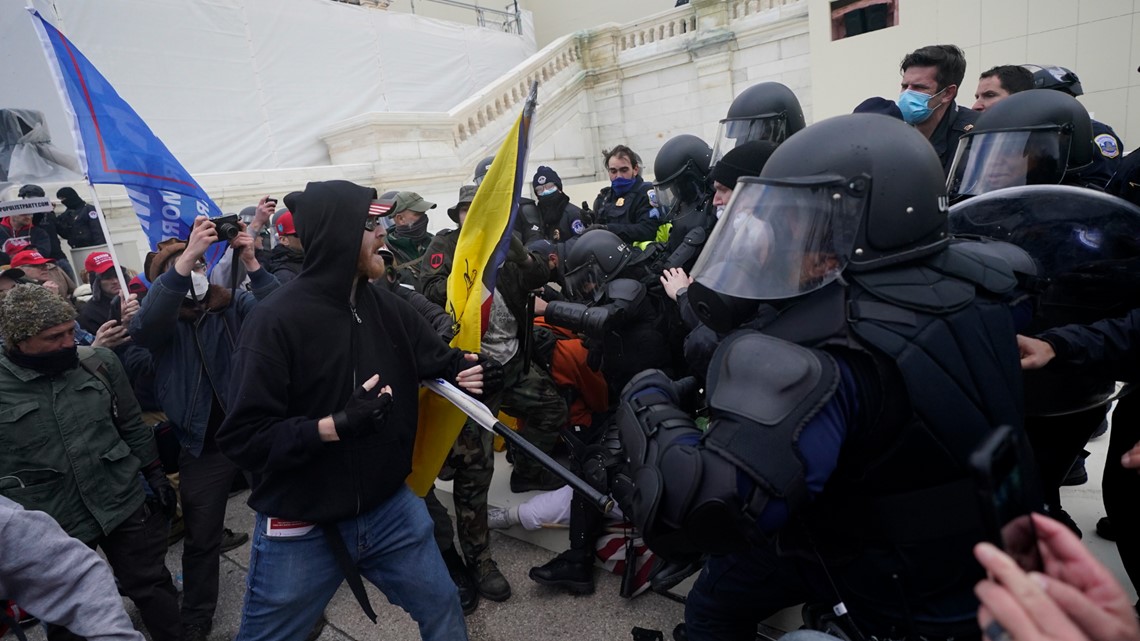 Strauss was forced to watch the congressional hearings away from the Capitol as a result of D.C. not being able to participate in the counting of the electoral votes.

For the shadow senator, the hearings were another sign of the importance of making D.C. a state.

"Even though D.C.'s three electoral votes are counted with the rest of the country, I couldn’t be there if somebody tried to challenge them," Strauss said. "I can’t participate equally and yet it’s our community that was most disrupted by this violence. The people of D.C. who were there were our men and women of the Metropolitan Police Department that were putting their lives on the line to do what the Capitol police failed to do.”

Moving forward, Sen. Van Hollen hoped the violence would stop and Americans could come together to respect the results of the presidential election.

"This has to be a wake-up call to all Americans that we have to unite to respect our Constitution," he said. "At the end of the day, we don’t pledge to an individual in this country or a party. We pledge allegiance to the United States of America.”