Convoy of thousands drives through San Antonio for #IAmVanessaGuillen

The procession was organized to honor Vanessa Guillen, bring awareness to her case, and show support for her family. 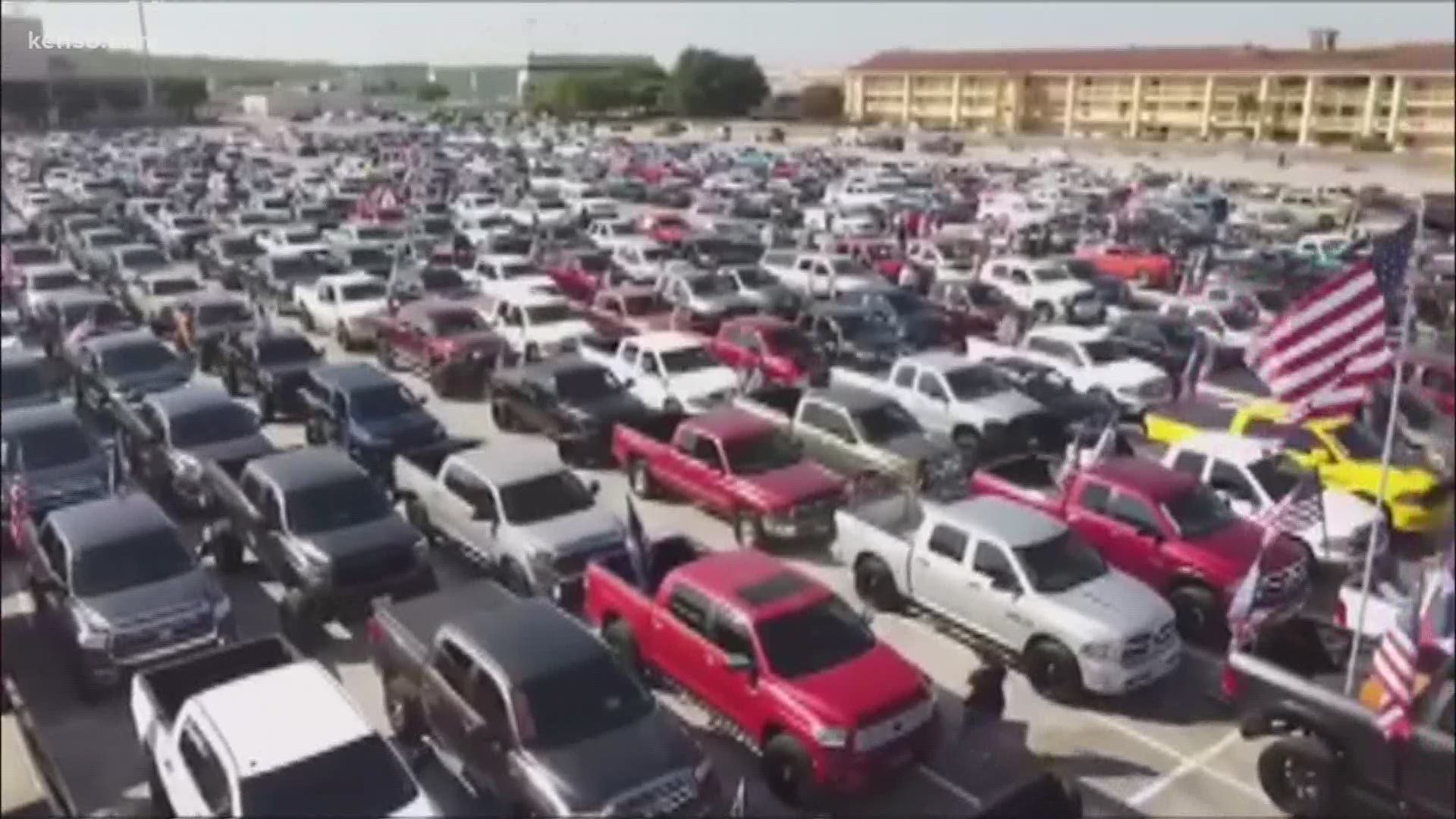 Nearly two thousand people came out today to drive in a procession through San Antonio in honor of murdered U.S. Army Specialist Vanessa Guillen and in support of her family, who is still seeking justice.

“These vehicles are flashy and attractive; they get people’s attention,” said event organizer Nina Ramos. “You know, the more you get together the more attention they draw.”

That attention is a valuable thing to co-organizer Melissa Gonzalez

“I think it’s just important to honor her service and let people know that we are here for them,” said Gonzalez.

Gonzalez started organizing the convoy with her jeep club in honor of Guillen, who went missing from Fort Hood in April. Her remains were identified this week, after being found near the Leon River.

Hundreds came out to drive in the convoy honoring Guillen, who’s story has become a symbol, for many, of the problem of sexual harassment in the military. That’s why Ramos volunteered to help Gonzalez organize the event.

“I have a 13-year-old daughter. And I would never want to see myself in the situation that Vanessa Guillen’s mother is in,” Ramos said. “I need to see change happen. I think all of the mothers, all of the fathers, family members, friends, they want to see change before we trust our children to the military.”

On Friday, Army Secretary Ryan McCarthy said he will launch an investigation into how Guillen’s case was handled.

For Gonzalez, it’s heartwarming seeing the people of San Antonio come out in support of Guillen and her family.

“I mean I think it’s really amazing to see that the San Antonio community is wanting to be part of this and wanting to pay their respects to her and her family,” she said.

The convoy was just one of the events honoring Guillen today. For a breakdown of the other events, visit here.