Patterson dropped out of high school in the 12th grade to join the army. 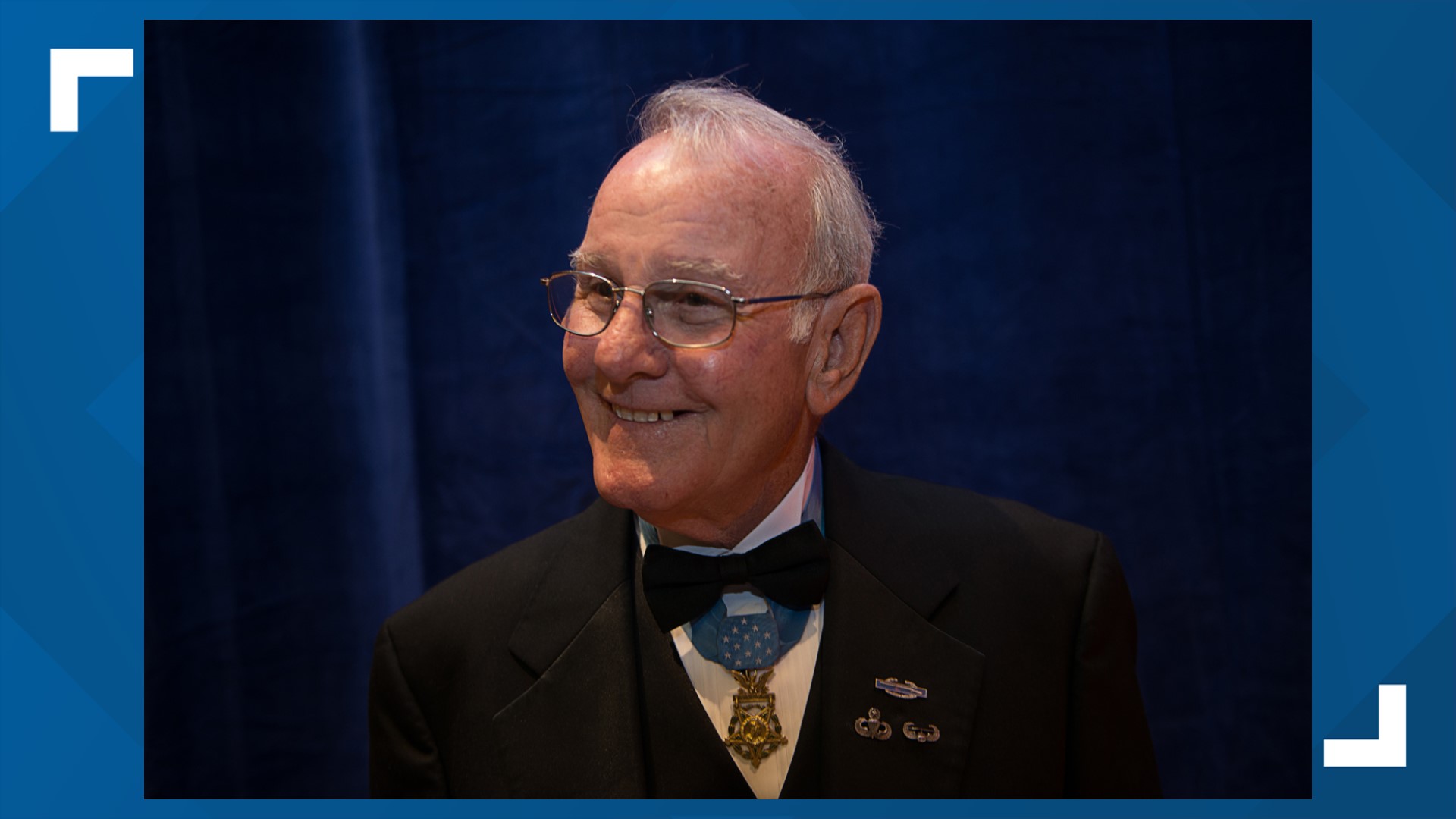 KILLEEN, Texas — March 25 is National Medal of Honor Day. This day recognizes more than 3,000 Medal of Honor recipients for acts of valor that went beyond the call of duty.

Robert Patterson dropped out of high school in the 12th grade to join the army. It is a decision he said he does not regret.

In May of 1968, Patterson was serving as a specialist four in troop b, 2nd squadron, 17th cavalry regiment. During a firefight on that day in South Vietnam, Patterson destroyed a series of enemy bunkers.

"We went up to about noon before we made initial contact,” Patterson said. “And that is when I went blank."

Although he cannot remember the details of what happened, what he does remember is waking up the next day and being applauded for his bravery. In 1969 he received the Medal of Honor by President Richard Nixon.

“I’m amazed first that I did something like that. The aftereffects of all the people I met, I would have never thought in my whole life I would have that happen to me," Patterson said.

Although we may look at Patterson as one of our nation's heroes, he said he is just an easy-going guy from a tobacco farm in North Carolina.

"Had I not joined the army I’d probably still be on that tobacco farm," he said.

Patterson spent 26 years in the Army. He said he now lives his days in Florida and spends his time playing golf and attending NASCAR races.