Outside Cafe Azteca, people drop off flowers, signs and drawings of the young soldier. They're demanding justice for Guillen and her family. 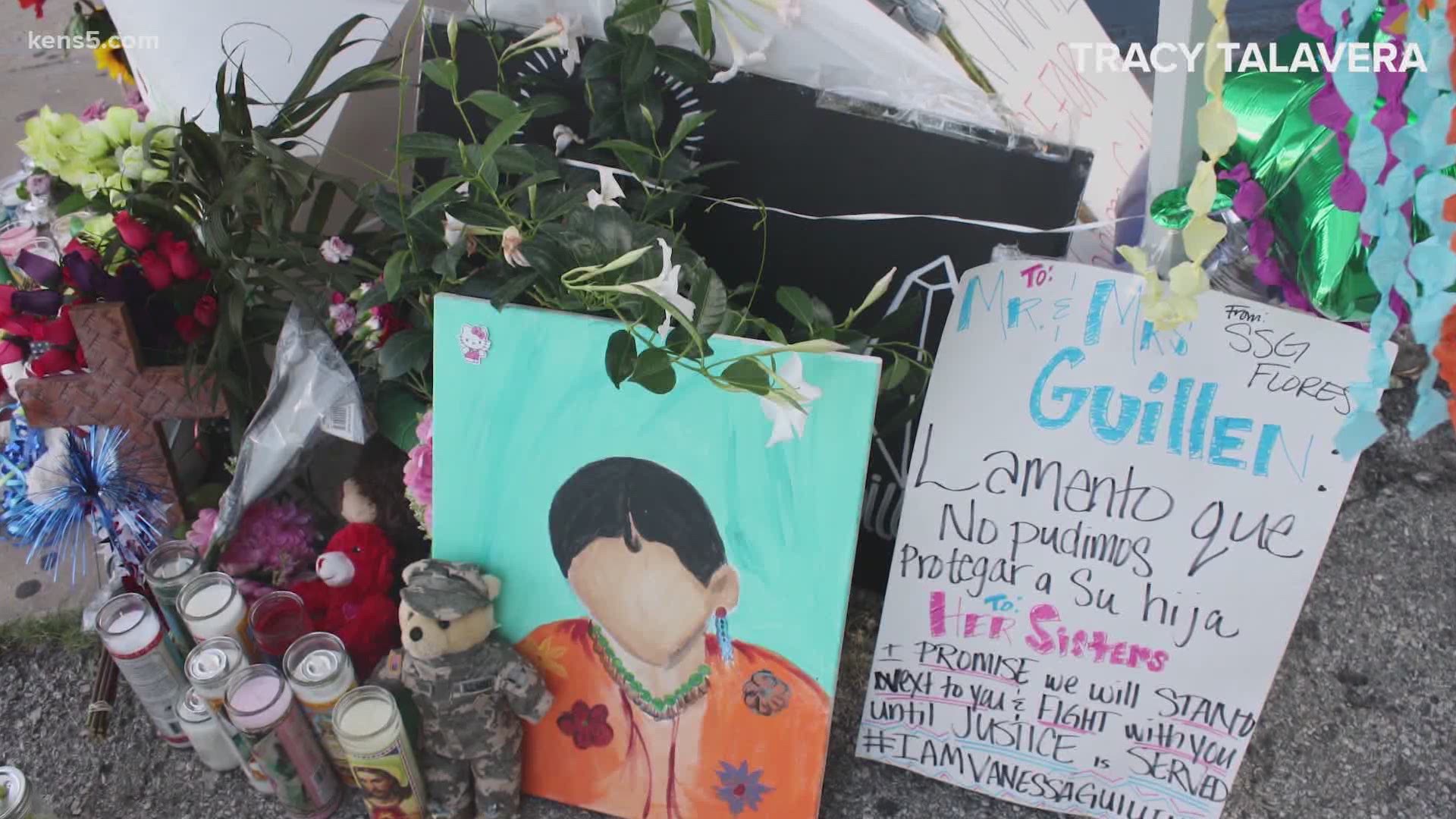 SAN ANTONIO — A shrine on the south side grows for Army Spc. Vanessa Guillen.

Outside Cafe Azteca, people drop off flowers, signs and drawings of the young soldier. They're demanding justice for Guillen and her family.

Tracy Talavera and Stephanie Melchor are behind this. The two met during their time in the San Antonio Hispanic Chamber of Commerce Latina Leadership Institute. They want people in our city to remember Guillen.

"Tracy and I care about all sorts of injustices across many different communities, but Vanessa Guillen really hit home for us as Latina women," Melchor said. "I think it was on Thursday, we shared some tears and frustration and said, 'what can we do?'"

They gave their community a chance to pay their respects and mourn. On Saturday, they invited people out to the coffee shop to drop off tokens of affection or to send up a prayer for Guillen.

"We also wanted to bring attention to her case," Talavera said. "Throughout the day, we could hear people honking and noticing that something was happening there. People would pass by and tell us 'my wife was crying about this, I'm going to bring her here'."

On Sunday, Mayor Ron Nirenberg stopped by the shrine to drop off white roses.

In a tweet, he said: "Vanessa Guillen deserved so much more. Say her name, pray that her family receives peace and justice, and let's commit to eradicating violence against women in every form."

Guillen went missing from Fort Hood in April after her family said she was sexually harassed. Her search has come to a tragic end. Court documents said Guillen was bludgeoned to death at Fort Hood before her remains were burned off base.

"I lack the words to make sense of this tragic loss. Vanessa was part of our Army family," said Maj. Gen. Scott Efflandt. "When a person of Vanessa's caliber and character is ripped away, I don't think there's any closure to something like that. But I know there is a tomorrow and that's an opportunity to do what's right for what Vanessa stood for."

He went on to say that they will help prosecute those involved in her murder. They will also complete their on-going sexual harassment investigation.

"The Army will not stop its efforts to eradicate sexual harassment and sexual assault until it no longer exists in our formations,"  Maj. Gen. Efflandt said.

While we wait to see that change, Melchor and Talavera will continue to say Guillen's name. They hope she is the soldier who shapes the future.

"There are Latinas all over this country who are taking leadership, who are public servants, who are doing all this work and they deserve the same protections as everyone else," Talavera said.

"As heartbreaking as it is, we're not going to stop bringing light to this case," Melchor said.