Gregory, 71, replaces Cardinal Donald Wuerl, who resigned last year after being implicated in covering up abuse by a Pennsylvania grand jury report. 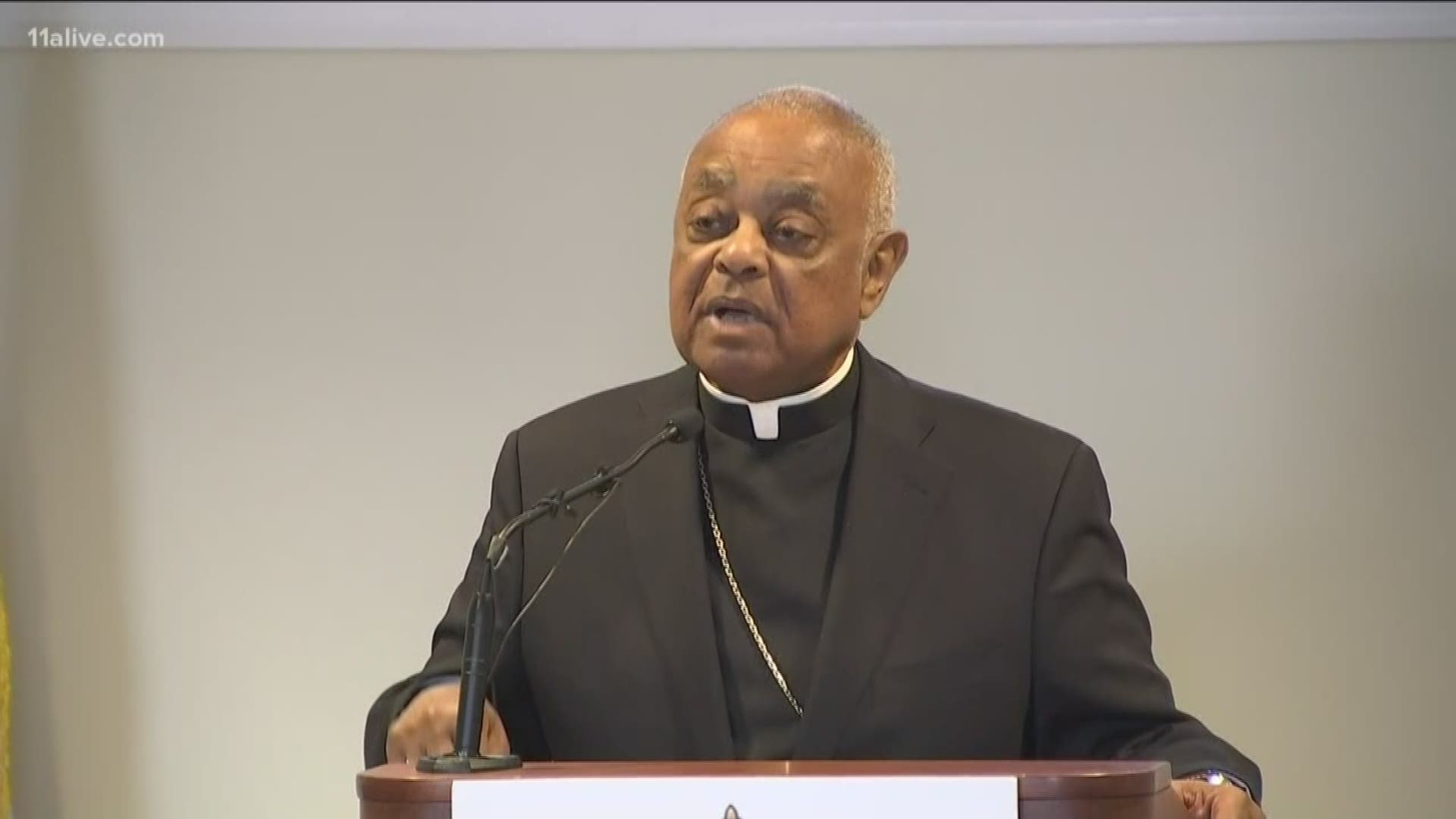 VATICAN CITY (AP) — Pope Francis on Thursday named Atlanta Archbishop Wilton Gregory as the new archbishop of Washington D.C., choosing a moderate, and the first African-American, to lead the archdiocese that has become the epicenter of the clergy sex abuse crisis in the U.S.

Gregory, 71, replaces Cardinal Donald Wuerl, who resigned last year after being implicated in covering up abuse by a Pennsylvania grand jury report.

Gregory headed the U.S. bishops conference when it adopted a "zero-tolerance" abuse policy in 2002 to respond to the first wave of the scandal. He has run the Atlanta archdiocese since 2005 and is seen as a pastor very much in line with Francis' progressive vision of the church.

The appointment was first reported by Catholic News Agency.

It is the third major move by Francis to reshape the U.S. hierarchy, which over the previous two papacies took on a conservative tilt. Francis began elevating more moderate pastors in 2014, when he named Cardinal Blase Cupich as Chicago archbishop and followed up two years later by moving Joseph Tobin to Newark, New Jersey, and making him a cardinal.

While relatively small, the Washington archdiocese has always punched above its weight in influence given its location in the nation's capital. Its archbishops traditionally are made cardinals, meaning Gregory could become the first African-American cardinal.

The archdiocese, though, has become embroiled in the abuse crisis since its previous two leaders — Wuerl and his predecessor Theodore McCarrick — have been implicated in the scandal.

Francis in February defrocked McCarrick after a Vatican-backed investigation concluded he sexually abused minors and adults over his long career. It was the first time a cardinal had been dismissed from the priesthood for abuse.

Francis reluctantly accepted Wuerl's resignation in October after he lost the trust of his priests and parishioners in the months following the release of the Pennsylvania grand jury report. The report accused Wuerl of helping to protect some child-molesting priests while he was bishop of Pittsburgh from 1988 to 2006. Simultaneously, Wuerl faced widespread skepticism over his insistence that he knew nothing about McCarrick's misconduct, which was an open secret in U.S. and Vatican circles.

Gregory, by contrast, is still credited for his leadership of the U.S. church during a moment of crisis, when as president of the U.S. bishops conference he persuaded church leaders to adopt toughened penalties for abusers in 2002.

"Gregory has impeccable credentials for dealing with the sex abuse crisis, which is essential for healing the church," the Rev. Thomas Reese, an expert on the American church, said in a column Thursday at Religion News Service.

That said, the 2002 reform that Gregory shepherded through explicitly excluded bishops from the "zero-tolerance" policy — a loophole that has become evident with the McCarrick scandal. U.S. bishops are expected to address gap at their upcoming meeting, where all eyes will likely be on Gregory.

Gregory also won praise from another American Jesuit, the Rev. James Martin, who was invited last year by Gregory to give a talk in Atlanta on how the church should better minister to the LGBT community. The initiative drew criticism from some conservatives who accused Gregory of not upholding church teaching on homosexuality.

In a statement, Martin said Gregory was a "superb choice" for Washington given his leadership on the abuse crisis and because he is "someone who knows how to reach out to marginalized populations."

Wuerl, too, praised the choice, saying Washington can welcome "with great confidence and enthusiasm" a new shepherd. "I join all who appreciate his pastoral abilities, his intellectual gifts and his leadership qualities," Wuerl said in a statement.

For his part, Gregory said he was grateful to Francis for the nomination and looked forward to "encountering and listening" to the Washington flock. He will be installed May 17 as the seventh archbishop of Washington, serving a community of around 659,000 Catholics.

Gregory has responded to the latest outbreak of the scandal by expressing his own anger, shame and disillusionment at the failures of the hierarchy. In an August statement to the faithful after McCarrick resigned as a cardinal, he acknowledged his own esteem and respect for McCarrick had been "clearly misplaced."

He conceded that, going forward, oversight of bishops by laity "may well provide the only credible assurance that real and decisive actions are being taken.

In Atlanta, Gregory was embroiled briefly in a scandal of his own in 2014 after the archdiocese used $2.2 million in donations to buy and renovate a swank new home for the archbishop. The archdiocese later sold the mansion and Gregory apologized following an outcry from parishioners who cited Francis' frugality as a model other church leaders should follow.

A native of Chicago, Gregory is a protege of the late Chicago Cardinal Joseph Bernardin, who consecrated him as a bishop in 1983. Gregory was bishop of Belleville, Illinois, from 1994 until his installation in Atlanta in 2005.