The company said in a statement posted on Instagram that the litigation is an "unfortunate side of these tragedies." 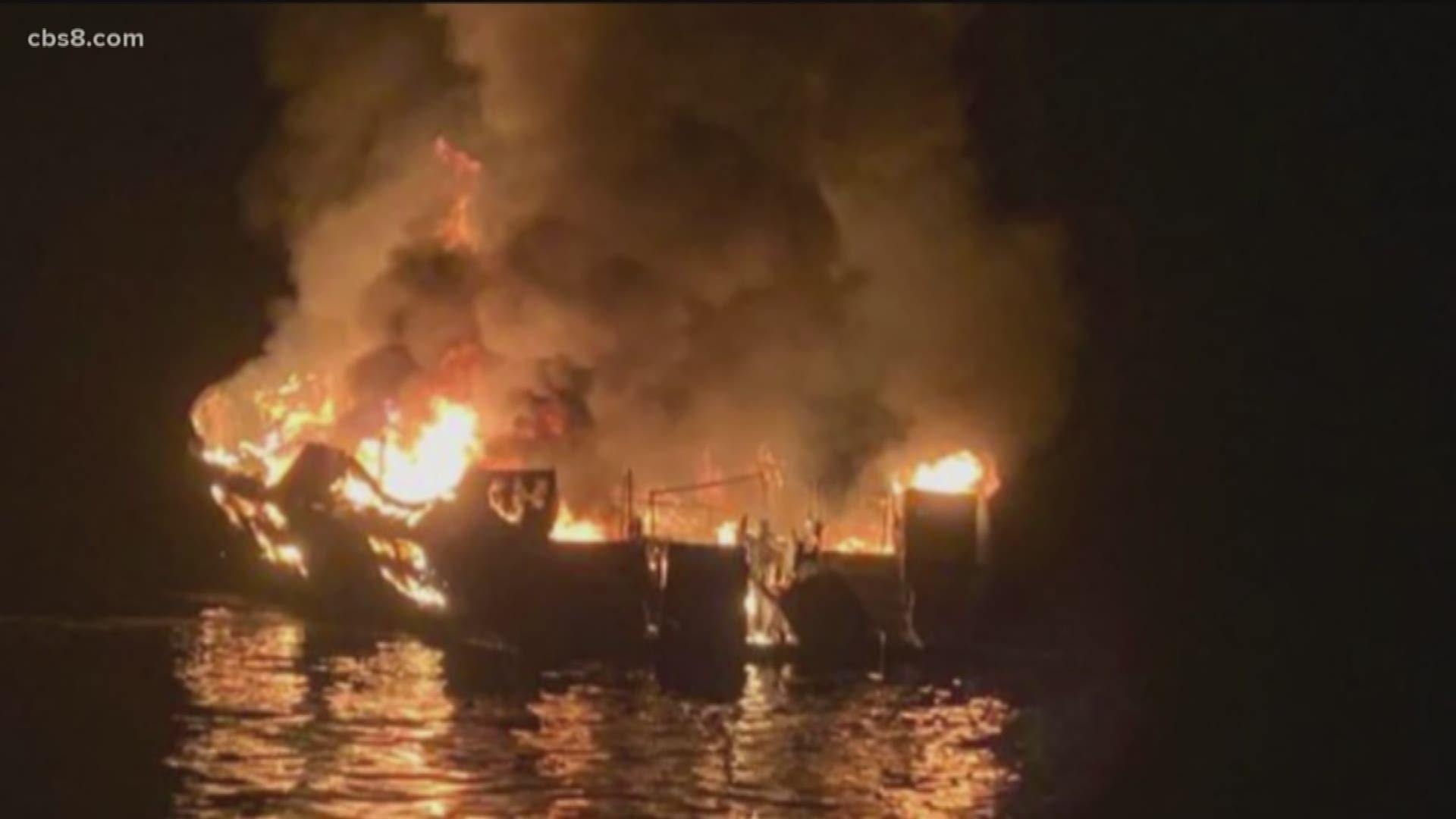 SAN DIEGO — Dozens of people trapped on a scuba diving boat that caught fire off the Southern California coast appear to have died from smoke inhalation, not burns, authorities said Friday.

On Thursday, the owner of the boat, Truth Aquatics Inc., pre-emptively filed a lawsuit under a pre-Civil War provision of maritime law that could protect it from potentially costly payouts to families of the dead, a move condemned by some observers as disrespectful and callous.

The company said in a statement posted Friday on Instagram that the litigation is an "unfortunate side of these tragedies" and pinned the action on insurance companies and other so-called stakeholders.

"This wouldn't be something that we as a family would even consider," the company said. "The timing is on them. Our hearts and minds are on the tragedy and finding answers."

Brian Watkins is a San Diego attorney who is also an avid diver.

“You go on dive trips and you think about tragedies, shark attack, and drowning. You don't think about your boat catching fire and you burning to death,” he said.

The limitation liability law essentially states that if the owner can prove they did not know about the problem beforehand, they can limit damage claims.

“The Titanic actually used that law, but you definitely have to do a very thorough investigation. You don’t have a case if an act of God, if lightning bolt comes down strikes and [there is] an explosion. No one is at fault,” said Watkins.

However, Watkins did say that everything changes if negligence was involved.

“If the product was a defective battery, blew up or some crew maintenance carelessness caused this accident, that law is not going to apply,” he said.

Glen Fritzler talked about how quickly the boat was engulfed by the fire saying the crew stayed on as long as they could, but the intense flames forced them into the water.

“Within minutes they could have been consumed. The crew is having a very difficult time. They're having to go through some inquiries. They have to break down the whole accident. They're breaking down they're seeking counseling,” said Fritzler.

Watkins said the it could very likely be the beginning of what could be a lengthy court battle.

"The important thing is we do an investigation to find out what it is that happened, and if what happened could have been prevented you make sure and litigate so a tragedy like this doesn't happen again,” he said.

While the Conception is covered by insurance, Watkins said with so many victims, any money awarded would likely exceed their limit.

As for the investigation, it could be one or maybe even two years before it is complete, and any findings are released.