Eight people, including six children, were transported to area hospitals after a fire broke out early Thursday morning at a Parker County home. 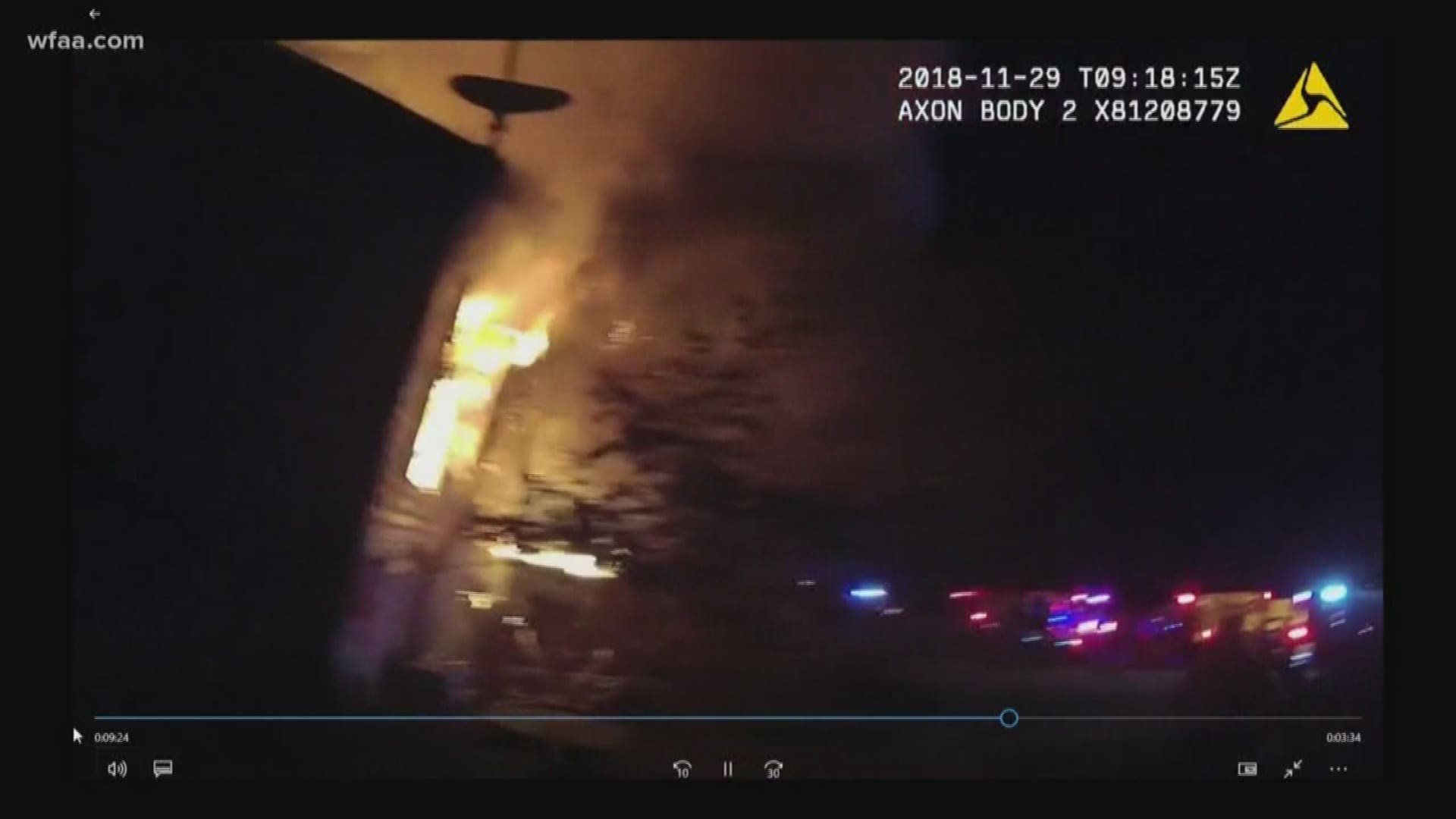 WEATHERFORD, Texas — “Pass me the kid! Pass me the kid!” cried a Parker County Sheriff’s Deputy, as someone handed him a toddler and he carried it to safety.

For more than ten minutes, deputies, local police officers, firefighters and neighbors worked together to save an entire family from their raging mobile home.

Eventually, all eight members of the Leonard family – a mother, father, and six children, all under the age of 13 – were rescued, but some suffered critical injuries.

Firefighters are still trying to determine what caused the fire. It broke out just after 3 a.m. Thursday on Kalinga Drive, which is in rural Parker County between Azle and Springtown.

Two of the children jumped out a bedroom window and ran across the street where a neighbor called 911.

Body camera video from the first Parker County Sheriff’s Deputy to arrive on the scene is compelling. He races toward the flames, taking children into his arms as neighbors and other officers hand them over.

One of those neighbors was Eric Judd.

"The fire had just started shooting through. All I knew is I had to work, and had to work fast," said Judd.

Parker County Firefighters soon arrived within minutes, suited up, and went in.

Captain Walter Moore was the first to enter the burning back bedroom.

“The guy inside the house, he looks at me and he knows me," Moore said. "I went to school with him. He goes, ‘Walter, my wife and kids are in here.’”

Moore convinced the husband to climb out.

He went in and tried to get Leonard’s wife and daughter from the room, but he needed back up.

Within seconds, a neighbor climbed in the burning room with him, helping lift the mother and daughter to safety.

“I was in my gear, breathing air, and I had a neighbor not breathing air assist me,” Moore said, “He needs to be thanked big time.”

As soon as Moore and the neighbor escaped, Moore said, “it wasn’t 60 seconds and roof collapsed, the whole room ignited. The mattress, everything in the room lit off.”

Parker County Fire Chief Steven Watson said it appears the family gathered in the bedroom – the only room that wasn’t on fire – and shut the door, which firefighters say helped save their lives.

“That bought them very precious time for neighbors and firefighters to get there and get them out,” Watson said.

The youngest Leonard child is a newborn, just six weeks old. Neighbors Chelsea and Billy Ellis said he was covered in soot as another neighbor took care of him until an ambulance arrived.

Within hours of the fire being out, the same neighbors who gathered to help banded together to raise money for the Leonard family through a GoFundMe campaign.

“Nobody wants to go through this, but especially during this season, it’s really hard,” Chelsea said. She and her husband hope to raise enough money and donations to provide a Christmas to the Leonard children.

All eight victims were taken to various hospitals across North Texas. Some of them were critically injured.