“I’m happy that Ahmaud’s name will be a part of such a big change, but at the same time I have to snap back into reality that Ahmaud is gone." 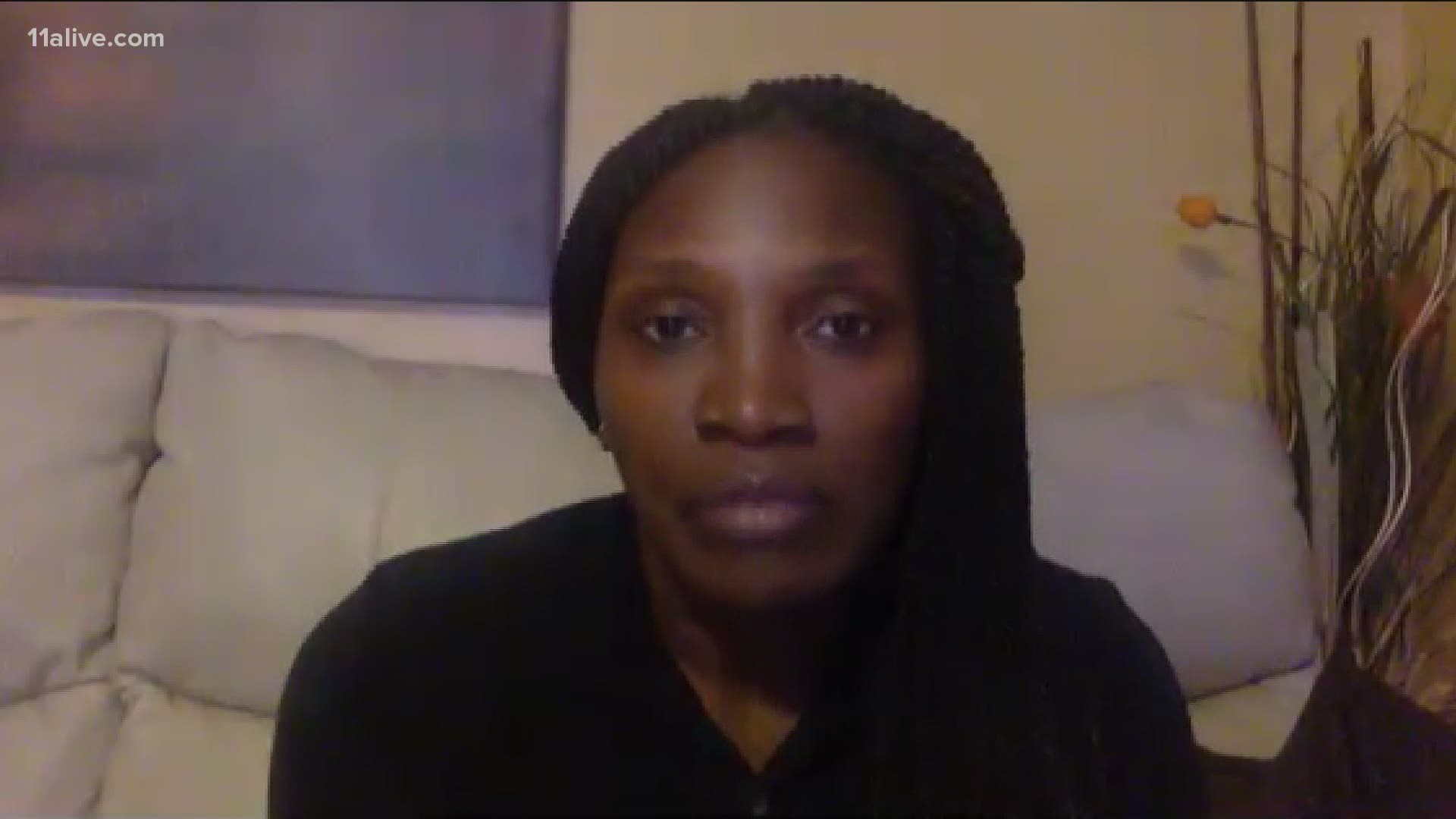 Georgia remained one of four states without a hate crimes bill, but calls for one renewed after the death of Ahmaud Arbery.

“I’m happy that Ahmaud’s name will be a part of such a big change, but at the same time I have to snap back into reality that Ahmaud is gone, but his name will live forever I think,” she said, looking exhausted but relieved.

Cooper-Jones said she hopes the bill prevents other mothers from experiencing the same pain of losing a child in a potentially racially motivated crime.

Lee Merritt, attorney for the Arbery family, points to the bills as one of several long-term takeaways created out of the current Black Lives Matter movement.

RELATED: Ahmaud Arbery's mom says suspects' hearing gave her a 'sense of closure' of last minutes of her son's life

“This new law is in place and it will be in place next week and next month and next year when this is no longer trending. And so it is a permanent takeaway and it’s a big deal,” said Merritt.

The bill went back and forth in the legislature for a week; first adding police as a protected class under the law, then removing them and placing police protections under another separate bill that passed.

The back and forth was a move Georgia NAACP President Reverend James Woodall said proves there’s more work to be done.

“To include that kind of provision when we already have laws on the books that protect them, that increase the penalties for crimes committed against people in that profession, to add to that in this moment, that tells us that Black Lives really do not matter,” Woodall said. “As we sat in the Rayshard Brooks funeral, HB838 was passed simultaneously as us witnessing the eulogy of Mr. Brooks."

The Vice President of the Anti-Defamation League, Alison Padilla-Goodman, called the statute a defining moment in Georgia history- with a clear message to all Georgians.

“We care about who you are and who you love, who you worship, what you look like and we are going to value you as an individual and we’re going to protect you,” said Padilla-Goodman, who worked to push a hate crimes bill in Georgia for years.

But everyone agrees, the bill is just the beginning, one piece of a much larger puzzle.

Merritt agreed, adding a national police reform should be next and the work should continue long after 2020 ends.

“I’m hoping the reconstruction period last a lot longer than this next year," he said.

Cooper-Jones added, “We must continue to support and make sure that we get change. We can’t just stop,”

Merritt said Arbery's name may be on the hate crimes bill. There’s no timeline for when the governor will sign it, but his office said it's expected to happen after a legal review of the bill.

Dunwoody Police on the lookout for mail thieves

People take over property where Rayshard Brooks was killed, set up roadblocks on University Ave.