Opponents of the bill told lawmakers the App Store gives users security, something they can’t be sure they’re getting elsewhere. 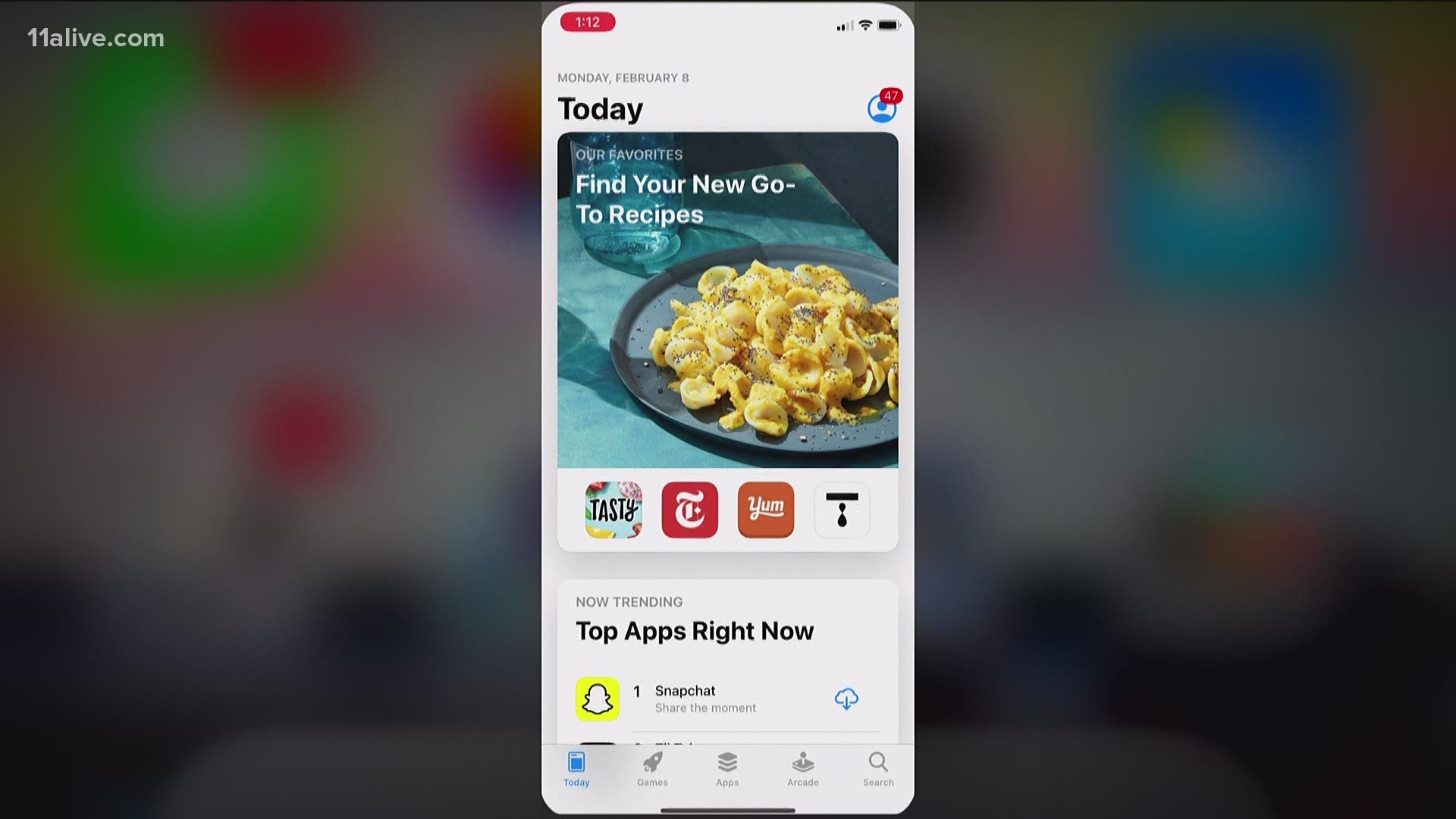 ATLANTA — A House subcommittee is expected to vote this week on a bill that would give companies some leverage against Apple, by requiring the tech giant to allow them to sell their apps independently from the company’s App Store.

If you’ve got an iPhone, and you want to download an app, you mostly have one place to go, and that’s Apple’s App Store.  If you are an app maker, and you want your app on Apple phones – you have to agree to give Apple a percentage, according to testimony in Georgia's House Judiciary subcommittee Monday.

The woman behind Tile, an app that helps you find items you’ve lost, said Apple charges her up to a  30 percent premium that she wouldn’t have to pay if she could sell the app to iPhone users from a different site. Kirsten Daro spoke to the subcommittee Monday morning.

"This is like playing a very warped game of football," Daro said. "You might have the best team in the league, but you're playing against a team that owns the field, the crowd and the league and it can change the rules in its own favor and at any time."

She’s backing House Bill 229, a bill that would require Apple to let Georgia users buy apps from sites other than Apple’s app store – saying it would encourage competition.

But opponents of the bill told lawmakers the App Store gives users security, something they can’t be sure they’re getting elsewhere.

"All applications on leading app stores are carefully vetted to eliminate security risks which successfully prevents the vast majority of malicious software from entering the environment and reaching Georgia users," said Daniel Edmondson of TechNet.

The bill is sponsored by state representative Kasey Carpenter (R-Dalton), who uses Spotify.  He told lawmakers he pays a premium when Spotify tries to compete with Apple Music on Apple devices.