US Capitol to install statue of Rev. Billy Graham

Rev. Billy Graham, a Charlotte native, was perhaps the world's most famous evangelist and known as the "Pastor to the Presidents." 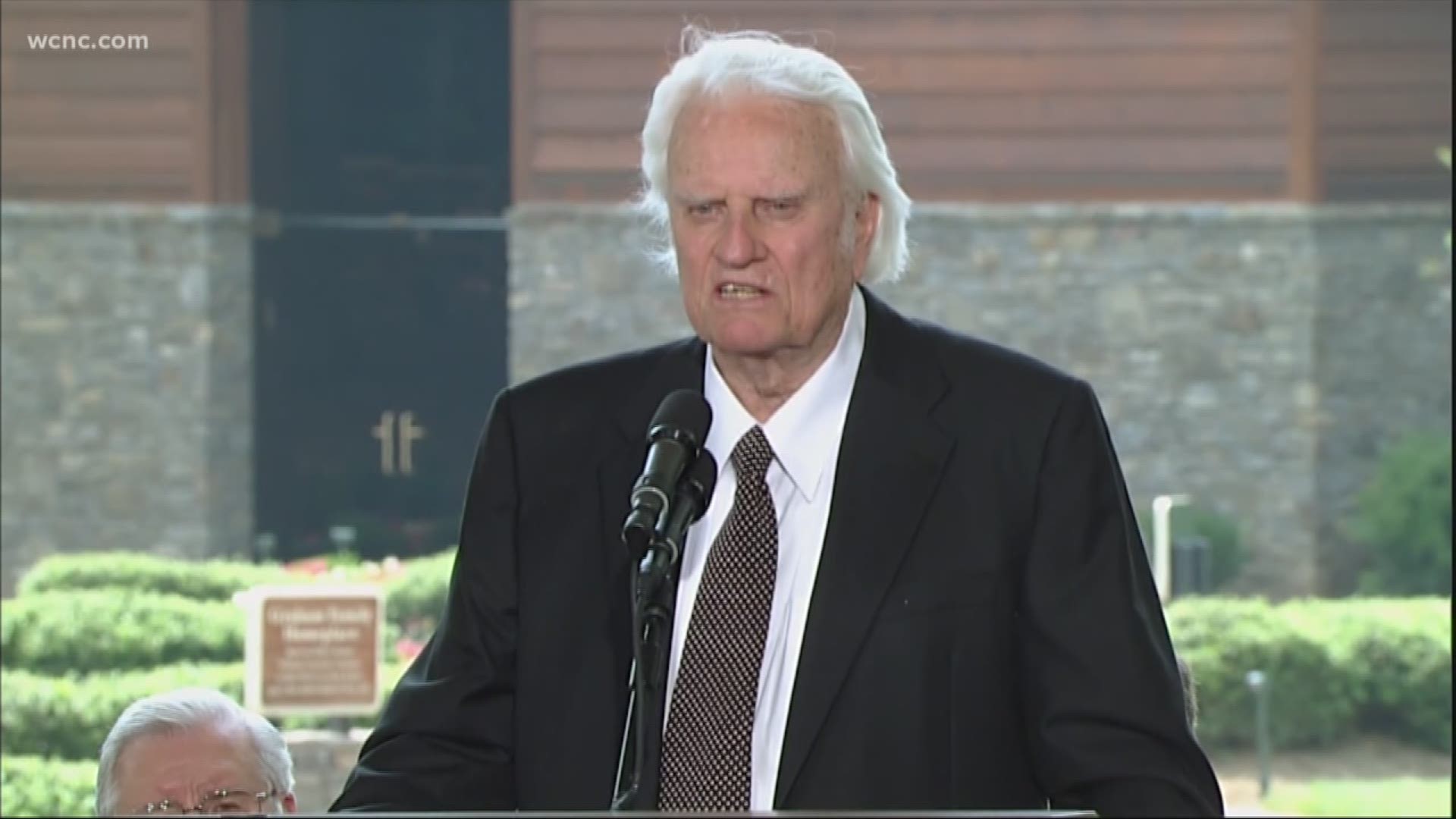 CHARLOTTE, N.C. — A North Carolina legislative committee has approved a model of a statue honoring the late Rev. Billy Graham to replace one of a former governor and white supremacist who currently represents the state in the U.S. Capitol's National Statuary Hall.

Graham, a Charlotte native who was a counselor to presidents, has been described as the most widely heard Christian evangelist in history. He died in 2018 at the age of 99.

Each state is allowed two statues to represent it in the hall, and the statue of Graham would replace that of Charles Aycock, a governor who also led white supremacist campaigns at the turn of the 20th century. Aycock's statue has represented North Carolina in the hall for nearly 90 years.

RELATED: Rev. Billy Graham didn't want his own name spoken at his funeral

A congressional committee will hold a final vote on the model.