A day in the life at the Midland migrant facility

The migrant facility operates more like a boarding school campus than a federal shelter. 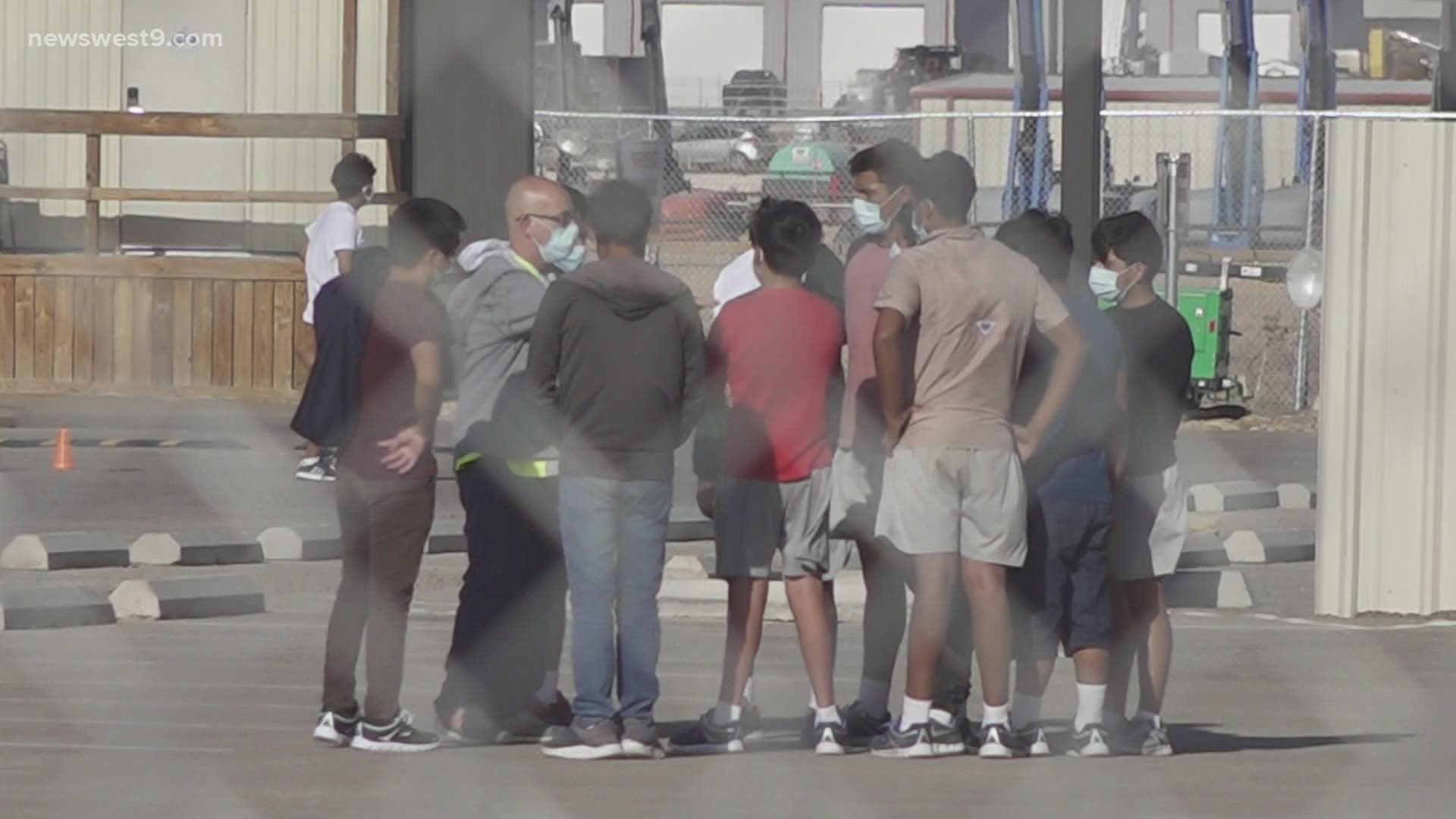 MIDLAND, Texas — For the first time, we are getting an inside look at what life is like for the migrant children at the holding facility in Midland.

Southwest Key Programs, a non-profit designed to operate migrant facilities, took over for the Red Cross on March 28.

The program is based out of Austin and operates migrant shelters all around the country, including in Arizona and California.

For the migrant teens, the day starts early.

“They have a very structured program," Lori Blong, Midland City Council District 4, said. "They wake the kids up at 7 a.m., they have breakfast at 7:30 a.m., then they have a full schedule of activities all day long until they go to bed at 9:30 p.m.”

The man camp that has been turned into a migrant facility is less like a federal shelter and more like a boarding school campus.

“I think the main reason they’re keeping them so active is because active kids stay out of trouble and they are able to manage them well," Blong said. "The kids seem like they are engaged in ESL classes, tai chi, soccer, arts and craft... there are some counselors there. And they are also making accommodations for some church services.”

According to Southwest Key, the 500 or so migrants are broken into small groups.

“They are requiring their staff to be staffed 24 hours," Blong said. "They have two shifts they are broken into. So there’s always one staff person for every 12 kids.”

While Southwest Key provides a curriculum for the migrants, the Office of Refugee Resettlement (ORR) is working to place the migrants with family members or appropriate caregivers.

Those classifications break down as follows:

Class 3: A more distant relative or sponsor they can prove is valid

Class 4: A person who has no support system or no one to go to

According to ORR they have a 90-95% percent success rate resettling the migrants.

Blong notes 10 migrants from the Midland facility have already been placed.

Another 100 have been moved to El Paso to another facility to go through a similar process there.