The former Colorado governor defeated Andrew Romanoff in Tuesday's election and will face off against Sen. Cory Gardner in November. 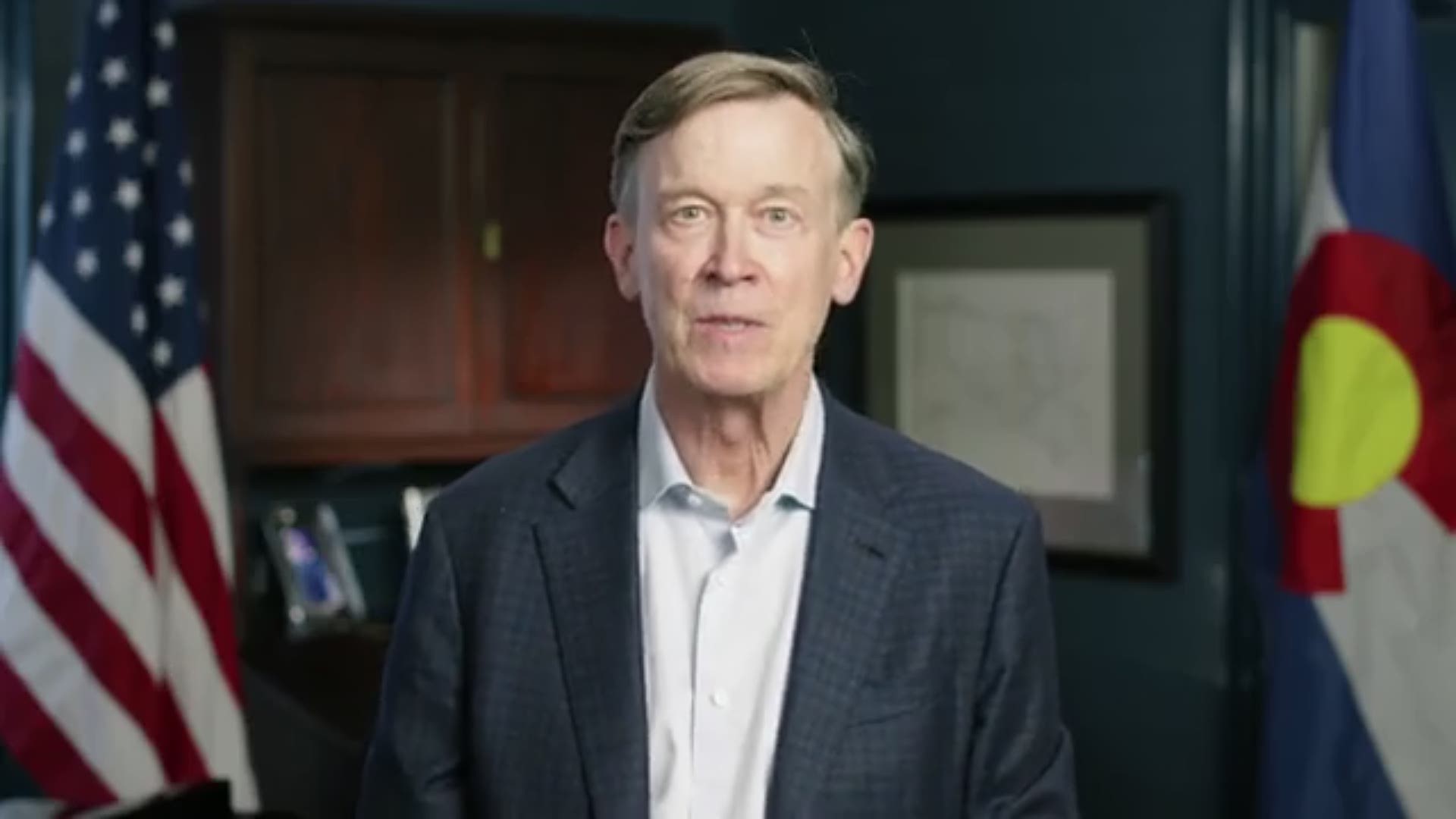 In his victory speech, Hickenlooper thanked Romanoff and his supporters. He criticized Gardner on his stances on health care and tax cuts, and the GOP senator's support for President Donald Trump.

"I’ve never lost an election in this state, and I don’t intend to lose this one," Hickenlooper said.

Before Hickenlooper spoke, Romanoff did a short live stream to thank his supporters. He said he had called Hickenlooper to congratulate him on his win.

"For all the difference that we have, I’m committed to making sure Cory Gardner is a one-term senator and John Hickenlooper replaces him in November," Romanoff said.

The face-off between Hickenlooper and Romanoff was one of the more high-profile primary Senate races in the country. Hickenlooper had been polling with a significant lead going into the election.

Respondents to a 9NEWS and ColoradoPolitics.com survey, conducted from June 19 to 24, showed that Colorado voters leaned toward Hickenlooper. Among surveyed Democrats and unaffiliated voters, 58% said they were voting for Hickenlooper, 28% for Romanoff and 14% were undecided.

Hickenlooper launched his Senate campaign last August, a few days after ending his presidential bid. Romanoff got into the race a few months earlier, in February 2019. Both candidates ran on platforms that prioritized issues including climate change, health care, the economy and gun violence.

The two-term governor and former Denver mayor presented himself more as a centrist. Romanoff, who served in the state House for eight years, including two terms as speaker, took a more progressive stance on many issues.

Now Hickenlooper will take on Gardner, who was first elected to the Senate in 2015 after two terms in the U.S. House of Representatives.

Gardner is considered one of the most vulnerable Republican incumbents up for re-election in 2020. Colorado has voted for Democrats in the last three presidential elections and currently has a Democratic governor and a Democratic majority in the state legislature.

Hickenlooper fended off the challenge from Romanoff after some recent stumbles. Earlier this month, the Colorado Independent Ethics Commission determined that Hickenlooper had violated the state’s gift ban twice as governor in 2018.

The commission fined Hickenlooper for flying on a private jet to Connecticut for the commissioning of the USS Colorado, and again when he traveled to Turin, Italy, for a conference called The Bilderberg Meetings.

Hickenlooper also apologized this month for comments he made six years ago comparing politicians to slaves on an “ancient slave ship” being whipped to row. He released a statement saying, “I recognize that my comments were painful. I did not intend them to be. I offer my deepest apologies.”

The Romanoff campaign recently put out an ad that re-edited a Hickenlooper spot from when he first ran for governor. The re-edited ad shows Hickenlooper repeatedly getting into a shower and says, “You better ask yourself: why does John Hickenlooper take so many showers?” and goes on to talk about the ethics violations and the slave comment while showing dirty water flowing through a drain.

Still, respondents to the 9NEWS survey considered Hickenlooper to be ethical: 18% said they thought he was “fundamentally ethical,” while 62% said he was an “ethical guy who made some mistakes.”

A total of 33 Senate seats are up for election this November, and two states, Arizona and Georgia, will hold special elections to fill seats vacated by the death of Sen. John McCain and the resignation of Sen. Johnny Isakson. Of those 35 seats, 12 are held by Democrats and 23 by Republicans.

The U.S. Senate currently has 53 Republicans, 45 Democrats and two independents who caucus with the Democrats.

The seat of Colorado’s other senator, Democrat Michael Bennet, won’t be up for re-election until 2022.