Many were predicting the largest swing district in Texas to go to the Democratic frontrunner, Gina Ortiz-Jones. 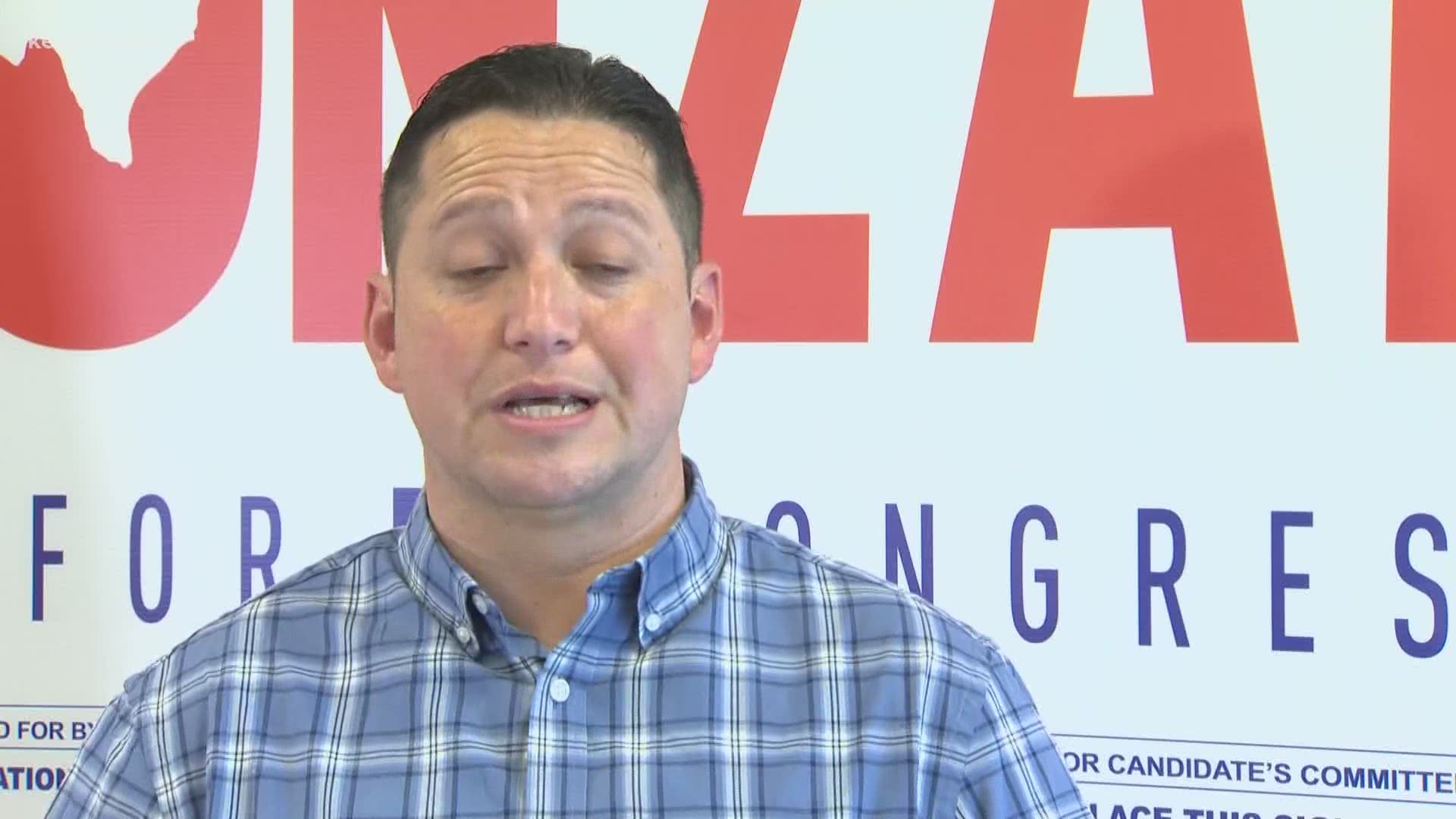 SAN ANTONIO — When Republican Congressman Will Hurd announced he wasn’t running for U.S. House again, many believed his most recent opponent, Democrat Gina Ortiz-Jones would step in and take the seat.

Instead, a little-known Republican took the seat last night in the U.S. Congressional District 23 race.

Tony Gonzales beat Ortiz-Jones in the tight race for the highly coveted seat.

A big win for Gonzales who led 21 of the 29 counties in the district, including Bexar County.

From the beginning, Gonzales said he knew it would be a tight race, but said he was ready to take on any challenger to win the largest swing district in Texas.

“District 23 is as tough as it gets,” said Gonzales.  “We have the toughest race in Texas, and arguably one of the toughest in America.”

U.S. Congressional District 23 spans from San Antonio to El Paso, including 29 mostly rural counties and over 800 miles of the U.S. Mexico Border.

The Navy Veteran and father of six, took on Democratic frontrunner Ortiz-Jones who narrowly lost to Will Hurd in 2018 with less than 1,000 votes.

With no political experience, Gonzales had already beat out nine primary candidates, including a fierce run-off with Raul Reyes.

“We had a contested runoff.  We had a recount. I won election night by seven votes in the primary,” said Gonzales. “What has always got me through life is being resilient, no matter what the obstacle, just keep plugging away.”

Resiliency, a trait Gonzales attributes to difficult times growing up.

“Part of my story is very humble beginnings, abandoned by my father at two months old.  I spent time in a battered women’s shelter.  My grandparents raised me.  I’ve lived on my own since I was 15-years-old,” said Gonzales. “That’s never going to go away.  Those scars are who I am today.”

Gonzales said winning this race was about connecting with the people of District 23, something his opponent criticized him for during the race happening during the COVID19 pandemic.

“This district is over 70 percent Hispanic, and the messenger matters,” said Gonzales.  “Will Hurd did a fantastic job, but I’m Mexican-American.  I have six children.  I’m Catholic. I’m a 20-year combat veteran.  I resonate with this district.”

Gonzales hit the campaign trail ready for a battle.

Ortiz-Jones threw punches at Gonzales, accusing him of wanting to repeal the Affordable Care Act and  eliminate protection for pre-existing conditions.

“My voice is always so raspy, and it’s not because I’m a nighttime singer.  It’s because I deal with a pre-existing condition,” said Gonzales.  “So, of course I will always protect that.”

Gonzales wasn’t phased either that Ortiz-Jones, an Air Force Veteran, had outraised and outspent him during the race.

“You know people have told me my whole life, ‘you can’t do this, you can’t do that,’” said Gonzales.  “And my response has always been the same: Watch me.”