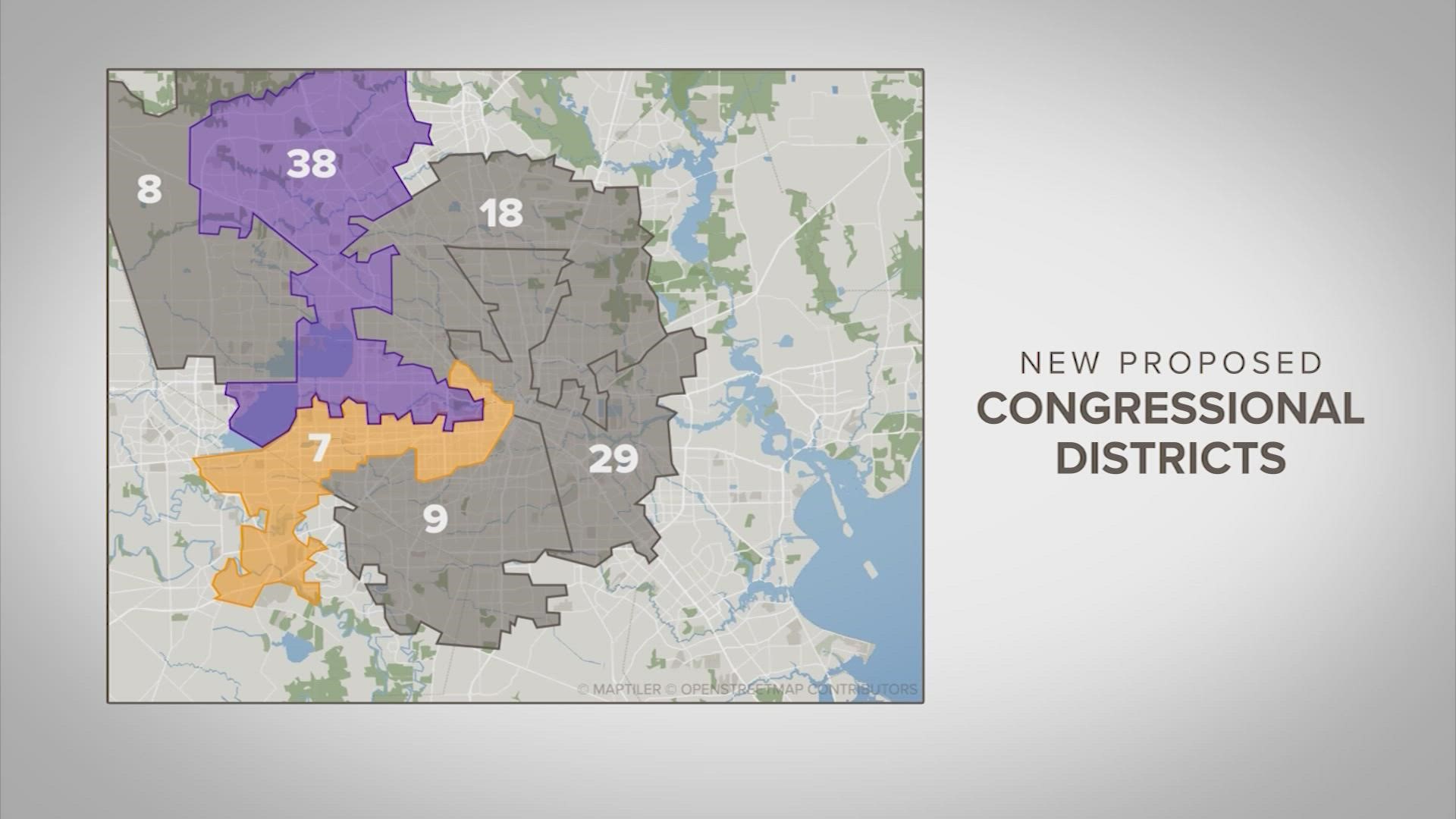 AUSTIN, Texas — Before they’ve even been signed into law, Texas’ new maps for Congress and the statehouse are being challenged in court for allegedly discriminating against Latino voters.

The federal lawsuit filed Monday in El Paso is the first of what is expected to be a flurry of litigation, the Texas Tribune reports. It was filed by organizations that represent Latinos who claim the districts drawn by the Legislature unconstitutionally dilute Latino voting strength and violate the federal Voting Rights Act.

The plaintiffs include LULAC, La Unión del Pueblo Entero and the Texas Association of Latino Administrators and Superintendents. They are represented by the Mexican American Legal Defense and Educational Fund, which successfully challenged the state’s mapmaking from a decade ago.

“Despite having only recently been found liable by a federal court for intentional racial discrimination in redistricting, Texas has once again adopted plans that dilute Latino voting strength,” Nina Perales, the vice president of litigation for MALDEF, said in a statement. “The new redistricting plans are an unlawful attempt to thwart the changing Texas electorate and should be struck down.”

The legal challenge comes as the Legislature rounds out its redistricting work to incorporate a decade of population gains into new maps for Congress, the Texas House and Senate and the State Board of Education. Of the 4 million new residents the state gained since 2010, 95% were people of color; half were Hispanic.

Yet the maps advanced by the Republican-controlled Legislature deny Hispanics greater electoral influence — and pull back on their ability to control elections. The House map drops the number of districts in which Hispanics make up the majority of eligible voters from 33 to 30. The congressional map reduces the number of districts with a Hispanic voting majority from eight to seven.

Decade after decade, including after the 2011 redistricting cycle, the state has faced allegations — and subsequent federal court rulings — that lawmakers discriminated against voters of color, intentionally working to undermine the power of their votes.

In the lawsuit, the plaintiffs take aim at the Legislature's failure to create additional districts in each map in which Hispanics make up the majority of the electorate based on citizens who are of voting age population, even though those voters were close enough geographically to anchor those districts.

Republicans, who completely control the redistricting process, declined to create those districts even as they reconfigured the congressional map to include the two additional U.S. House seats the state gained, the most of any state in this year’s reapportionment, because of its explosive growth. Under the map the Legislature is expected to sign off on Monday evening, Republicans gave white voters effective control of both new districts.

The plaintiffs are also challenging new district boundaries that weaken Latino voting strength by packing voters based on race into districts to diminish their ability to have a broader influence, using the 34th and 15th congressional districts in South Texas as examples.

Republicans created an opening for the party in CD-15 by flipping it from a district that Joe Biden narrowly won to one that Trump would’ve carried by 2.8 points. That helps make the neighboring CD-34, which was unexpectedly close in 2020, a stronger Democratic district.

The lawsuit also challenges the Legislature's new districts for the State Board of Education, which sets standards for Texas public schools.

This story is from our news partners at the Texas Tribune.