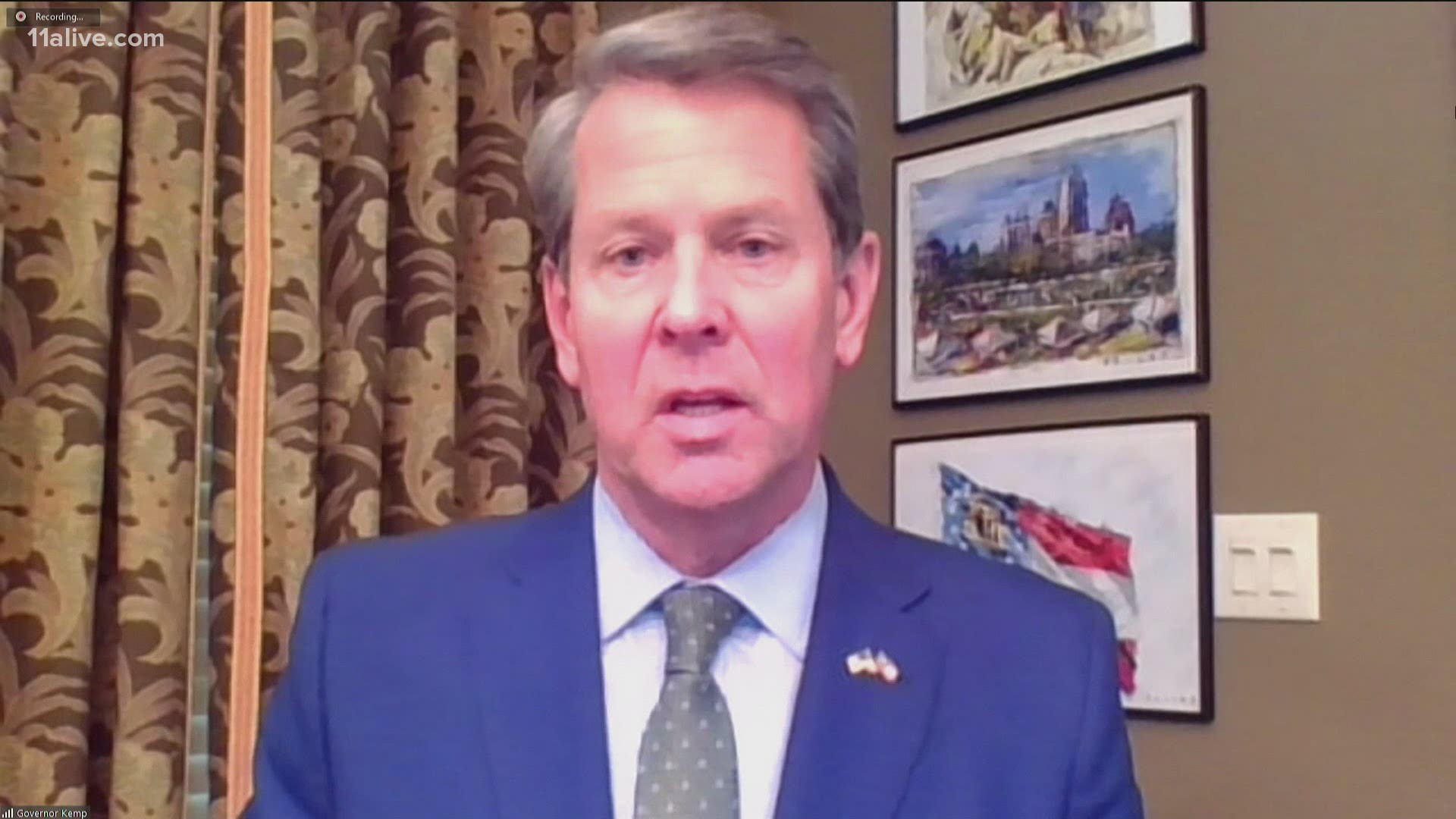 The league commissioner announced his decision Friday, capping off a week of blowback and calls for boycotts over the state’s newly signed election law.

Gov. Brian Kemp trashed the decision as being the result of 'cancel culture,' blamed it on previous Democrat gubernatorial candidate Stacey Abrams, and said Atlanta Braves leadership told him they do NOT support the decision.

“Today, Major League Baseball caved to fear, political opportunism, and liberal lies," said Governor Kemp. "Georgians - and all Americans - should fully understand what the MLB's knee-jerk decision means: cancel culture and woke political activists are coming for every aspect of your life, sports included. If the left doesn’t agree with you, facts and the truth do not matter.

This attack on our state is the direct result of repeated lies from Joe Biden and Stacey Abrams about a bill that expands access to the ballot box and ensures the integrity of our elections. I will not back down. Georgians will not be bullied. We will continue to stand up for secure, accessible, fair elections. Earlier today, I spoke with the leadership of the Atlanta Braves who informed me they do not support the MLB's decision.”

Georgia Speaker David Ralston also blamed it on Abrams and said Georgia won’t be bullied by ‘socialists’ and ‘sympathizers.’

"Stacey Abrams’ leftist lies have stolen the All-Star Game from Georgia," said Speaker David Ralston. "This decision is not only economically harmful, it also robs Georgians of a special celebration of our national pastime free of politics. But Georgia will not be bullied by socialists and their sympathizers. We will continue to stand for accessible, secure elections that are free and fair. And we will continue to speak truth despite extortion and intimidation."

Across the aisle, U.S. Senator Raphael Warnock (D-GA), said the decision was ultimately a consequence of politicians seeking to retain power.

Warnock's full statement is below:

"Businesses and organizations have great power in their voices and ability to push for change, and I respect the decision of the players to speak out against this unjust law. It is not the people of Georgia or the workers of Georgia who crafted this law, it is politicians seeking to retain power at the expense of Georgians' voices. And today’s decision by MLB is the unfortunate consequence of these politicians’ actions.

It is my hope that businesses, athletes, and entertainers can protest this law not by leaving Georgia but by coming here and fighting voter suppression head on, and hand-in-hand with the community. Additionally, the urgency to pass federal voter protection laws grows every day, and I will continue to be a leader in that fight.”

Stacey Abrams has also responded saying she is disappointed in the decision. She says she respects boycotts, but does not want to see Georgians hurt by lost jobs and events. Her statement is below:

"Republicans who passed and defended Senate Bill 202 did so knowing the economic risks to our state. They prioritized making it harder for people of color to vote over the economic well-being of all Georgians.

Like many Georgians, I am disappointed that the MLB is relocating the All-Star game; however, I commend the players, owners and League commissioner for speaking out. I urge others in positions of leadership to do so as well. As I have stated, I respect boycotts, although I don’t want to see Georgia families hurt by lost events and jobs. Georgians targeted by voter suppression will be hurt as opportunities go to other states. We should not abandon the victims of GOP malice and lies - we must stand together.

Georgia Republicans must renounce the terrible damage they have caused to our voting system and the harm they have inflicted on our economy. Our corporate community must get off the sidelines as full partners in this fight, acknowledging that the provisions of SB 202 do not expand voting rights. They restrict those rights, affecting employees and consumers alike. And leaders must publicly support the voting rights provisions in the For the People Act and the John Lewis Voting Rights Advancement Act to mitigate the harm being done in Georgia and other states.

As other events, productions and businesses weigh whether to patronize Georgia, I urge those who can to come and speak out, and I urge those who are here to stay and fight, to stay and vote. We need you. Please go to stopjimcrow2.com to find out how you can join the fight for voting rights in Georgia and around the country."

MORE ON THE LAW

SB 202 is part of a wave of GOP-backed election bills introduced across the country after the November election.

The law places new restrictions on voting by mail and greater legislative oversight of elections.

Opponents of the law say it will mostly impact urban counties with more Democrats and have referred to it as 'Jim Crow 2.0'