Abbott highlighted issues such as property taxes and education during his State of the State address on Tuesday. 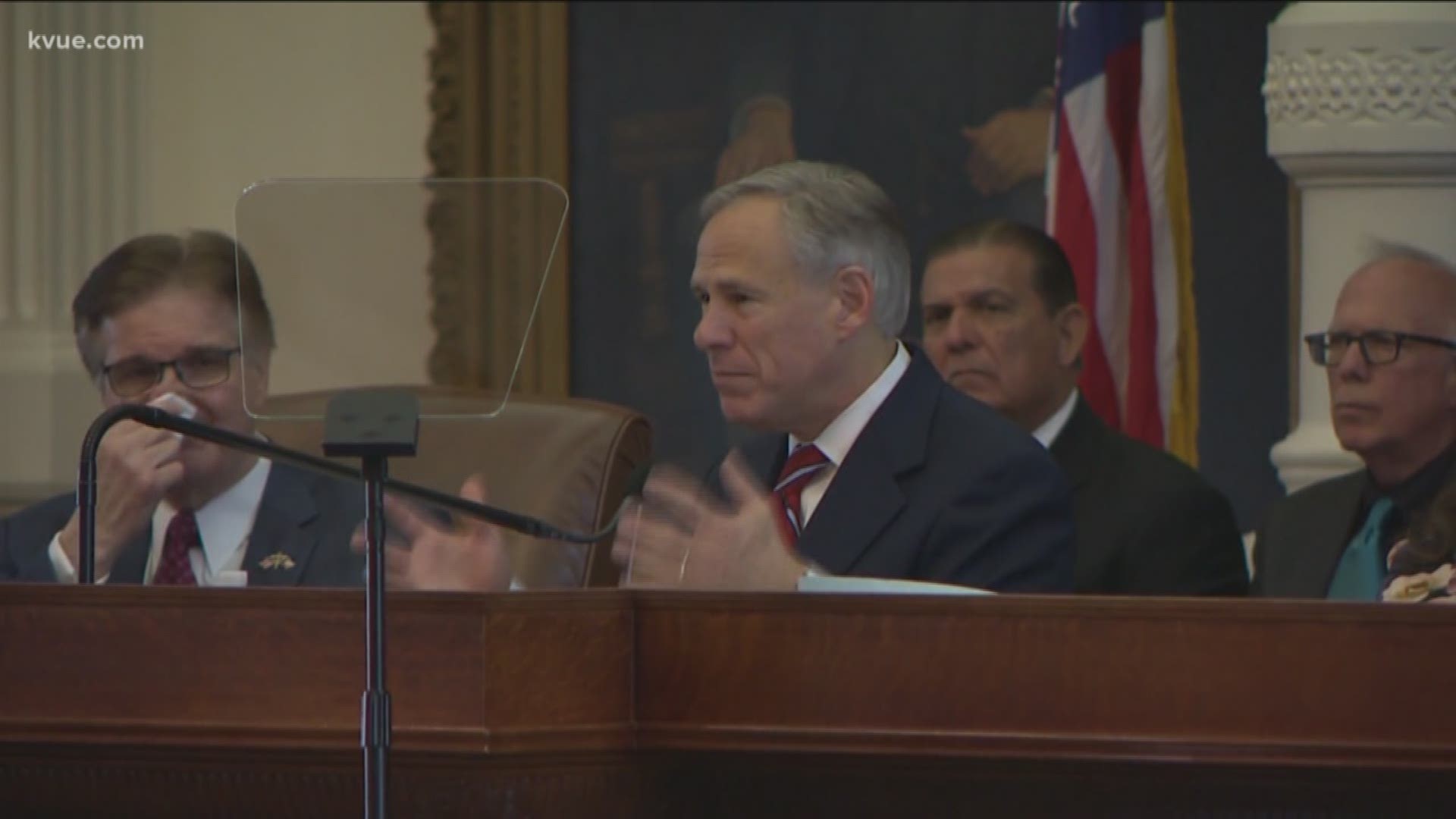 Abbott highlighted issues such as property taxes and education during the address which occurred at 11 a.m. in the House Chamber.

Abbott began his address stating the importance of this session.

“It is a session that is going to etch landmark achievements into this already historic chamber,” said Abbott.

Abbott went into detail about the growth of Texas each day.

“On this very day about 1000 new residents will call Texas home.” Abbott.

Abbott said that with the population growth there has been economic growth as well.

“We have the fastest growing economy in America.,” said Abbott. “Texas has led America in exports for 16 years in a row.”

Abbott went into detail in education advancements with more tier one universities in the state.

"We are on the path to becoming America’s epicenter for research and innovation," stated Abbott

With better education, Abbott stated we need better pay for our teachers.

As education improves, safety in schools needs to improve as well, according to Abbott.

“I am considering school safety an emergency item this session," said Abbott. “We must do all that we can to make our schools safer.”

Abbott continued to add to his list of emergency items when talking about property tax reform.

Abbott went into detail about keeping violent gangs out of the state and announced he will be adding two new anti-gang centers in Texas, bringing the number up to eight.

Abbott stated he is working to reinstate the rivalry game between the Aggies and the Longhorns.

You can watch the address below:

President Donald Trump is also expected to give a State of the Union Address Tuesday evening.