Could Texas be a battleground state come November? 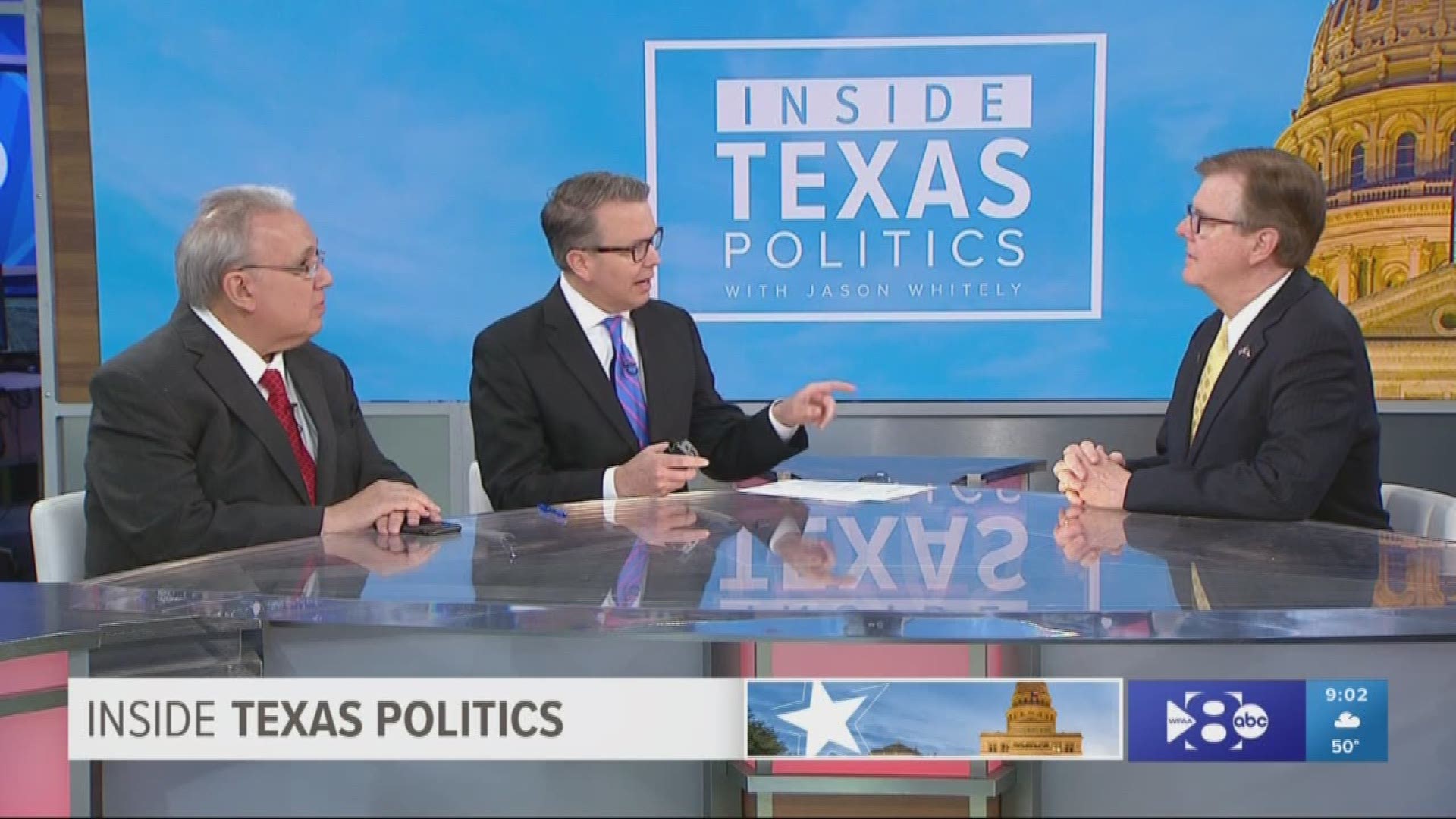 More Democrats than Republicans voted during the primary election on Super Tuesday in Texas, but Lt. Gov. Dan Patrick said it won't be enough to turn the state into a battleground come November.

"The Democrats had every reason to come out and vote. It was a contested primary," the Republican lieutenant governor said on Inside Texas Politics.

Though the Democratic turnout was large, Patrick pointed out that more people voted during the primary for President Donald Trump than for the top four Democratic candidates for president.

He also predicted that more Hispanic and black voters will turn out for Trump in November than in 2016.

Watch the full episode of Inside Texas Politics here:

Jason Whitely was joined by Abby Livingston with The Texas Tribune from Washington, D.C. to discuss Congresswoman Kay Granger’s re-election.

Granger defeated primary challenger Chris Putnam in what many expected to be a close race on Super Tuesday.

They also took a look at the chance that Republican primary winners Genevieve Collins and Beth Van Duyne have to win their respective races for Congress in November.

Collins is looking to unseat Rep. Collin Allred, D-Dallas, in November in the race for House District 32.

Van Duyne is running for House District 24 to fill the seat left open by retiring Rep. Kenny Marchant, a Republican from Coppell.

Whitely and Livingston also talked about the Tribune’s reporting that Bernie Sanders’ supporters in Texas are upset. They feel that the Democratic establishment is working against their candidate again after 2016. 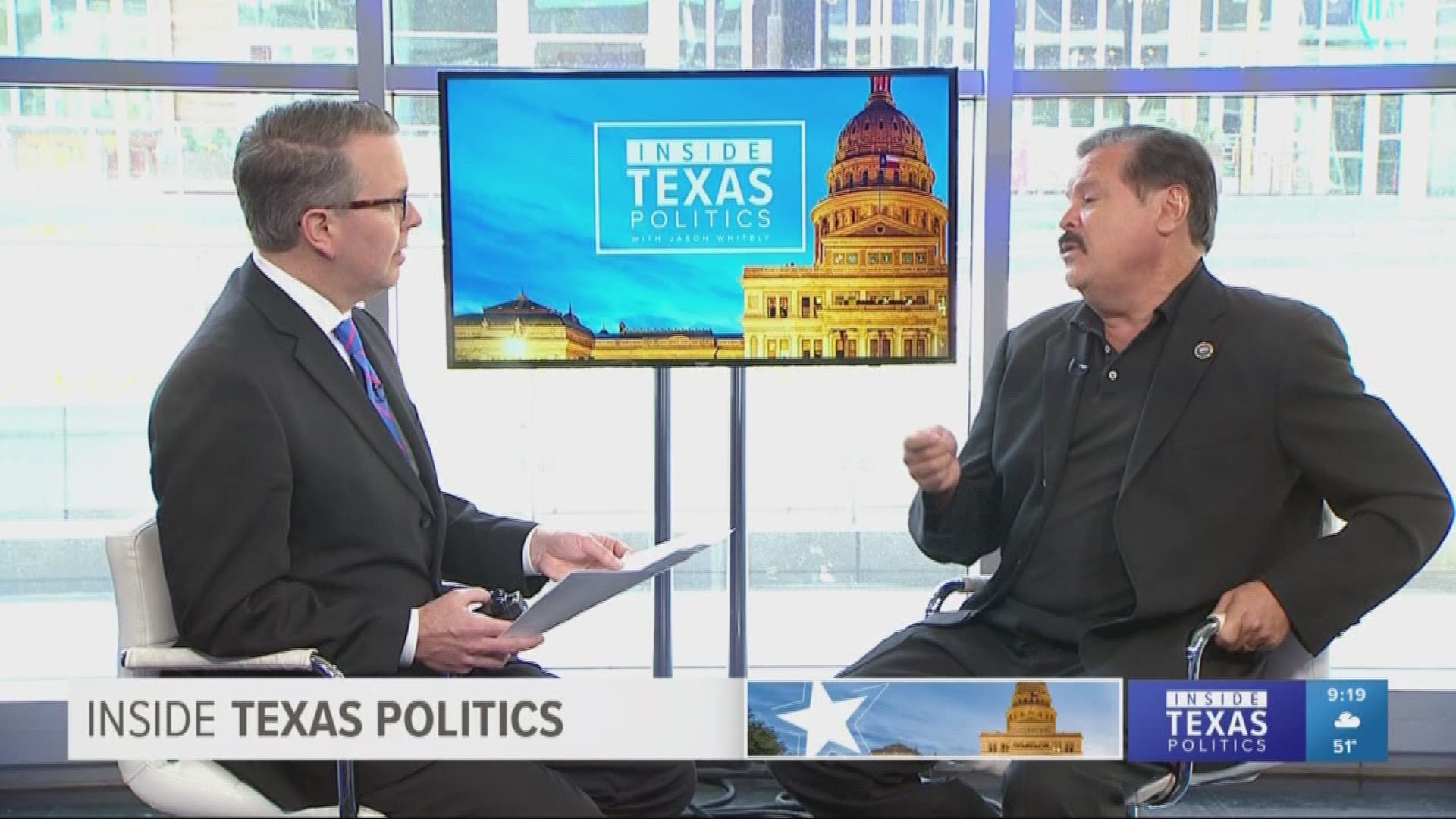 Domingo Garcia, the president of the League of United Latin American Citizens (LULAC), joined Jason to discuss the long lines and number of hours Texans had to endure across the state to vote in Super Tuesday.

Garcia blamed the Republican Party and the state government. He said it was voter suppression and that officials across the state are trying to suppress the Latino and black vote.

One reason he said that was apparent on Super Tuesday? There weren’t any long lines or people waiting up to seven hours to vote in affluent parts of Texas unlike polling places in diverse communities.

And he said the state of Texas leads the nation in closing polling sites, most of which have been in black and Latino communities.

MJ Hegar and Royce West are headed to a May runoff. The roundtable discussed whether the Latino and African-American vote will consolidate behind a candidate.

And if so, who? Also, will former rivals back West or Hegar, or will they sit on the sidelines?

The roundtable also examined the strong Democratic turnout for Joe Biden and Bernie Sanders and how, for the first time in years, Texas had a huge impact on the presidential nomination.

So what kind of shot do Democrats have here in November?

Well, Republicans also had a remarkable turnout, but the roundtable wondered whether they can stay in control.