In a vote last week, Sen. Royce West was one of 11 Democrats who joined Republicans to require that professional sports teams play the national anthem before games. 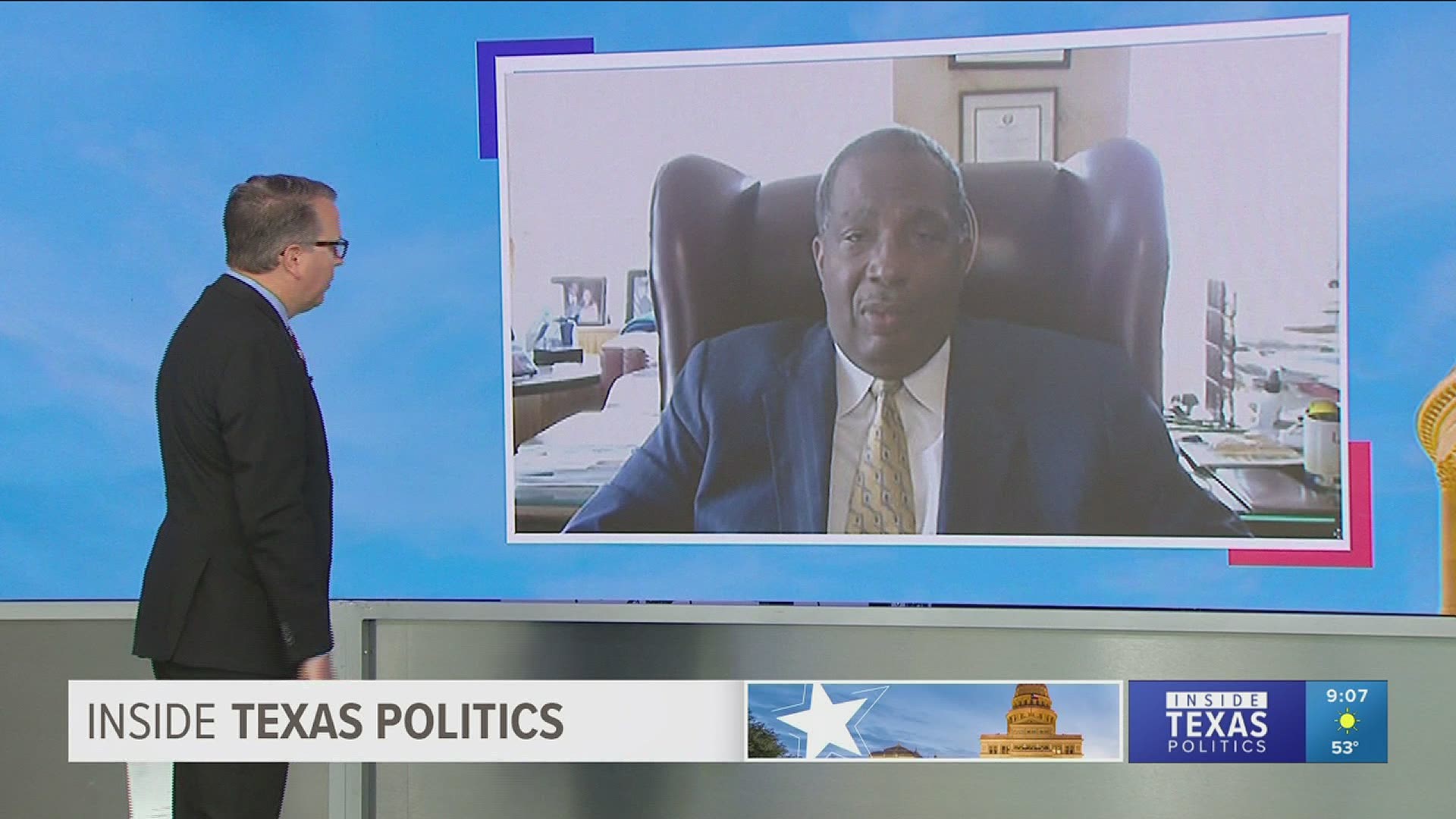 Last week, there was a surprising vote in the Texas Senate. Eleven Democrats joined Republicans to require that professional sports teams play the national anthem before each game.

Lt. Gov. Dan Patrick wanted this after the Dallas Mavericks temporarily stopped playing the song in protest at the beginning of the season.

One of those who supported it was state Sen. Royce West. He represents downtown Dallas and much of the southern portion of the county.

"Most of us were brought up singing the Star Spangled Banner," said West.

He believes people should know and sing the song, and that it brings people together.

West says the words of the song as aspirational for the country.

What happened with rent relief in Texas?

Tens of thousands of Texans are unable to pay their rent after the pandemic wiped out jobs.

The federal government sent Texas money to cover rent, but the state has completely mismanaged the rollout of that relief.

This is something that frustrates state Rep. Elizabeth Campos, a Democrat who represents San Antonio and parts of Bexar County.

"It's unbelievable. The state got $1.3 billion and as of today, there was 612 families that were assisted, that only equaled to approximately $4 million," she said.

Campos said the vendor hired by the state didn't do what it was supposed to.

"We have so many people in need," said Campos.

Now to the most controversial bills of the legislative session. The Texas Senate passed restrictions on voting locations and hours. The House is moving forward with it.

Texas Democrats are unable to stop it at the capitol.

There is no place that will be more directly impacted than Houston and Harris County. Judge Lina Hidalgo is one of the state's leading Democrats.

Harris County led the way with 24-hour voting, voter centers and more changes to get people to the polls.

"These changes are atrocious and I do believe they're violative of civil rights and our constitution," said Hildalgo.

She is calling for people to take action now to help stop these bills, which Hildalgo ultimately says result in voter suppression.